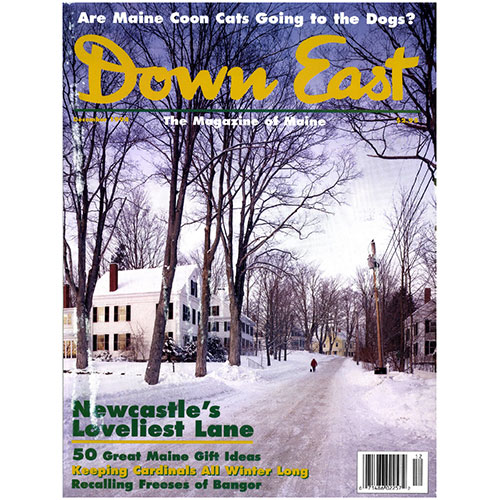 Tucked away in the heart of Newcastle is a little-known byway that looks to be straight out of Currier and Ives. By Ellen MacDonald Ward.

Married to the Sea

For better or for worse, Maine fishermen’s wives have banded together to keep fighting for their families’ way of life. By Sarah Goodyear.

Thank your bird-feeding neighbors for the growing number of cardinals that brighten the Maine winter. By Paul Karr.

Ogling the hullabaloo boots in the window was but one of the illicit pleasures the author enjoyed when the Sisters of Mercy sent her to Bangor’s largest department store on an errand of some urgency. By Deborah Dalfonso.

How Do You Tame a Maine Coon Cat?

You don’t — that’s what cat fanciers around the world learned when they tried to turn an ace barn cat into a glamorous show animal. By Jeff Clark.

Although Spruce Head Island is exposed to the Atlantic’s icy blasts,  it doesn’t shut down come cold weather. Photographs by Thomas Mark Szelog.

The Night of the ‘Grand Turk’

When the trip-weary ‘Turk’ limped into Portland Harbor in 1798, she was already in bad shape. Then a nor’easter slammed into her — and what happened next turned her into the stuff of folklore. By Nicholas Dean.

The crisp, mesmerizing lines of Michael Good’s jewelry are bringing international acclaim to this Rockport-based goldsmith. By Elizabeth Banwell.

When Casco Bay froze over  in 1934, doing business as usual took on some bizarre twists for both islanders and ferry-boat captains. By Hilda Noyes and Ellen MacDonald Ward.

The need for speed, of course, is where the real trouble starts. Everything in the computer age is directed toward speed, which gives us more time for something but I don’t know what it is. By Caskie Stinnett.

The TaIk of Little Cranberry Island

A Year in the Maine Woods by Bernd Heinrich 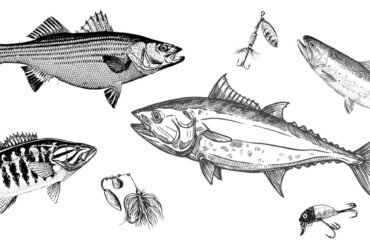