Designer Todd Snyder's L.L.Bean–inspired fall collection drops this month, but it's not the retailer's first foray into high fashion. 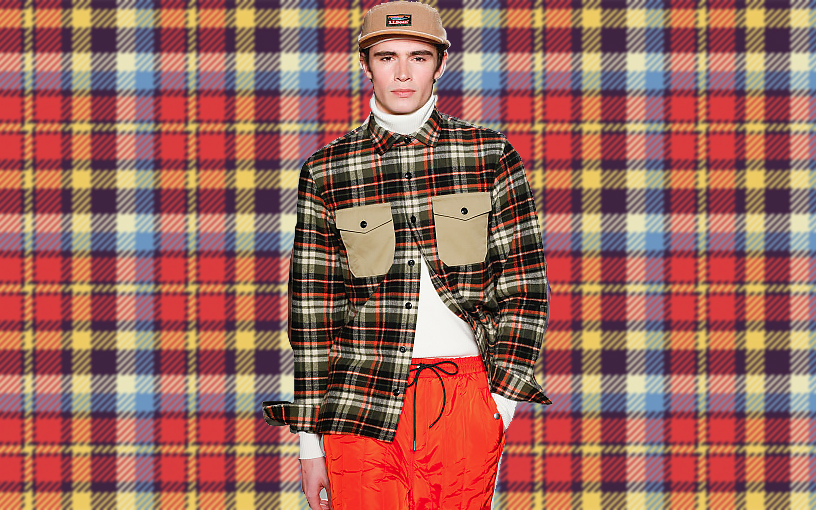 In February, when designer Todd Snyder debuted his “From Away” menswear collection at New York Fashion Week, it marked the first time that L.L.Bean has ever stormed a runway. (Vogue has the runway pics slideshow.) Snyder’s collab with Maine’s down-home outdoor apparel company — the results of which hit racks this month — may seem counterintuitive (or even, dare we say, a bit silly). But Bean’s has long had a boot planted in the loftier circles of fashion, style, and pop culture.

Hunter and fisherman Leon Leonwood Bean begins selling a single product, the Maine Hunting Shoe, aka the duck boot, a hybrid of leather uppers and rubber bottoms. A century later, as celebs like Christina Aguilera and Lizzy Caplan sport “Bean boots,” the waitlist to get a pair will be 100,000 people deep. But at the outset, Bean’s business is a one-man, one-room operation.

Eleanor Roosevelt makes a surprise visit to the Freeport store. Though the First Lady is something of a trendsetter,  the store won’t sell women’s gear or clothing until 1955. L.L. doesn’t let her leave empty-handed, presenting her with a trout knife for the president.

Release of the Boat and Tote, a structured canvas bag originally designed to haul ice from dock to yacht. The tote eventually garners high-profile fans, from the Kennedys to Chloë Sevigny to the editors at W magazine, and the mark of distinction is a custom monogram (Gwyneth Paltrow’s bag says Apple, her daughter’s name). The bag’s design spawns copycats from posh designers like Bode, Michael Kors, and Hermès.

In his landmark poem, “Skunk Hour,” reluctant Brahmin Robert Lowell wrestles with the decline of the Yankee gentry: “The season’s ill — we’ve lost our summer millionaire / who seemed to leap from an L.L.Bean / catalogue. His nine-knot yawl / was auctioned off to lobstermen.” Ouch.

Author Hunter S. Thompson shouts out the brand in Fear and Loathing in Las Vegas and wears Bean’s in public appearances, lending counterculture cred, particularly to the Rainbow Lake safari jacket (though his is an Abercrombie version).

L.L.Bean receives a special citation from the Coty American Fashion Critics’ Award, known as the Oscars of the fashion world, for the company’s contribution to menswear.