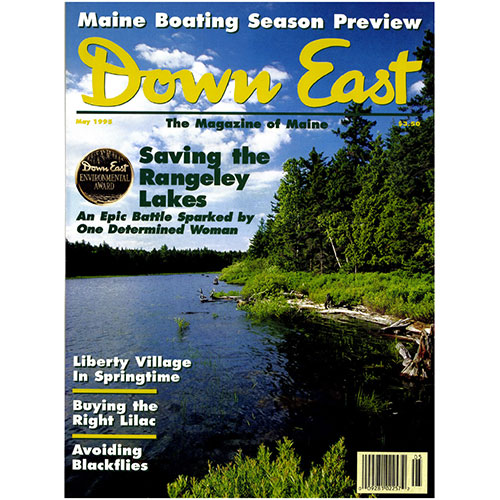 First Lady of the Lakes

Although she remains virtually unknown, Bessie Phillips set in motion an effort that has preserved almost as much of Maine as Acadia National Park. By Jeff Clark.

At Liberty in May

Even when  it quickens with springtime, downtown Liberty does not exactly bustle. It was a different story a hundred years ago. By Joseph Brown.

A Passion for Lilacs

Nurseryman Eric Welzel is wild about lilacs, and one look at the astonishing collection on his Freeport spread shows why. By Jane Lamb.

One of the first — and most dramatic — rites  of spring down east is the torching of the blueberry fields. Ken Textor explains the tradition.

Life among the Megaliths

Backyard gardeners  in Maine can either curse the bounty of small boulders they encounter or learn to live with them. By Richard Grant.

Home Is Where the Crafts Are

A Deer Isle summerhouse stylishly accommodates both an extended family and an extensive crafts collection. By Sarah Goodyear.

State historians have mounted a search for the vanished bust of one of Maine’s most heroic Civil War generals. By Ellen MacDonald Ward.

We are all aware that there are certain sounds repeated so often, like spring peepers or night crickets, that we no longer hear them. That’s the way computer talk affects me; it just ceases to register in my consciousness. By Caskie Stinnett.

The Talk of May

Always, Rachel: The Letters of Rachel Carson and Dorothy Freeman