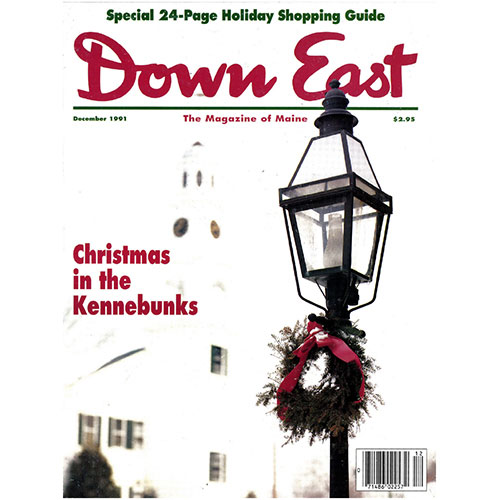 Few towns in Maine get as wrapped up in the holidays as these two resort communities on the southern coast. By Beth Crichlow.

Only a twelve-year-old Maine girl could give England’s greatest novelist the dickens. By Kate Douglas Wiggins.

Since 1931 Don Hall and his family in Sangerville have been selling Christmas trees, an enterprise that saved the family farm. By Jeff Clark.

In the grim prewar days  of 1940-41, Camden tickled the nation’s funnybone with its claim to fame as birthplace of the man who “invented” the doughnut hole. By James P. Brown.

Piper Prince of the Cranberry lsles

With an engaging smile, an easy-going manner, and a gift for storytelling, artist Ashley Bryan has enchanted children everywhere. By Carl Little.

Rachel Carson touches words like a harpist touching strings. Not only is her spirit bright and  filled with the love of life itself but her touch is sure. By Caskie Stinnett.

The Talk of Presque Isle

Reining in the Teens