Anatomy of a Joke 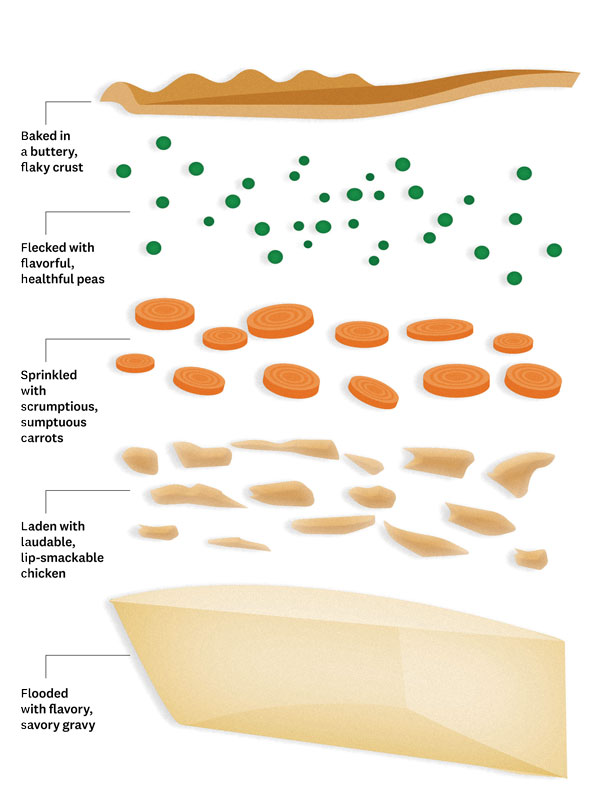 [dropcap letter=”W”]ay back in 2012, Dysart’s, the Bangor-area truck stop and diner, shot a down-homey commercial with real customers heaping praise on the classic potpie. The script was basic: “This is real comfort food!” and that sort of thing. But local retirees and Dysart’s regulars Jack and Sonja Palmer wound up so very tongue-tied over one particular line — “baked in a buttery, flaky crust” — the ad company posted the blooper reel online.

The skit made me laugh — and it made me hungry, so I made an impromptu sojourn to Dysart’s after it aired. My takeaway? Listen, people, Dysart’s potpie is no laughing matter. It is an achievement.

Sure, the concept seems simple enough — gravy, peas, carrots, and chicken, all beneath a top layer of crust — but nailing that crust is the scourge of lesser potpies. At too many restaurants, it’s flaccid and colorless, and the filling turns it into a soggy mess.

Dysart’s uses a simple mix of flour, salt, milk, and Crisco. Then, right before the pie hits the oven, the uncooked crust gets slathered with a layer of butter to form an appealingly golden-hued shellac. Should that be so difficult to replicate? Somehow, Dysart’s just does it best.

It’s a primeval joy to stab a fork through that gorgeous potpie crust. The first bite has a way of leaving you inarticulately happy.