Paul and Laura Reynolds didn’t want to drive to Rangeley for dinner. So they opened a restaurant. 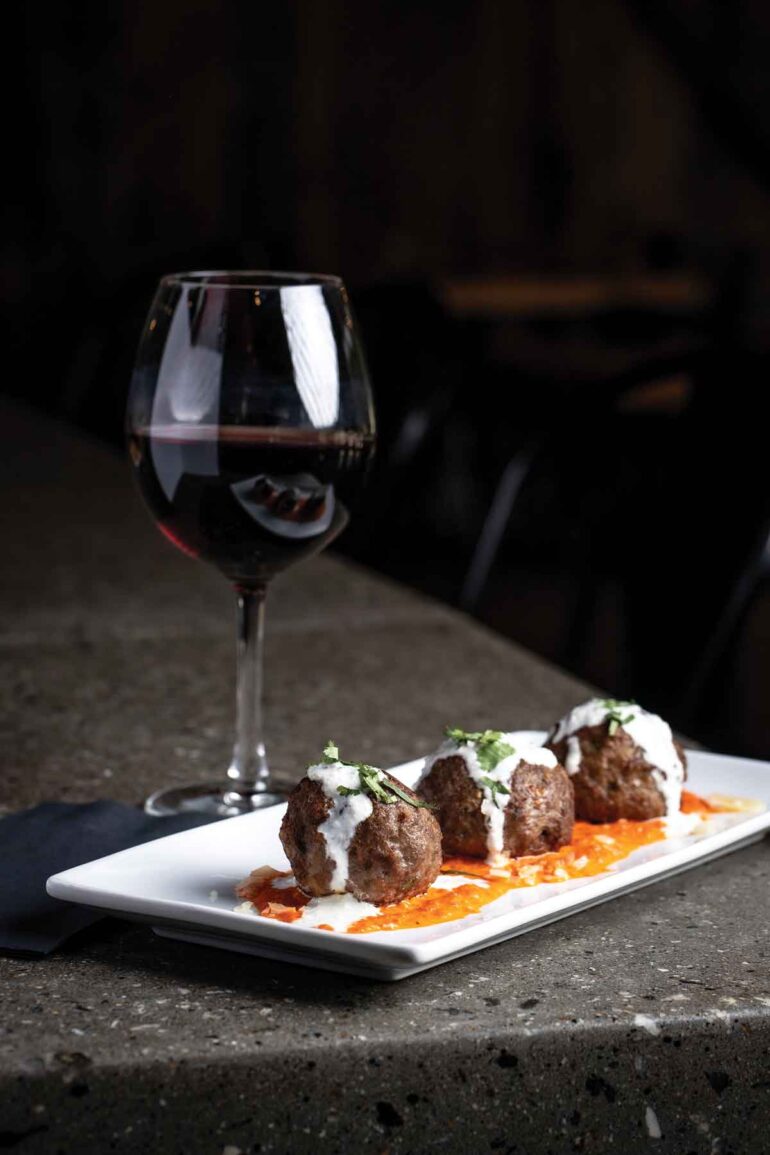 The village of Oquossoc has long been the sleepy, other-side-of-the-lake counterpart to Rangeley. The surrounding area draws boaters, anglers, skiers, snowmobilers, and anyone else who enjoys the company of bulky mountains and expansive lakes, which was usually enough to keep a few restaurants going in Oquossoc. Seven years ago, Paul and Laura Reynolds moved to a spot near the village after decades of visits — her family has had a house around there since the ’70s. Soon, though, Oquossoc hit a little bit of a slump. One well-worn restaurant closed. Another scaled back to only serving breakfast. The Reynoldses decided to do something about it. “Neither of us had ever even waited tables,” Laura says. In their professional lives, she’d worked at IBM and he’d worked in investing. “We’d been planning to retire here ever since we started working,” Paul says. “So we retired, and then we started a restaurant.”

Portage Tap House opened in 2019 with a menu that runs the price-point gamut from pub grub to wood-fired pizzas to New York strip steak. The idea was to create a come-one-come-all restaurant, good for grabbing wings and a beer or tucking into surf and turf and a nice glass of red wine. Even the dishes that skew casual get plenty of care and attention in chef Jamie Doyon’s kitchen. Corn on the cob, for instance, is prepared as a variation on Mexican street corn, but instead of grilling the corn, Doyon gives it a quick dip in the deep fryer, then drizzles it with chipotle mayo and garnishes it with fried onions. Overall, the Reynoldses set out to offer food that didn’t show up elsewhere in Rangeley or Oquossoc. Burgers aren’t hard to find in the area, but theirs is made with ground bison (as is their meatloaf) and topped with a sweet-savory heap of bacon-onion jam.

When Portage Tap House opened, it had the only wood-fired oven in the area (since joined by Rangeley’s Furbish Brew House & Eats). That oven produces pizzas with thin but sturdy crusts and just the right bit of char dappling the edges. Pizzas come a variety of ways, from the classic margherita to clams on an oil-and-garlic-based pie to barbecue chicken. The latter, topped with brie, is especially hearty, and its barbecue sauce — which also graces baby back ribs and oven-roasted chicken wings — is made in-house with wild Maine blueberries and a balancing hit of chipotle pepper.

The open kitchen faces a rustic-industrial dining room with two antique canoes, strung with lights, suspended from the ceiling. The Reynoldses aimed to foster the feel of a proper hangout — a place that would eliminate the urge to drive into Rangeley for a night out. “One of the most important things for us was having a horseshoe-shaped bar,” Laura says, “because we wanted everyone to be able to talk across it and get to know each other and just have fun.” The pandemic dinged some of that capacity for conviviality this past year, but business has been good, and expanded outdoor seating has proven popular. The biggest current obstacle is the staffing shortage that’s squeezing restaurants around the country. For Laura and Paul, it’s another reason to get deeper into their new line of work — she’s been stepping in as sous chef, and he’s been washing dishes.

The dining room and bar; fried corn on the cob.

Their restaurant takes its name from the history of its location, on Carry Road. The road traces a canoe portage between Mooselookmeguntic and Rangeley lakes first tramped by members of Maine’s native Wabanaki tribes, then followed by European traders, and now employed by recreational paddlers on the Northern Forest Canoe Trail. If you’d just paddled across windy Mooselookmeguntic and lugged a canoe overhead for more than a mile, you could do much worse than to find yourself in front of a piping-hot pizza and a cold beverage at Portage Tap House.

Drinks
The big selection of draft beer (plus bottles) focuses on Maine brews. And on hot summer days, the Kennebago Kick, made with tequila, lime and grapefruit juices, and jalapeño simple syrup, is a standout cocktail.

Dessert
Among the rotating cast of sweets, a single serving of the decadent chocolate-fudge layer cake could probably sate a family of four.

Congratulations to the Winners of the 2021 Down East Lobster Roll Competition!