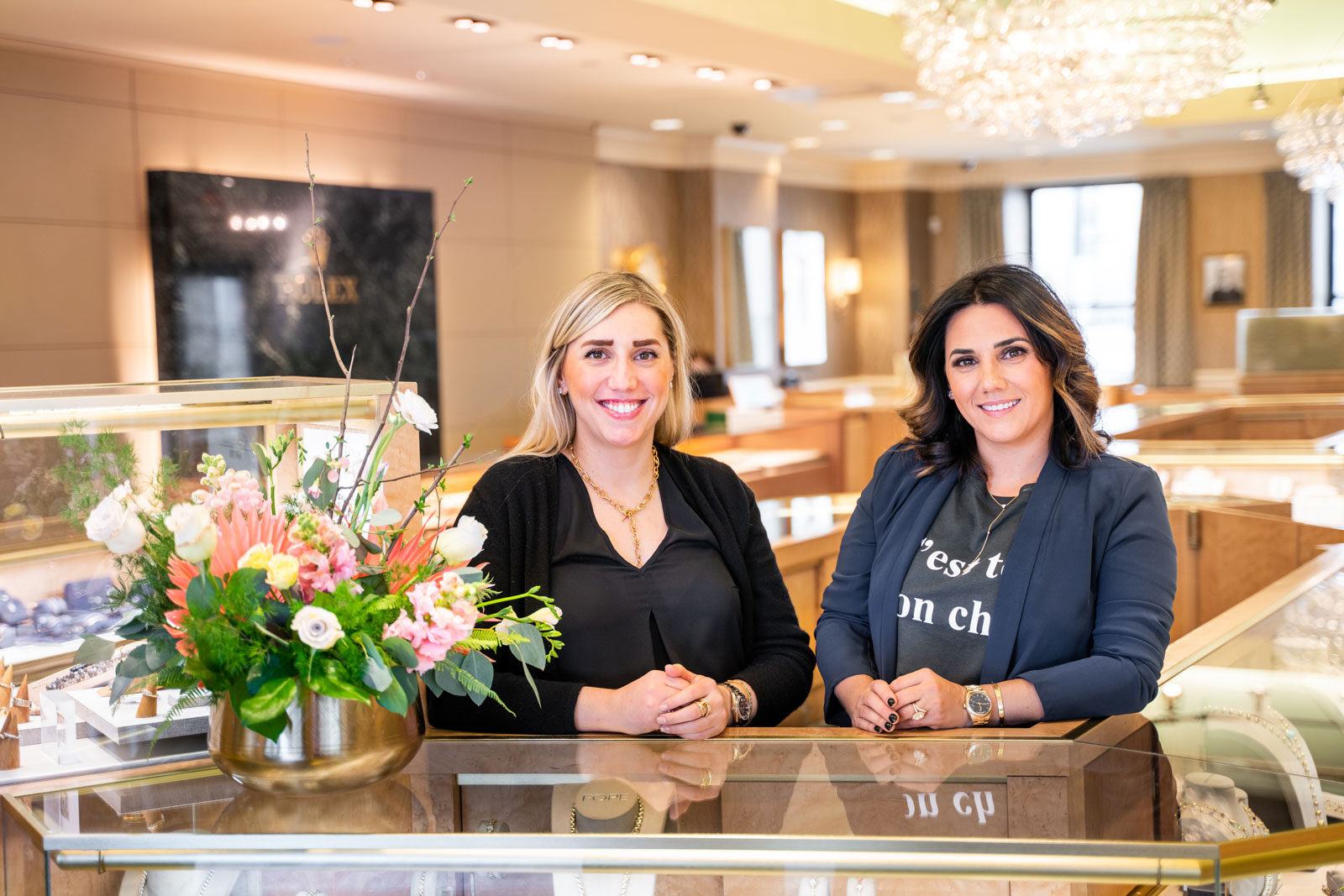 George T. Springer opened the original Springer’s Jewelers in 1870 in what’s now Westbrook (it was called Saccarappa back then). In 1900, at age 70, he moved the business to Portland, then sold it to one Edmond Beaulieu Sr. Edmond’s son joined the business in the ’40s, his son took over in the ’80s, and today, as Springer’s celebrates its 150th anniversary, it’s among the ranks of Maine’s oldest family-run businesses. In recent years, even as the retail jewelry sector has contracted nationally, Springer’s has continued to thrive under the direction of a fourth generation: 35-year-old company president Lilly Mullen and her sister, 33-year-old Zoe Beaulieu, a certified gemologist and Springer’s estate department manager and diamond buyer.

For Springer’s — whose newest waves of clients are increasingly millennial and female — having a pair of millennials behind the wheel has presented an opportunity to expand beyond some of the company’s traditional brands and services, while still staying true to what’s time-honored. “It’s a delicate balance,” Beaulieu says. Alongside premier brands like Rolex watches and Hearts on Fire diamonds, the sisters have started introducing contemporary designers like Dana Rebecca Designs (whose designs can be seen on celebs like Taylor Swift, Kerry Washington, and Kate Hudson), and local designer Maine Melon, whose pieces are inspired by the beautiful coast and islands of New England. In 2014, Springer’s launched its own signature line of bracelets, rings, and necklaces, featuring vintage stones and settings remade into one-of-a-kind, refreshed looks — the sisters dubbed it the 1870 Collection. Meanwhile, they’ve overseen a revamp of all three Springer’s stores — expansion is in the works — incorporating elements like cozy private seating areas for consultations and tablets with apps that show shoppers how gems in different settings might look on them.

The name of the game, the sisters say, is authenticity — a quality valued in equal measure by millennial consumers and New Englanders of all ages.

“We’re nurturing relationships,” Mullen says. “People come to us at the most exciting moments of their lives. These are important purchases, and we want them to feel confident about what they’re buying.”

A devotion to authenticity drives, for example, Springer’s increasingly robust presence on Instagram and Facebook. Social media, Mullen says, is where the company can attract the attention of new customers who might not come a-browsing in the brick-and-mortar store, but it also helps foster personal connections with customers. “It helps us show them that we’re not just a chain store,” she says. “We’re real people who wear these pieces in our everyday lives.”

The sisters’ commitment to authenticity even affects their approach to managing Springer’s 40-person staff. An emphasis on flexible scheduling and continuing education, Mullen says, helps Springer’s attract and retain team members, and it better equips them to be genuine and effective on the floor. “If people feel like they can grow professionally while still being able to have family lives,” she says, “then they’re a lot happier, more confident, and better able authentically to connect with clients.”