The Future of the Children’s Museum & Theatre of Maine

Imagine a 30,000-square-foot museum and theatre devoted to making Maine an extraordinary place to be a child. Set to open in 2021 at Thompson’s Point in Portland, the Museum & Theatre will double its size, diversify the age range it serves, increase accessibility to public transportation, connect closely with Maine’s natural habitats, and dramatically increase its impact on the educational development of children of all means and abilities. Here’s a sneak peek. 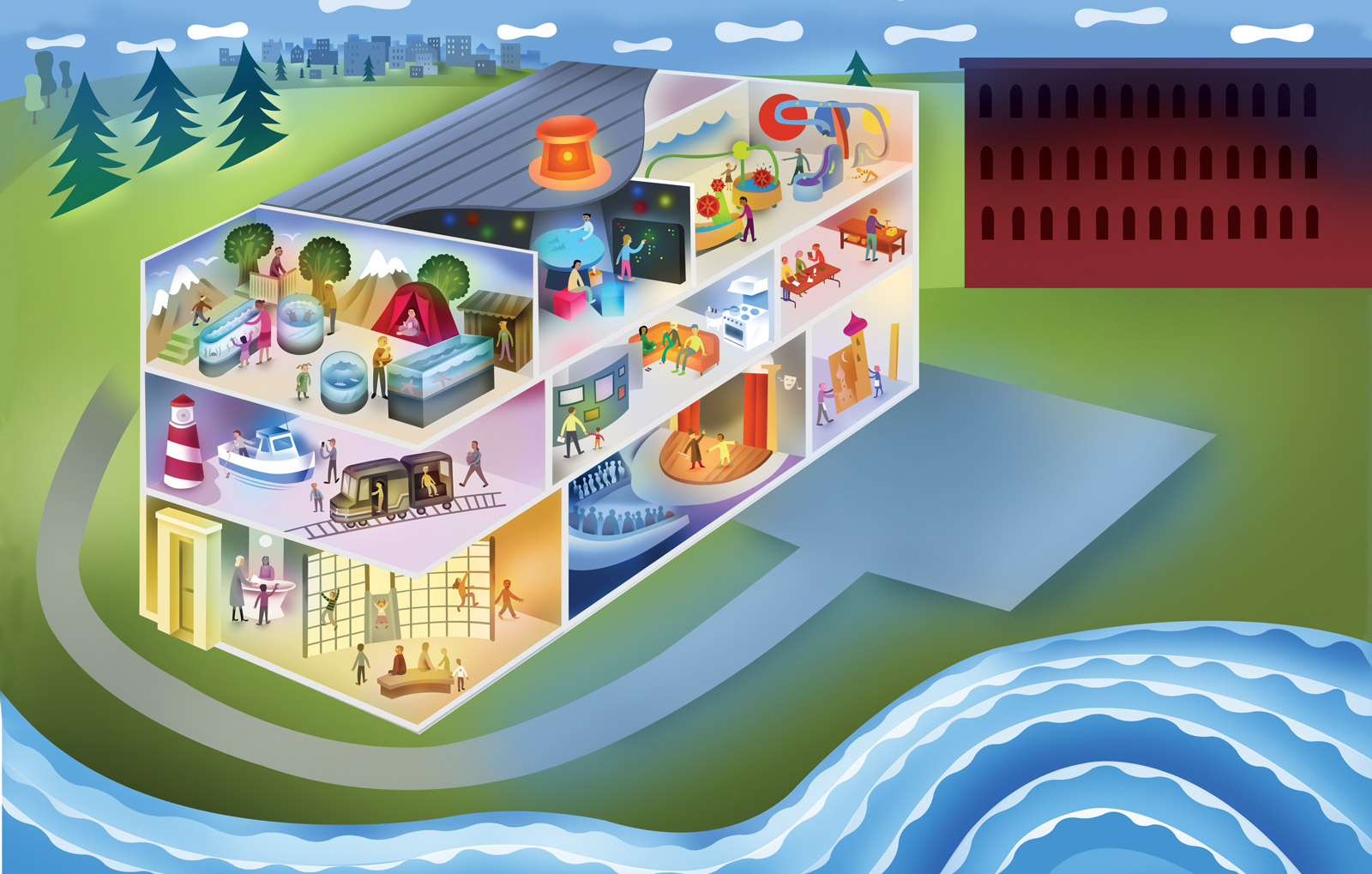 <p><strong>MOUNTAINS TO THE SEA AQUATIC EXHIBIT </strong></p> <p>This 2,000-square-foot exhibit features aquariums and touch tanks that will showcase Maine’s watersheds and ecosystems — mountain rivers, intertidal zones, and the Gulf of Maine. From observing the behavior of turtles to discovering a jellyfish under an ocean pier, visitors of all ages will have the opportunity to observe nature, test hypotheses, and build curiosity.</p> <p>
</p> <p><strong>SMALLPORT, MAINE EXHIBIT </strong></p> <p>Kids can explore replicas of iconic Maine landmarks — a lighthouse, lobsterboat, pier, and seafood market — as well as a Portland fire truck and Amtrak train. Standing in an air-traffic control tower, kids can watch real planes taking off and landing at the Portland International Jetport across the river</p> <p>
</p> <p><strong>STEM GALLERIES </strong></p> <p>As part of an entire floor dedicated to STEM education, several exhibits will provide hands-on learning with the elements of water, light, and air. Children of all ages can explore principles of gravity and kinetic energy and experiment with physics, design, and engineering.</p> <p>
</p> <p><strong>SHARING ME EXHIBIT </strong></p> <p>Sharing ME celebrates and empowers the community living within the land we now call Maine. The exhibition brings stories and traditions to life and provides a platform for visitors to share stories of their own. An integrated workshop, with a demonstration kitchen, extends the experience into art and food education.</p> <p>
</p> <p><strong>MADDY’S THEATRE </strong></p> <p>Building on its legacy as the country’s oldest operating children’s theatre, performances on-site and in the community will engage family audiences in dynamic productions that promote literacy, compassion, and empathy. This new performance space will serve the northern New England arts community.</p> <p>
</p> <p><strong>OUTSIDE PLAY </strong></p> <p>The Museum & Theatre’s future home on the Fore River will allow families to discover and explore the natural world with a large climbing structure, an enclosed sand play area, a shelter-building activity, a garden classroom, a ground- level stone labyrinth, a grassy lawn area with picnic tables, and plenty of space for community gatherings.</p> <p>
</p> <p><strong>EASY ACCESS </strong></p> <p>With ample parking surrounding it and a location adjacent to the Amtrak train, Concord Coach Lines, and Interstate 295, the new Museum & Theatre will be more accessible than ever. Once through the doors, all families will enjoy the Universal Design that goes above and beyond ADA accessibility.</p> <p> 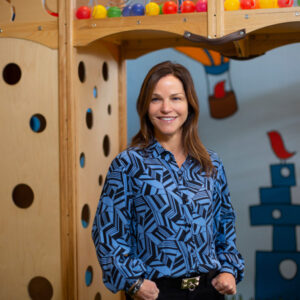 Like a lot of families, Drew and Barbee Gilman moved to Maine to give their kids a safer, more down-to-earth upbringing than they thought they’d get in New York City. During their first winter in Portland, the Children’s Museum & Theatre of Maine was a lifeline. After school, the exhibits and galleries became their go-to destination. The kids and families they met there became their community. “I treasured the quality family time we spent at the museum and the stimulating educational experiences the kids got there,” Barbee says. “And I cherished this incredible network of parents that I met through volunteering at the Museum & Theatre.”

Barbee’s passion for the museum and her belief in the importance of early childhood education has endured. A devoted Museum & Theatre volunteer and board member for over 15 years, she is leading the capital campaign for the new Children’s Museum & Theatre, set to open next year. One of the exhibits on an entire floor devoted to STEM education will be named by Drew and Barbee Gilman as a legacy for their children. It is the Air, Ramps & Balls Exhibit, designed to let kids experiment with the laws of physics.

“When I look back on my life,” Gilman says, “helping to make this project a reality for future generations will be one of the things that I’ll be most proud of.”

There are many ways that your family’s name can appear in the new Children’s Museum & Theatre of Maine. See how you can help build this experience at kitetails.org/imagine.