We’ve looked back on the hundreds of images that graced the pages of our magazine this year and picked the 10 that stayed with us long after the issue went to print. Here are our faves from 2014.

From our September story “Does This Look Like a Man Who Would Name His Boat Princess?“

“Sending a NYC-based photographer to a fishing village on Maine’s Bold Coast may sound like a crazy idea. However, David is no ordinary NYC photographer. He spends his every minute of free time on the ocean, usually holding some sort of rod and reel. As such, David wasn’t just perfect for this shoot, he also hit it off with the Cutler fishermen.” — Mark Fleming, visuals editor 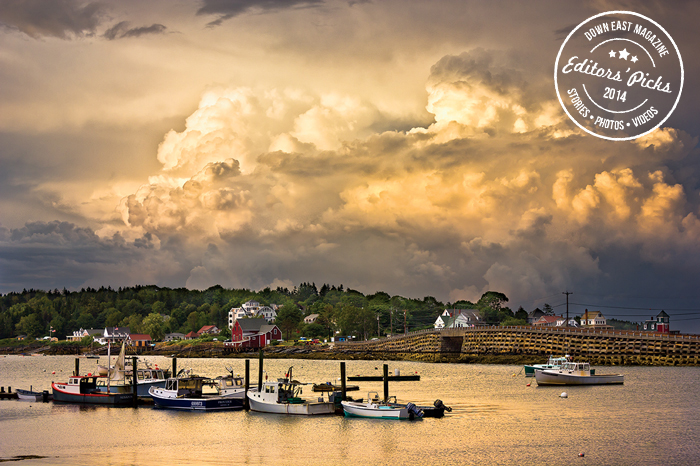 From our August story “Maine Scenic 60”

“Ben told me he’d been chasing thunderstorms all summer, hoping to capture the dramatic cloud formations. When he finally caught up with this storm on Bailey Island, he got this image, which practically jumps off the page. It was the first one I picked for our Maine Scenic 60 feature for the magazine’s 60th anniversary.” — Mark Fleming, visuals editor

From our February story “The Survivors”

“While working on this story, Mark and I spent time at the Jack Mountain Bushcraft field school in northern Maine, where learning to pole a canoe is a big part of the curriculum, and this shot nicely captures the sense of freedom that’s a big part of life up there. Love the waterline perspective too.” — Brian Kevin, associate editor 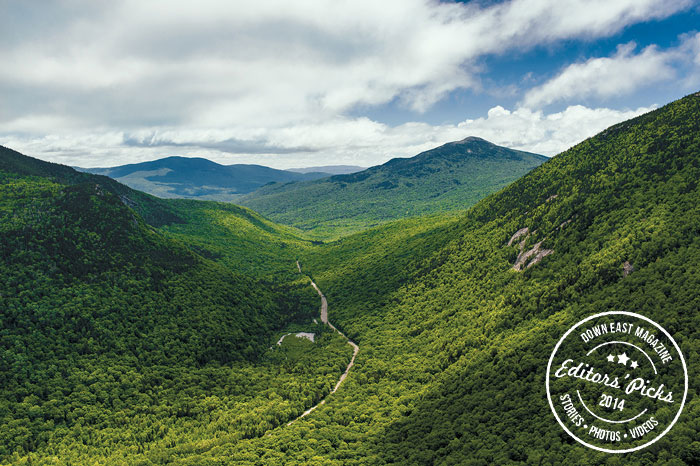 From our August story “Maine Scenic 60”

“Views like this are why people go in hiking in Maine’s western mountains — and the search for a shot like this is why so many people pursue photography. Still, not every image of Grafton Notch feels so rich and three-dimensional.” — Brian Kevin, associate editor

From our August story “Best Lobster Roll in Maine”

“This photo represents all that is good about spending your summer in Maine. It reminds me of volunteering to sample every lobster roll I could get my hands on for this story. I got to taste the winning roll with Kristin while she photographed it. In fact, we might have polished off several, just to ensure she got the shot right.” — Laura Serino, digital editor 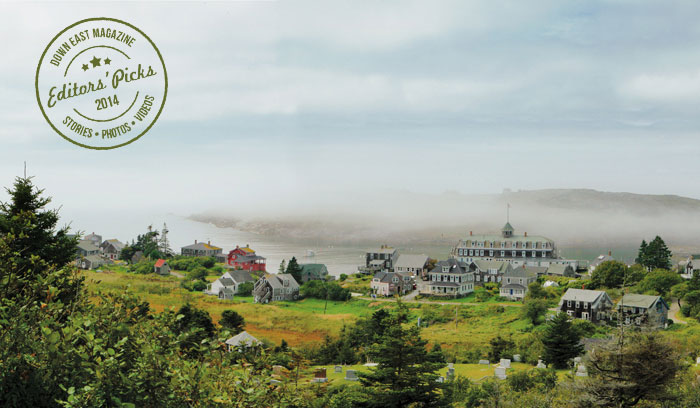 From our May story “The Last of the Monhegans”

“For our story about year-round life on Monhegan, we wanted to showcase the quintessential shot of the island that conveys its magic and grandeur. This picture itself is an invitation to visit.” — Kathleen Fleury, editor in chief 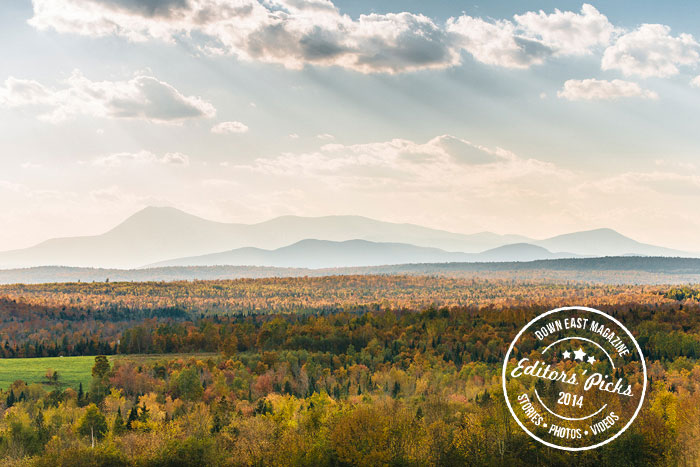 From our September photo feature “Once More to the Woods”

“The golden light, the blazing foliage, the misty mountains on the horizon — Mark captured the essence of October so well that I can almost feel that warm sun and smell the soft, spicy scent of the forest.” — Virginia M. Wright, senior editor

From our October story “Unshaken”

“When I learned we were doing a story on the world’s last three remaining Shakers, Sean was my first choice for a photographer because of his passion for documenting history and his personal approach to portraiture. The portraits he captured on 8×10 sheets of film are timeless.” — Mark Fleming, visuals editor 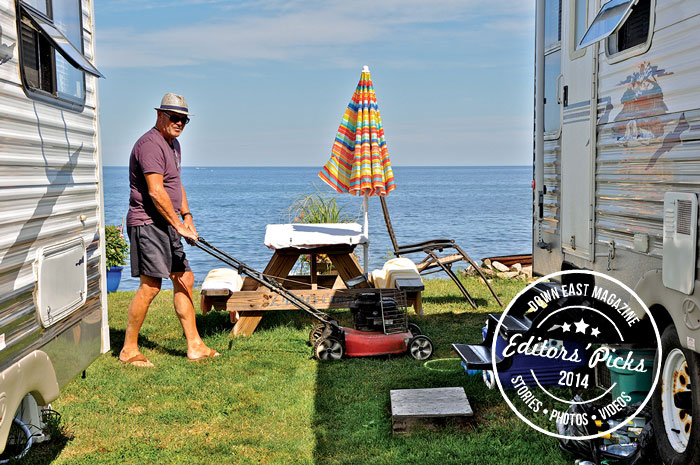 From our August photo feature “0.02 Acres of Heaven”

“I can’t help but grin whenever I see this photograph of Glen Guidi mowing his postage stamp of a lawn at Libby’s Oceanside in York Harbor. Glen looks like a guy with stories to tell — and I bet most of them are funny.” — Virginia M. Wright, senior editor

Featured in our July story “Best of Maine”

“Star Point makes the perfect cover image for Down East, and here’s why: I was having lunch with a lifetime resident of MDI who had never heard of this breathtaking spot on the island. Success! Oh, and it’s magnificently beautiful.” — Kathleen Fleury, editor in chief

Need a gift for someone who loves Maine? Give a subscription to Down East today!