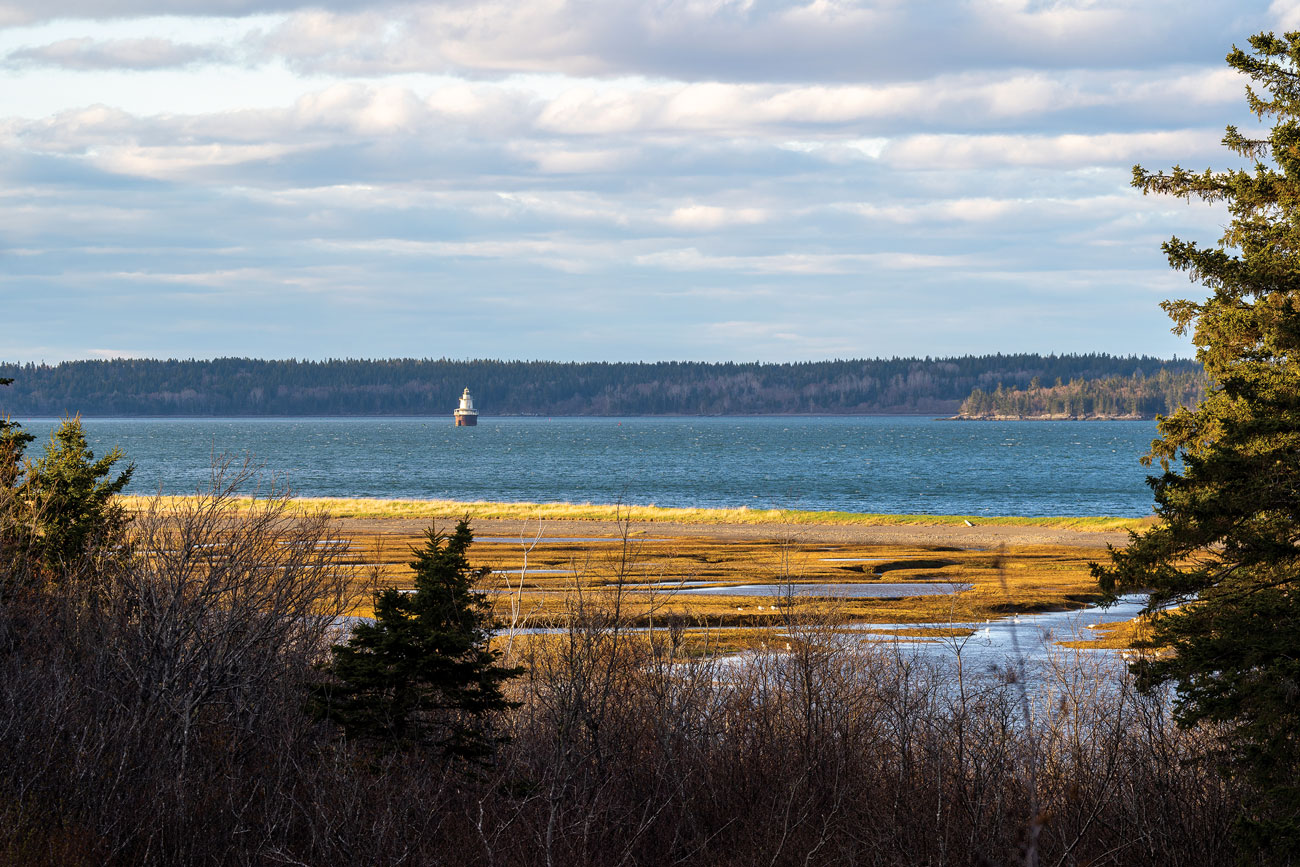 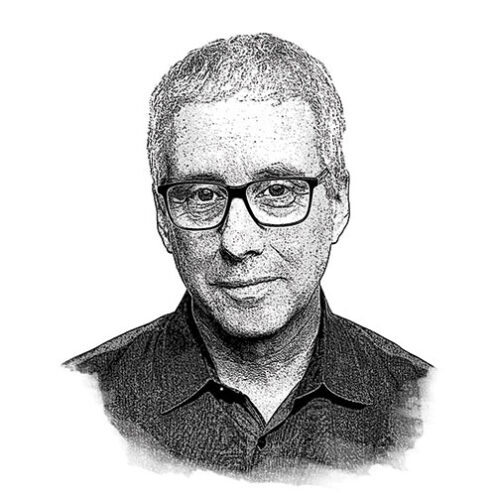 Other Favorite Spots
Gifford’s Ice Cream in Waterville and Liberty Tool in Liberty
Other Maine Biking Adventure
BikeMaine 2015, a 61-mile western Maine trek that Maine Public president and CEO Mark Vogelzang also participated in. “He kicked my butt every day.”
Other Honors
The Columbia-duPont, Emmy, and Walter Cronkite awards for broadcast journalism, plus a 2017 honorary degree from the University of Southern Maine

On a summer morning in 2004, David Brancaccio set off on his bike from a rental cottage on Lubec Channel toward the 26 slender antenna towers that comprise the naval communications station in Cutler. “I like my radio antennas,” says the Peabody Award–winning host of American Public Media’s Marketplace Morning Report. “Where some people might see lights, I see something beautiful.” But the 1,000-foot arrays, which transmit very-low-frequency (VLF) wavelengths to submarines, were farther away than he thought — it was a 50-mile round trip — and he hadn’t packed any food. Growing cranky on the way back, he pulled over in what turned out to be a blueberry field. “I ate about half a pound of these things, which are the perfect sugar boost, got back, and was like, ‘that’s Maine, baby.’”

David Brancaccio fell in love with radio at age 13, during a stint reading the news for Colby College’s WMHB. “They couldn’t get undergrads to do Saturdays at 6 a.m., so they got me,” says Brancaccio, whose family moved to Waterville from New York when he was 3. His father was an English professor at Colby and his mother taught junior high. At 15, he became a DJ/newsman on Waterville’s WTVL, where he gained “minor notoriety” for mixing in George Clinton and Talking Heads tunes with the expected easy-listening fare. He began his business-reporting career at Marketplace in 1989 and returned in 2010, assuming the hosting gig three years later.

Today, 9.5 million weekly listeners tune in to Marketplace Morning Report weekday mornings on National Public Radio to hear Brancaccio calmly deliver the latest on seesawing markets, interest rate cuts, and presidential campaign spending. He tries to get to Maine whenever he’s not at his New York bureau, his South Orange, New Jersey, home, or traveling for work (“It turns out I’m also a reporter, not just one of those anchormen,” he told us when we caught him on the road between St. Louis and Memphis). He and his wife, Mary, and their three kids have spent happy vacations in Georgetown and Harpswell. But his favorite coastline on earth is along the placid Lubec Channel, punctuated by its eponymous sparkplug lighthouse.

“You know that classic Maine conundrum, ocean or lake? This is the perfect compromise — it’s calm, there’s no roar at night,” Brancaccio says. “And, you have to understand, I kind of know what I’m talking about. I’ve been so many places — I have something to compare it to when I say the Maine coast is the best.”