All Hail the Curry King! 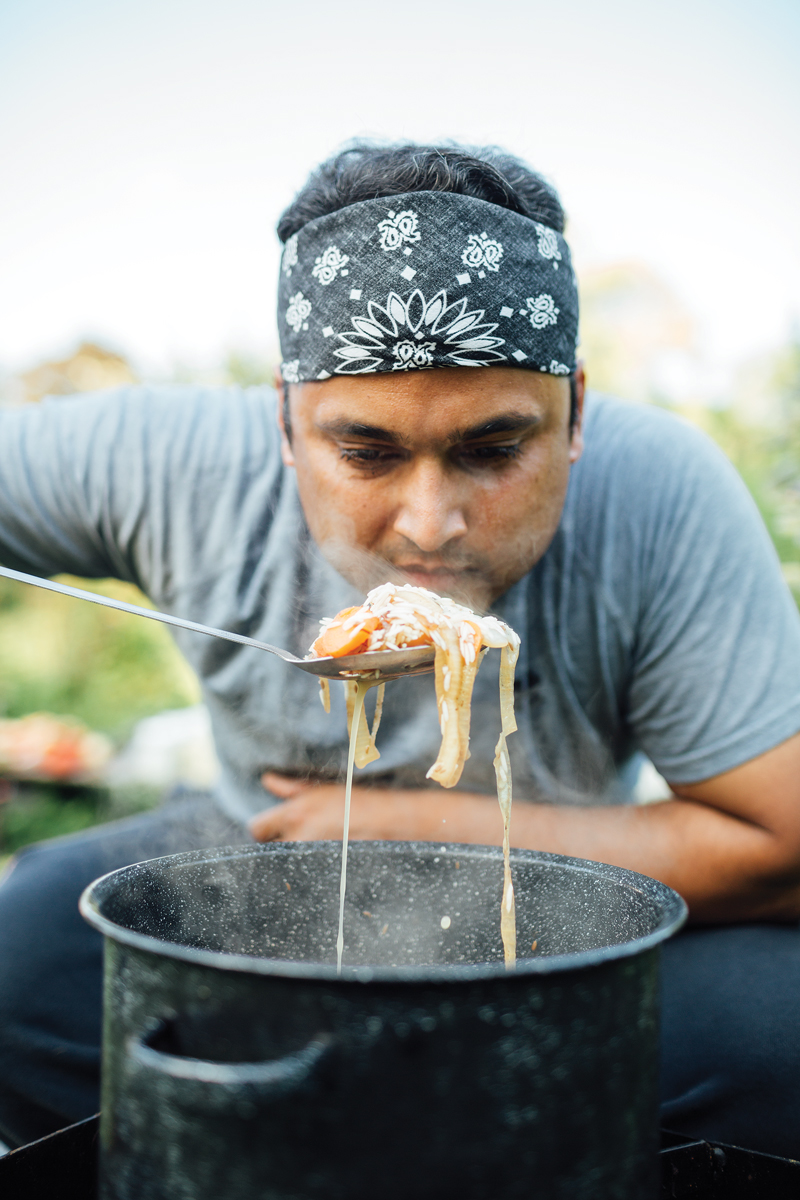 Arif Shaikh has designs on a midcoast curry empire.

The coronation took place on a cold, clear day last winter. Alone, Arif Shaikh went out back of his tiny apartment and, over an open flame, made a steaming cauldron of curry. Henceforth, he’d be known as the Camden Curry King, lording over an invitation-only Facebook group called the Camden Curry Top Secret Club, through which he’d purvey his spicy, aromatic fare to the masses.

His family emigrated from India when he was 3, and he grew up watching his mom cook, but his culinary ascent began after college, while living in New York, working in finance. “At first, I was dazzled by all these nice restaurants,” he remembers. “Then, one night after a really expensive dinner, I just said, you know what, I’m never doing this again. So I bought a bunch of pots and pans and started cooking like crazy.”

One recent evening, the Curry King invited a pair of callers to his backyard. “You’re about to have the best food in the world!” he proclaimed upon their arrival.

Last year, he moved to the midcoast for a job. It didn’t pan out, but he decided to stay and make curry. After that first backyard batch, he started fielding home-delivery orders from Curry Club commoners. When demand spiked, he had followers meet him outside Camden’s post office at preordained times.

Then, he decided to rent space from a Rockland breakfast joint a few evenings a week, christening his brick-and-mortar operation Darn Fine Curry. Monarchal power has its limits though: the “Darn” was initially a “Damn,” but the city code enforcement officer vetoed it. 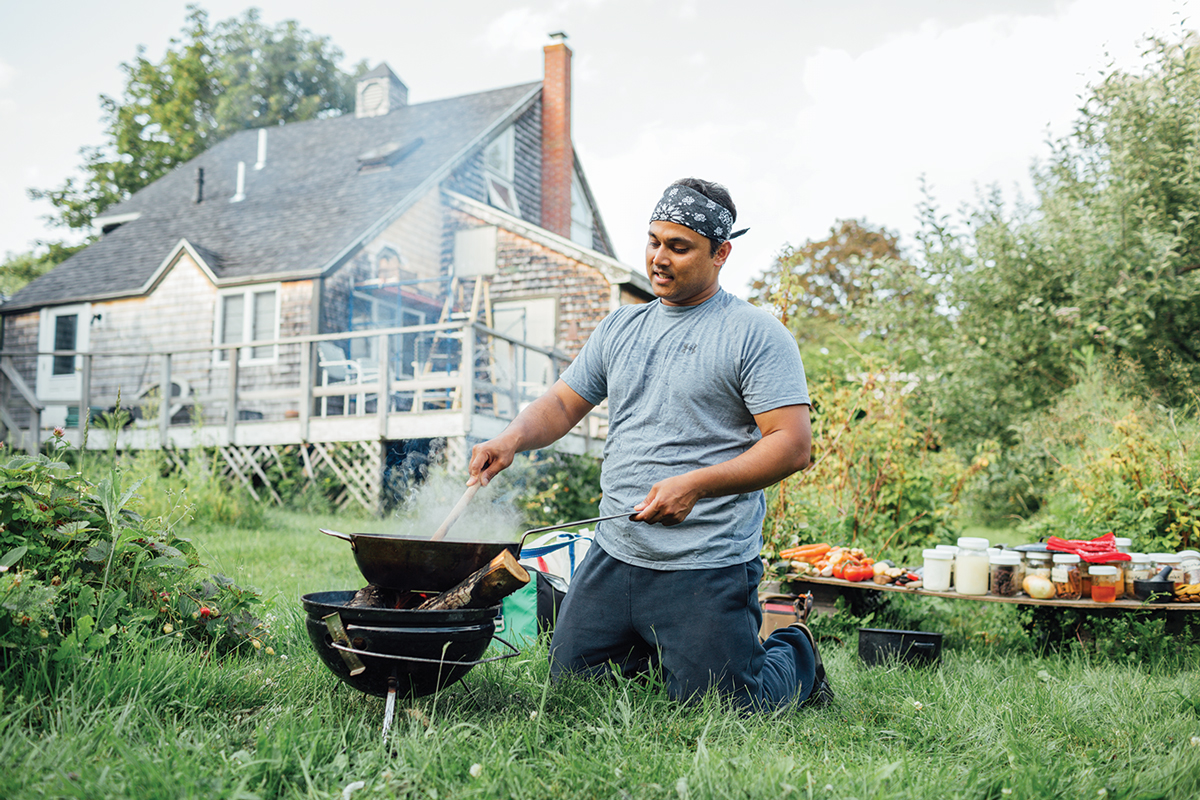 One recent evening, the Curry King invited a pair of callers to his backyard. “You’re about to have the best food in the world!” he proclaimed upon their arrival, his crown a bandana across his forehead. The air smelled of woodsmoke and onion. A board, set between two garden boxes, sagged under the weight of spices (anise, cardamom, paprika, cumin, saffron) and vegetables (carrots, zucchini, tomatoes), plus jars of nuts, clarified butter, and yogurt.

He split firewood with a hand ax. He ground spices with mortar and pestle. He seared the bone-in, skin-on chicken in a pot. The curry bubbled, splashed over, hissed on the flames. The Curry King sampled and sampled. Seven days a week, he said, he eats curry, and “you know it’s done by smell and taste.”

As the sauce simmered, he pondered how long he’d rent in Rockland, or whether he might expand the empire to Belfast or Augusta. One way or the other, he said, he’d bring his cooking to the people.

He ladled the curry onto plates, with a fragrant side of rice laced with raisins and pistachios. “Every Indian family makes curry a different way, like a signature,” he said, cross-legged in the grass, leaning over his feast. “It’s a meaningful process for me.”

Then the Curry King took a bite. “Mmm,” he hummed. “Wow! Mmm.” And just like that, he was lost in royal reverie.