Leigh Kellis's vegan Sweet Sea Cookies are good for the ocean, anyway (and they taste great). 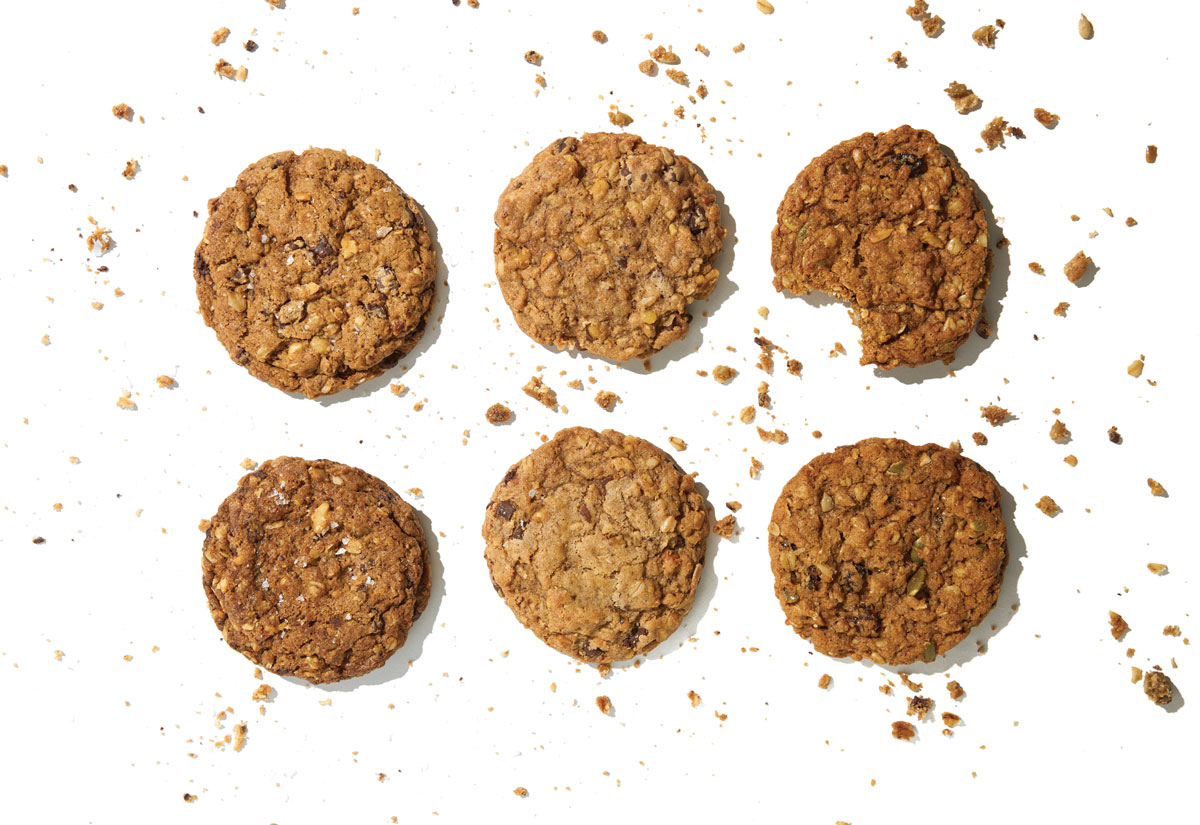 Since 2012, the decadent halos of fried potato dough at Holy Donut have inspired near-religious devotion among Portlanders. Now, founder and doughnut fanatic Leigh Kellis has a new sugar hustle, Sweet Sea Cookies. The cookies, which come in three varieties, aren’t the gut bombs that Kellis’s doughnuts are, but they’re awfully tasty. They’re also vegan. And they’re packaged in compostable cellulose, with compostable paper inserts that give tips on how to reduce use of ocean-polluting plastics. Kellis is also working on launching a Less Plastic Portland campaign, which will use a cut of cookie sales (and additional fundraising) to help promote other local businesses that practice ecofriendly habits. The overlapping projects were born of dual passions, she says — “delicious things and protecting our beautiful earth.” Can we get an amen?

A sprinkle of flaked sea salt balances against sweetness. Buttery and rich (despite being vegan) and laced with chocolate chips and chunks of walnut.

Loaded with sunflower seeds and oats too — a totally justifiable breakfast. (Also full of chocolate chunks — so also a pretty fine dessert.)

Classic chewiness inside a crispy exterior, with gently warming notes of cinnamon and brown sugar, plus earthy pumpkin and sunflower seeds playing against sweet raisins.