[Y]ou should consider it your foremost good fortune if, when your dining companion complains of the sniffles and considers canceling evening plans for a meal out, your intended destination is Bao Bao Dumpling House. You might cluck sympathetically and then dangle the health benefits of Bao Bao’s green vegetables steeped in oyster sauce, or a steaming bowl of beef noodle soup, not to mention all those restorative capsaicins contained in Sriracha and chili oil. And what, you might proffer as you jingle the car keys, could be more comforting than diving into a dish of chicken or pork dumplings?

But it’s not the health benefits that have rocketed this cozy eatery to success since it opened last October. No, that would be the deserved attention bestowed upon its 27-year-old chef-owner Cara Stadler. Ridiculously accomplished for her age, Stadler, who also owns Tao Yuan in Brunswick, was named one of Food & Wine’s best new chefs for 2014 and nominated for a James Beard award in 2015. She shrugs off the recognition. “I developed a 10-year plan when I was 16, and this is where I thought I’d be.”

[infobox maintitle=”A Food & Wine Best New Chef” subtitle=”Bao Bao was one of the most anticipated Portland restaurant openings in 2014 because its chef, Cara Stadler, had attracted national attention with her culinary gifts at Tao Yuan in Brunswick.” bg=”black” color=”white” opacity=”off” space=”60″ link=”no link”]

Stadler began tackling that plan straight out of high school. Eschewing college, she worked the trade, going from kitchen to kitchen and country to country, eventually doing her formal training in France. The money her parents had saved for her college tuition became the seed money for her restaurants.

Bao Bao is tucked in a small storefront on the easternmost fringe of Portland’s West End. Transforming the former market and deli into a sleek and stylish restaurant took some doing, and restoration and renovation problems slowed the much-anticipated opening. The local food blogosphere breathlessly counted down the months and weeks until the doors opened. When they did, they revealed a space that reflects Bao Bao’s name, which translates to “wrapped treasure” in Chinese. Designed by Stadler’s mom and business partner, Cecile Stadler, the long, narrow room feels open and lofty. The walls are painted a grayish-blue with a wash of metallic silver. The light fixtures — fashioned from metal to look like oversized Chinese birdcages — hang from the recessed center of the ceiling. You can’t help throwing your head back and gazing up. Dominating the west wall is an enormous copper dragon sculpture; photos and batiks hang from the facing wall. A sunken bar, backed by a glassed panel that glows with a golden-orange light, is tucked in a rear corner. There is an almost cafeteria-like din when the room is packed, which it often is (hours are 11 a.m. to 1 a.m.). 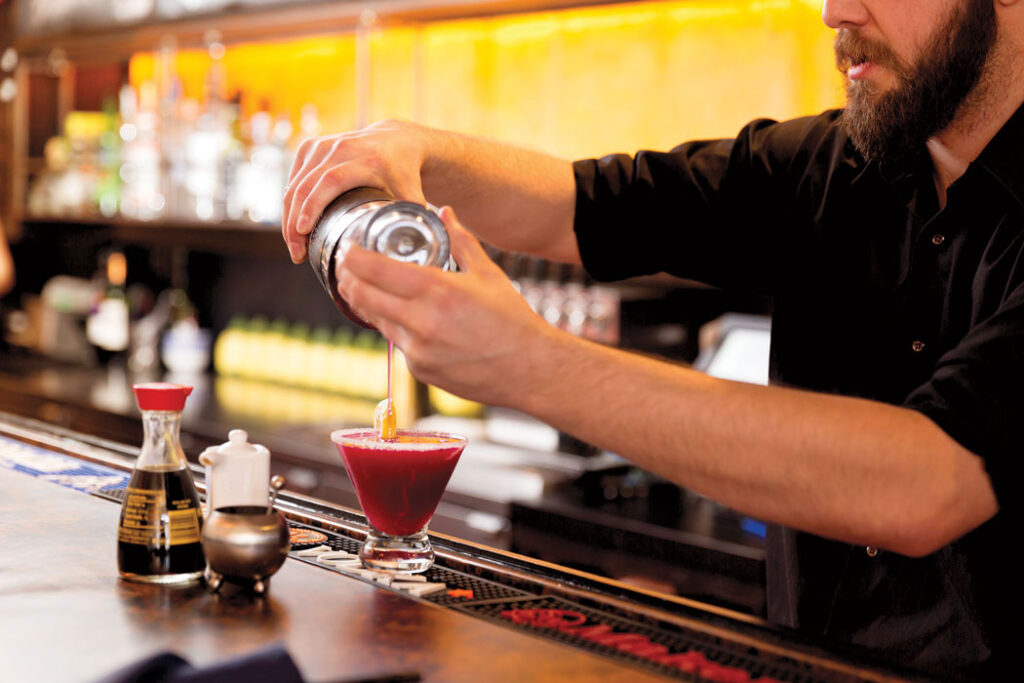 Bao Bao caters to diners with all sizes of appetites: those who are looking for a light lunch, those who want to settle in for a filling evening meal, and those popping in for a bite before or after a show. The affordable menu (dumplings range from $6.08–$8.08 — the numeral 8 signifying luck — the large bowls are in the mid-teens) allows you to construct whatever dining experience you desire. A snack and a side will tide you though the rest of the workday, but the best way to experience Bao Bao is to dig into a broad sampling of all its various textures and flavors.

Finding open seats at the bar in this busy restaurant may enhance your feeling of good fortune. House-made bitters and syrups elevate fun and fruity drinks like scorpion bowls and Mai Tais without sacrificing the kitsch factor: Your tiki drink will come in a ceramic pineapple; your scorpion bowl will be aflame. There are 10 varieties of tea, and the beer selection is serious, a fine array of Maine and guest taps.

You are going to have dumplings — served either boiled or pan-fried — so start there. The pork and cabbage are the most traditional; the most imaginative are those stuffed with succulent lamb, black bean chili, and whole peanuts and served with a tomato sauce for dipping. Seasoning is generally subtle in the dumplings, but each table has decanters of black vinegar and soy sauce and a pot of arbol chili oil for mixing (in your own personal ramekin) a sauce tempered to your desired heat, saltiness, and umami.

A brilliant complement to the dumplings is the Asian slaw — a heap of slithery strands of red cabbage, snow peas, scallions, and cilantro mixed with whole peanuts and crispy fried shallots, bathed in a soy sauce-and-rice wine vinagrette. The cool crunch of the smashed cucumbers gets some zing from garlic, black vinegar, and fiery chili oil. (Those who do not find pleasure in having their sinuses cleared in such a fashion can have the sauce served on the side.) The big bowl — choices include beef noodle soup with “dynamite sauce,” miso ramen with pork brisket, and cold peanut, scallion, cilantro, and sesame noodles — is meant for sharing and arrives with a side bowl and porcelain soupspoon for each diner.

Surely there’s room for a sweet. The signature dessert buns have an exterior akin to a glazed doughnut and a red bean paste filling that is just sweet enough to extinguish any lingering fire. Go ahead and try them. You’ll feel lucky you did. 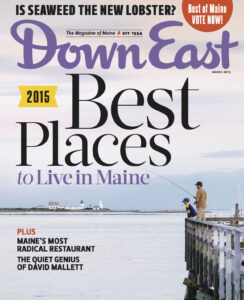