The Maine-iest Cheese and Crackers

What does the founder of Maine Crisp put on her buckwheat crackers? 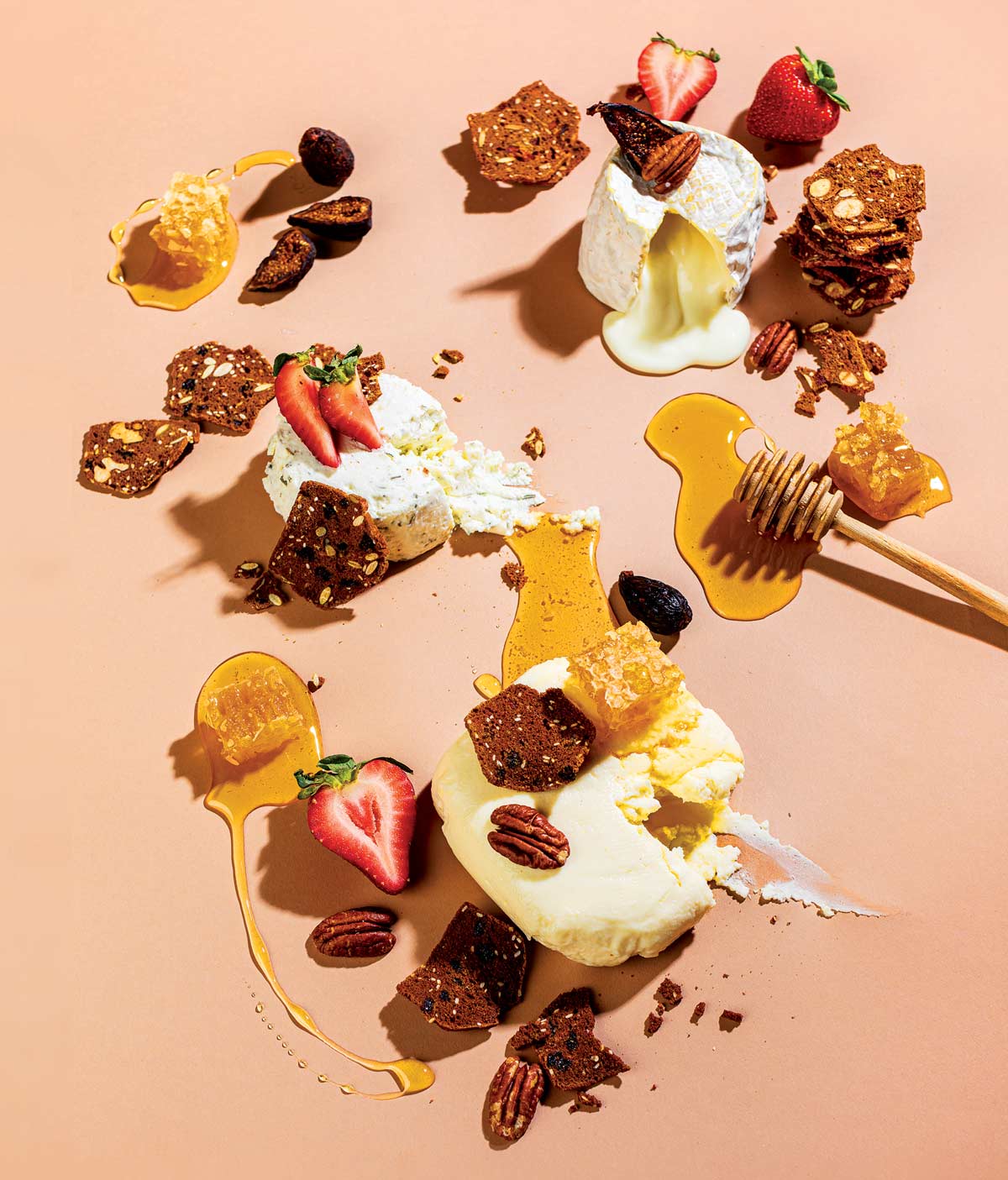 For Karen Getz, it all started with buckwheat. She knew the ingredient from travels in Japan, where she snacked on soba noodles, which are made with buckwheat. In her role as a buyer for Middlebury Natural Foods Co-op, in Vermont, she encountered buckwheat in flour form, a faintly nutty-tasting and increasingly popular gluten-free baking ingredient. When her husband got a chance to move from Vermont to Maine for work, she wasn’t sure she wanted to go — until she saw all the buckwheat.

“We were up in Aroostook County on a work trip for my husband,” she recalls, “and I saw fields of organic buckwheat, and I realized, oh it grows all the way up here?” In that moment, the idea for Maine Crisp Co. popped into her head. Getz knew gluten-free eating was on the rise. She knew she wanted to work with wild blueberries. And now she knew she needed to make something with all that buckwheat. Plus, in Vermont, she had raised cows and made cheese, and crisps were just the other side of the cheese-platter equation.

Figs and blue cheese are one of the all-time great pairings,” says Getz, who thinks the Cascadilla Bleu from Lakin’s Gorges Cheese will go just right with her newly released Savory Fig & Thyme Crisps.

After she moved to Waterville, in 2014, it only took a few months in her home kitchen to figure out the process — baking mini loaves, then slicing and baking again, sort of like making biscotti — and to develop the first two flavors, cranberry almond and blueberry walnut. “Cheese making taught me that you want to have a balance of flavors,” she says. “You want to taste something up front, have more flavor open up as you chew, and for it to have a finish.”

She started offering free samples at local shops and slowly built her crisps into a viable business. After moving from the home kitchen into a commercial kitchen, she began investing in machinery to make the process quicker and easier (custom-made loaf pans, a depositor to distribute the batter evenly, a slicer to eliminate the need for knives). Her two daughters graduated from college and came to work with her. She added cinnamon maple to the lineup and just recently released fig and thyme. And last year, she landed distribution deals with Whole Foods and Hannaford. The latter displays Maine Crisps right by Getz’s earlier love, cheeses. “Having that background, I knew what would pair nicely with cheese,” Getz says. “Pairings are about having two products that are nice apart but together create something even better.”