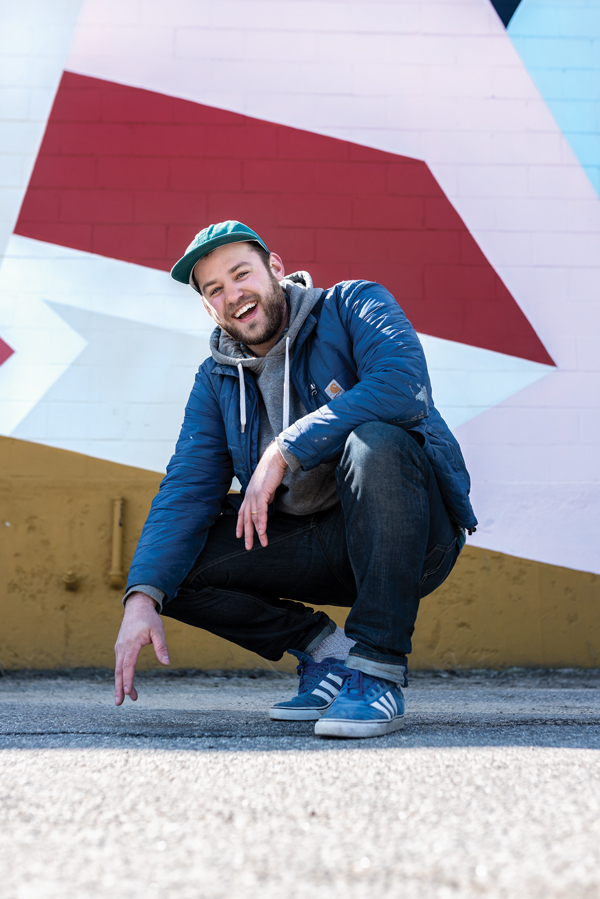 Font of knowledge: For Will Sears (here, in front of his East Bayside mural) lettering was a gateway drug to mural painting. Photograph by Séan Alonzo Harris.

Will Sears gives Portland a fresh look and blurs the line between commercial and fine art.

[dropcap letter=”S”]ign painter and visual artist Will Sears recently took a spin around Portland to contemplate his art: a kaleidoscopic mural in East Bayside, the orange-and-teal sign outside an Old Port taqueria, the flowy gold lettering in the window of a Congress Street lingerie shop. His work is so widespread that it seems intrinsic to the look of the city, although ubiquity was never part of Sears’s plan. “I just started faking it till I . . .” He laughed. “I guess I’m still trying to make it.”

Sears, now 30, grew up in Philadelphia. His parents, both commercial artists, used to give him font books for fun. In college, he studied industrial design — “ergonomic handles for ice cream scoops; I didn’t care” — before switching to painting and getting into graffiti-style art. One of his earliest of influences stuck with him: “The thing I kept coming back to was typography.”

Sears has dyslexia, and these works, he explained, reflect his relationship with language and force viewers to engage with what he calls a hidden “code of life.” 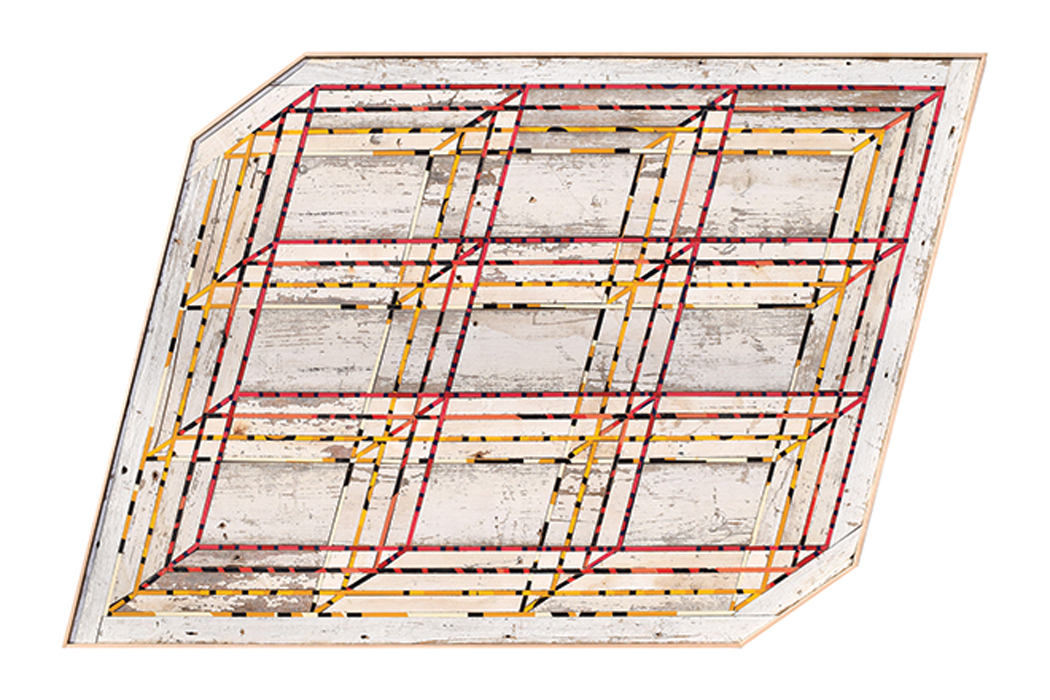 In the mid-aughts, while working as a graphic designer for traveling music festivals — “formatting a bunch of No Parking signs” — Sears started “nerding out” over the craft of hand-painted signs. “They were everywhere,” he recalled. “I was like oh my god, does anybody else see this?” After moving to Portland in 2011, he spent an entire winter painting and repainting a single word — ABSOLUTELY — on wood scraps, selling them on Facebook for $20 a pop.

The following year, he landed his first commercial gigs for then-upstarts Eventide Oyster Co. (now a James Beard Award winner) and Oxbow Brewing (for whom he also designs bottle labels and curates taproom art exhibitions). Soon, other restaurants and retailers wanted in. Today, his company, Better Letter, which he runs with three fellow artists (including his wife, Tessa O’Brien), has to turn some projects down.

As he drove around town — past the half-dozen murals he and O’Brien have either painted or planned through their Portland Mural Initiative, past his dozens of commercial clients — he pointed out other signs he admires: Salvation Army, Hub Furniture, Treasure Chest. “Old school,” he observed. “Classic.” The artists? Unknown.

Commercial art also has a strong pull on his fine art: he cuts up signs and reassembles them as illegible, grid-like arrays. Sears has dyslexia, and these works, he explained, reflect his relationship with language and force viewers to engage with what he calls a hidden “code of life.” His pieces have shown in galleries from Waterville to Miami to San Francisco. A New Hampshire–based data encryption company recently commissioned him to reassemble the words “Consent” and “Notice” for display at an upcoming conference.

“A lot of people freak out — ‘You paint a sign just to cut it up?’” Sears said. The high-output artist doesn’t understand their chagrin. “I can always make another one if it was that special.”