Can You Name This Magnificent Maine Waterway?

This month's Where in Maine is a wilderness ribbon. 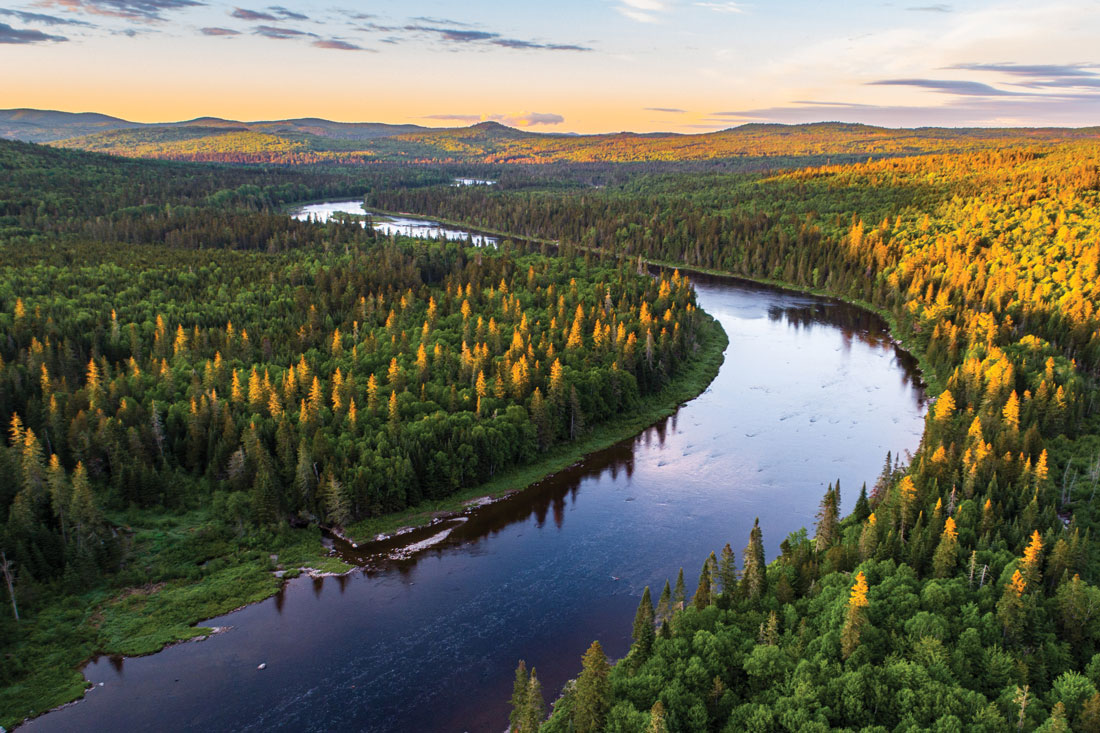 Along this magnificent 92-mile river are countless remnants of Maine’s 19th- and early-20th-century logging industry, from tools and machinery left along the banks to riverside camps where woodsmen once gathered to long-deserted farms established to feed livestock that supported tree harvesting. A handful of businessmen built empires off of the virgin timber that floated down this river. Descendants of “the Merchant Prince of Salem,” who began acquiring acreage around its headwaters in the mid-1800s, are today the country’s fourth-largest landowners. Perhaps most fascinating are the dams built to alter the river’s course so that logs could be driven more conveniently to the mills. These dams raised water levels, washing out much of the historical record of precontact Penobscot people, although their language is still used to identify many features of this region, including the river itself.

Loggers are still cutting and hauling out third-generation trees in the surrounding woods, but the river corridor offers intrepid paddlers a taste of a wilder, precontact Maine. That wildness has attracted countless anglers and moose spotters, including one who visited in 1857 and wrote an influential, posthumously published essay about the trip. This particular drone shot was taken a mile from a ranger station named after a French-American family that settled here after the War of 1812 to provision soldiers and, later, lumbermen. Paddlers often camp at this bend before portaging around a notorious canoe-chomping falls, where lumbermen once hauled huge boats over the portage trail using a pulley system. You can still see an iron ring they drove into a boulder, just another vestige of an idyllic river’s industrial past.