Roses are red, violets are blue, do you know where this is? We'll give you a clue. 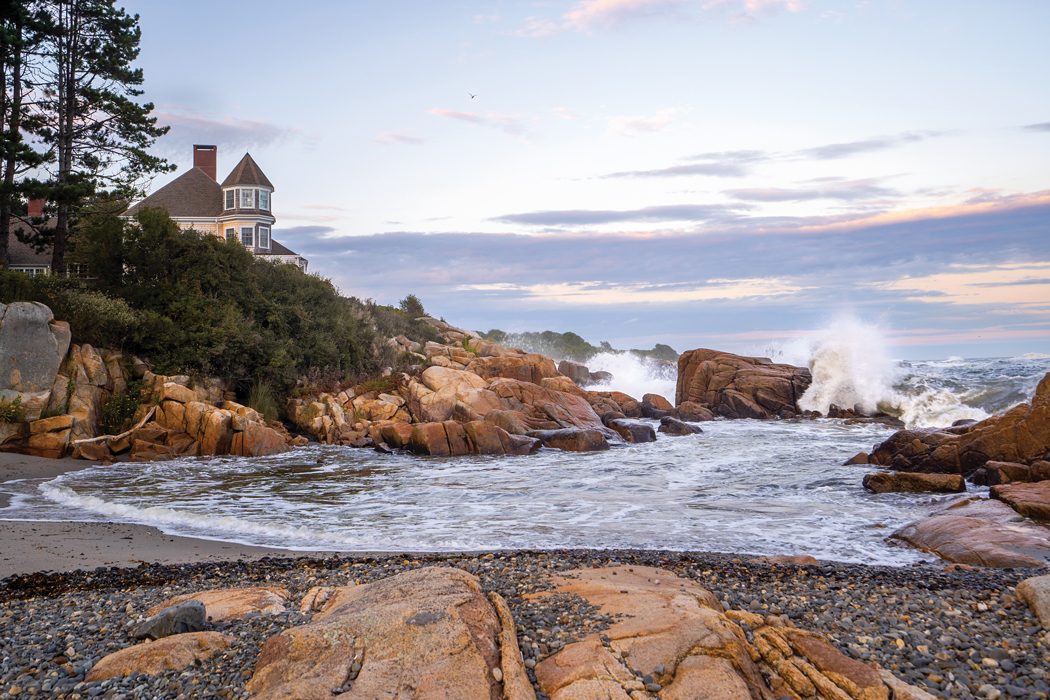 The late, Maine-reared poet Al Poulin once lived here, a place he described in verse in 1972 as “this fish-shaped village of some ten or twenty fishermen.” That’s from a poem that shares its name with the community, which shares its name with the adjacent marine feature where most local fishermen tie up. Poulin was educated nearby before leaving the state to become a renowned (among the literati, anyway) editor and publisher. About those local fishermen, his poem goes on:

Their eyes are blind with sunlight. Their tongues split with salt, their mouths white with brine, as if they’d bitten into death. . . .

Whoa. As it happens, this photo was taken at the end of a thoroughfare named for a late fisherman, which bisects the village. On one side, cottages line the streets, many of them summer places, many of them grand. On the other side is a golf course, a nature preserve, and the one-time summer home of President William Howard Taft. An apocryphal story tells of a visit in 1910 when the heavy head of state stepped onto a floating dock and submerged it. President Taft sinking a raft. How’s that for poetry?

Sponsored by the Natural Resources Council of Maine.

For more than 60 years, NRCM has been leading efforts to protect Maine’s special places. Our Explore Maine map is your guide to finding beautiful locations to explore along Maine’s coast, lakes, rivers, and mountains. Click here to begin exploring.