Can You Name This Maine Beach Community?

This month's Where in Maine was once the epicenter of Maine's clamming industry. 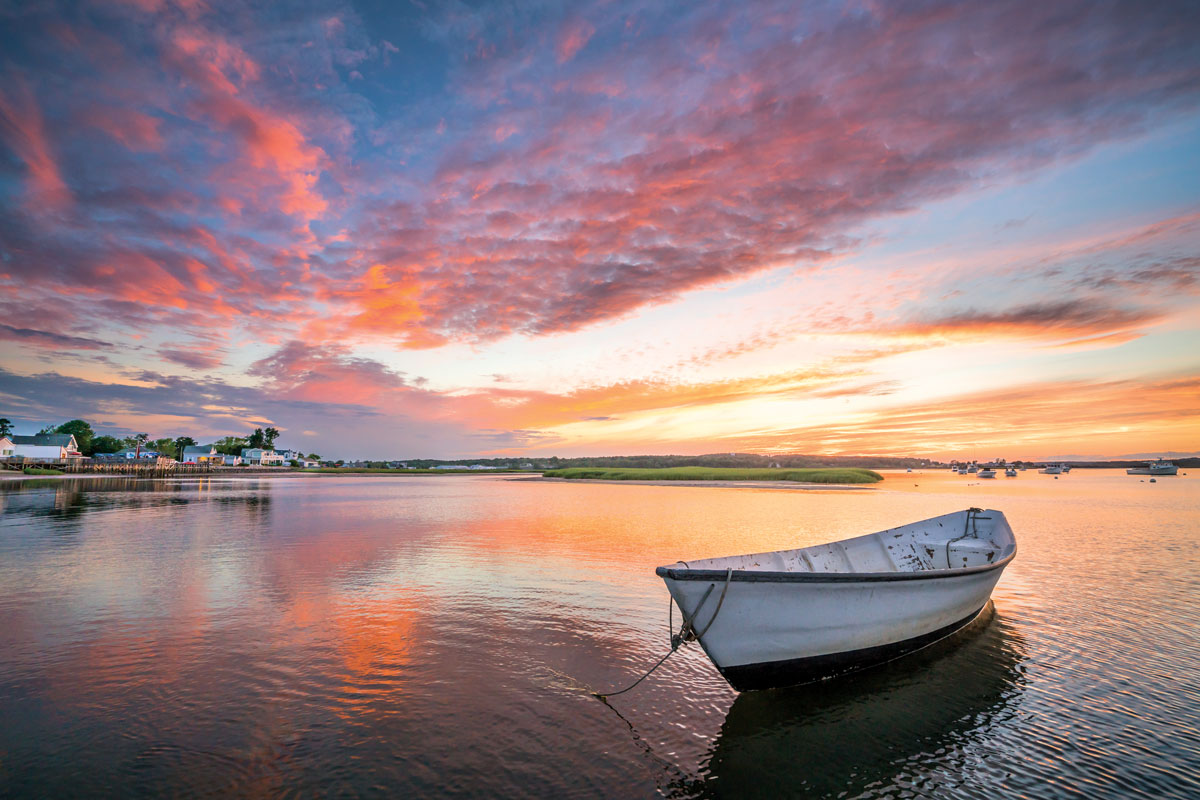 Three rivers converge near this spot, which has long been popular with vacationers and even longer with clammers. In 1878, it became the site of what some claim was the country’s first commercial clam cannery, run by a company now better known for its baked beans. More clam processors popped up in the decades that followed, employing thousands of locals throughout the 20th century. Lobstering has always been big here, and the beach is home to one of the state’s oldest lobster pounds. Folks heading here for a shore dinner — or to any of several neighboring seafood joints — first cross a section of Maine’s largest salt marsh. The 3,100-acre estuary is a great place to spot uncommon bird species like saltmarsh sharp-tailed sparrows, Arctic terns, and red-necked phalaropes, to say nothing of whole squadrons of egrets and herons, which appreciate the abundance of local seafood almost as much as the tourists do.