Can You Name This Institution and the Town Where It’s Found?

A sign outside bears a Penobscot word describing the building’s purpose. 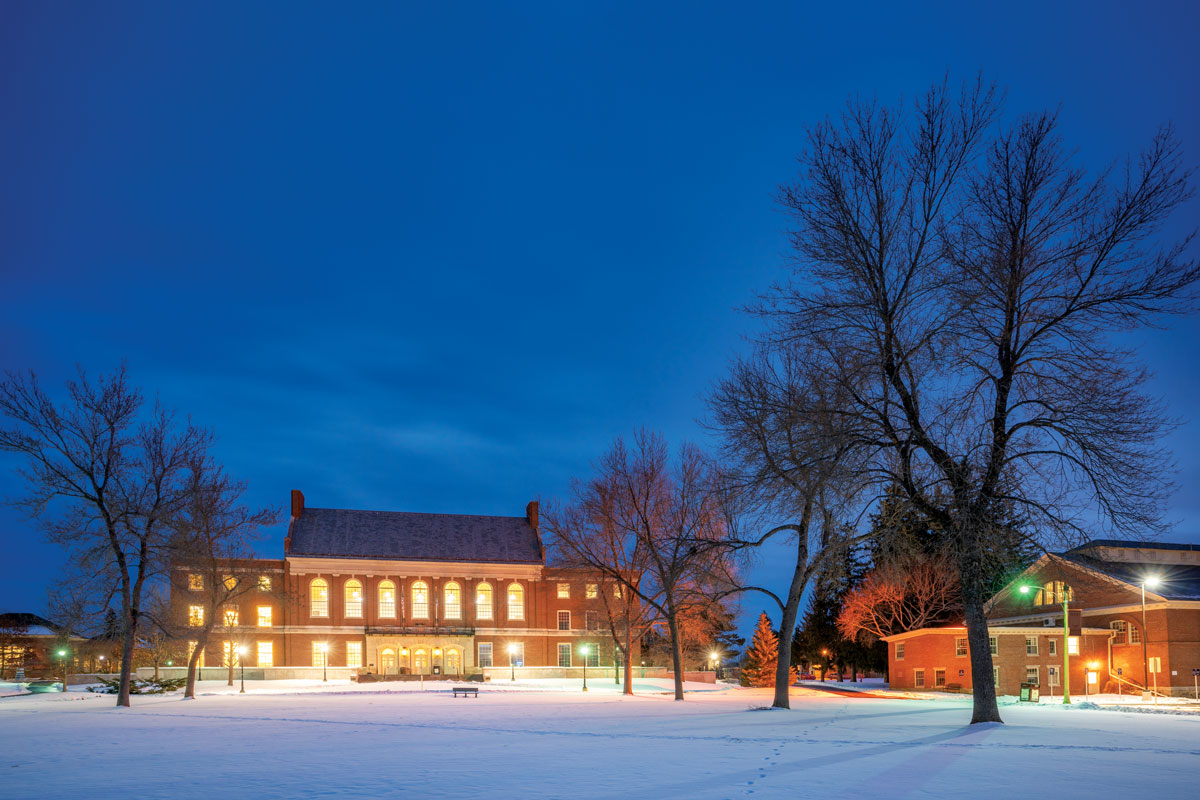 The arch-windowed building at the end of this snowy courtyard was named for a Mainer who made his reputation and fortune in chain retail in the middle 20th century. (We’ve digitally removed his name from the building’s facade.) His family had helped found the Maine town of Hope, but the future mogul left the midcoast for college, and when he walked across this campus in the 1910s, the institution had a different name than it does today. Decades later, he found his way to Washington, and this building was named for him shortly after he wrapped a stint as assistant secretary of the U.S. Navy.

A sign outside bears his name, along with a Penobscot word describing the building’s purpose: awihkhikaní-wikəwαm. The town where it’s found is built on Penobscot land and named for an 18th-century sachem, a polyglot and diplomat said to have lived to 113. When Maine established Native American Veterans Day in 2009, its date, June 21, commemorated a Revolutionary War meeting between the chief and George Washington.

Technically, this campus is found on an island. The Penobscot chief would have known it as wαsαhpskek mə̀ nəhan, or “slippery rock island.” Contemporary Mainers might call it “a place of many black bears.”