The Winter Barns of Aroostook County

When snow blankets a rolling field in far northern Maine, a weathered barn is the locus of the landscape. 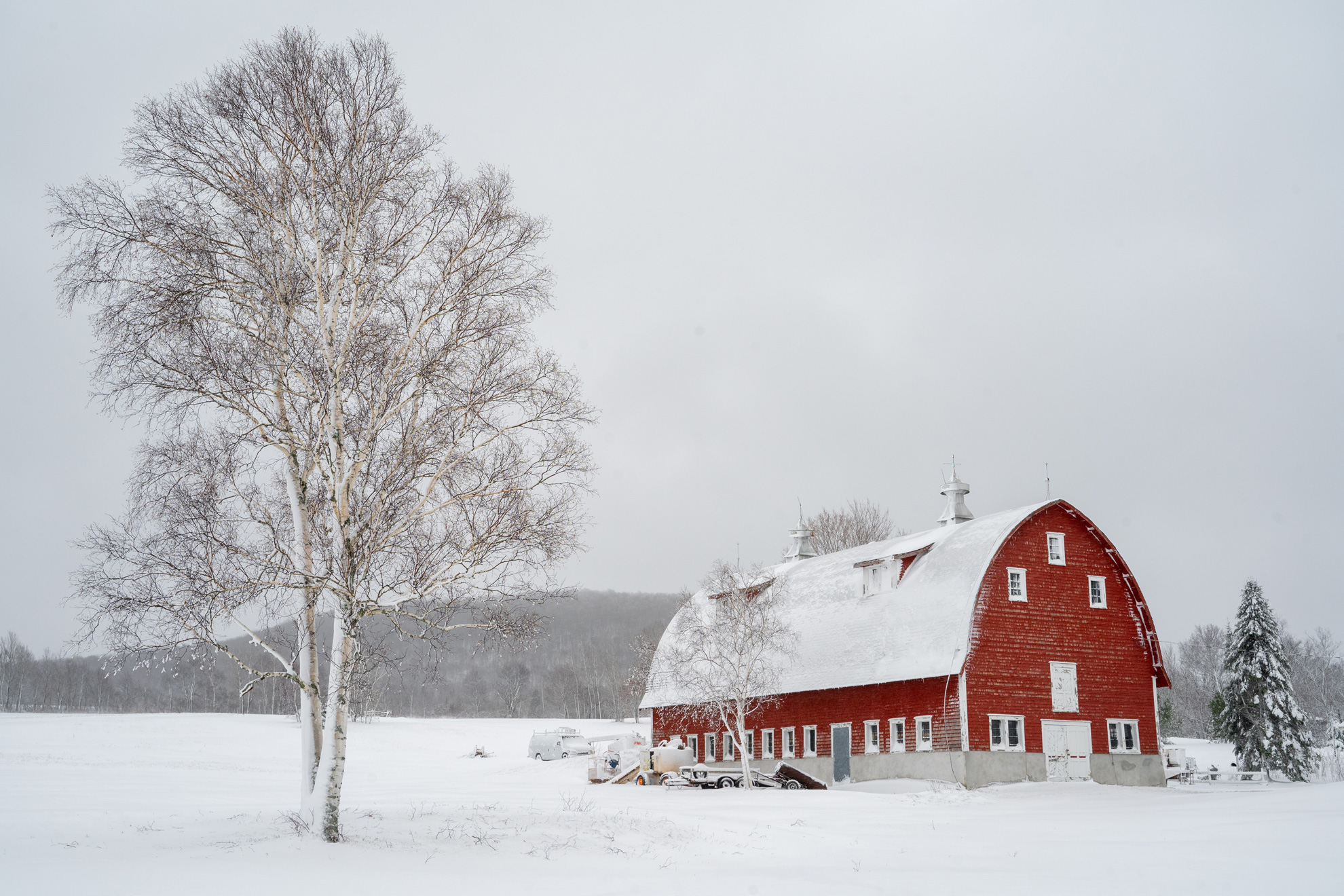 Don Perkins, a former carpenter from Raymond, wrote the definitive book on Maine barns back in 2012. “They are symbols of rural community,” Perkins declares in his intro to Maine Barns: Our History, Our Stories. “Barns awaken our senses. Their scale and romance can be alluring. They, like old trees we may have climbed as kids, can shelter more than mere hay and animals. They can be playgrounds for the soul, just like those big trees.”

That “scale and romance” is arguably most alluring in winter, when snow-swept agricultural landscapes can seem featureless and stout old barns stand out like timeworn sentinels over dormant fields and pastures. Nowhere in Maine are they more conspicuous than in Aroostook County, Maine’s agricultural heartland. Although land under cultivation there has diminished by more than half in the last 60 years, the backroads of Maine’s largest county still traverse more than 315,000 acres of farmland, and a traveler grows accustomed to the sight of gambrel rooflines silhouetted against yawning skies.

That symmetrical, dual-sloped roof style is particularly characteristic of the County, Perkins writes. Barns in Maine’s north country, he says, are also distinguished by their tendency to stand alone, unlike in southern Maine, settled generations earlier, when farmsteads often comprised a linked “big house, little house, back house, barn.”

In the wake of the year’s first snowstorm, staff photographer Benjamin Williamson took to Aroostook’s country roads, where he found his senses awoken by the many rustic monuments to the County’s pastoral heritage.

A many-windowed gambrel barn on a Littleton potato farm; an Acadian flag on a gambrel barn with lean-tos in Grand Isle, in the francophone St. John Valley.

A bank barn in Sherman, built into the ground, like many Aroostook potato houses, for the natural insulation and ground-level access to both floors; a saltbox barn, with an American flag, in Benedicta.

Barns raised by Aroostook’s Amish communities are not gambrel-roofed. The lower floors have stalls for animals, while the upper floors are used for storing grain and hay. Above: unpainted, in Island Falls. Below: with buggy, in Easton; with farmstand, in Sherman.

Classic Aroostook gambrel barns. Above: with weathered shingles, in Littleon. Below: with a cupola, in Van Buren; with horses, in Linneus.

At the foot of Mars Hill Mountain, in Blaine; twin silos and horses, in Sherman.