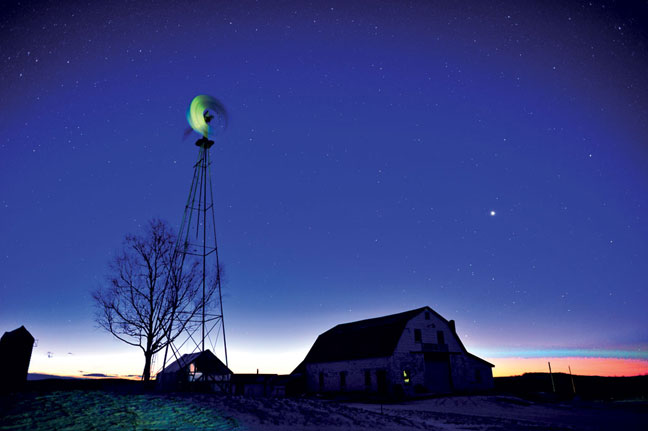 In February, we treasure every extra minute of daylight.

Astronomers tell us that the days begin to grow longer on December 22. On the winter solstice, the Earth turns the northern half of its face back to the light. The progress is slow at first; sunrise comes a minute sooner, sunset a few seconds later. Unless you’re paying close attention, you might not notice a difference for the entire month of January. The darkness of winter can seem like a permanent condition.

Then in February something happens. On your commute to work you spot a pale sun cresting the tops of the pines in the east. Leaving the office nine hours later, you see a wash of pink along the western horizon where — just the other day — there had been only blackness. Dawn and dusk no longer resemble the abrupt rise and fall of a stage curtain.

“Magic hour” is the term that photographers use to describe the first and last hours of daylight. They’re referring to the spectacular effect the rising and setting sun can give a photograph. Astronomers would say there’s nothing supernatural going on; that golden quality is just the result of the Earth’s axial tilt and its elliptical orbit. Try telling that to light-deprived Mainers in February, though. We know magic when we see it.