The executive director of the Maine Ski and Snowboard Museum has a thing for Camden. 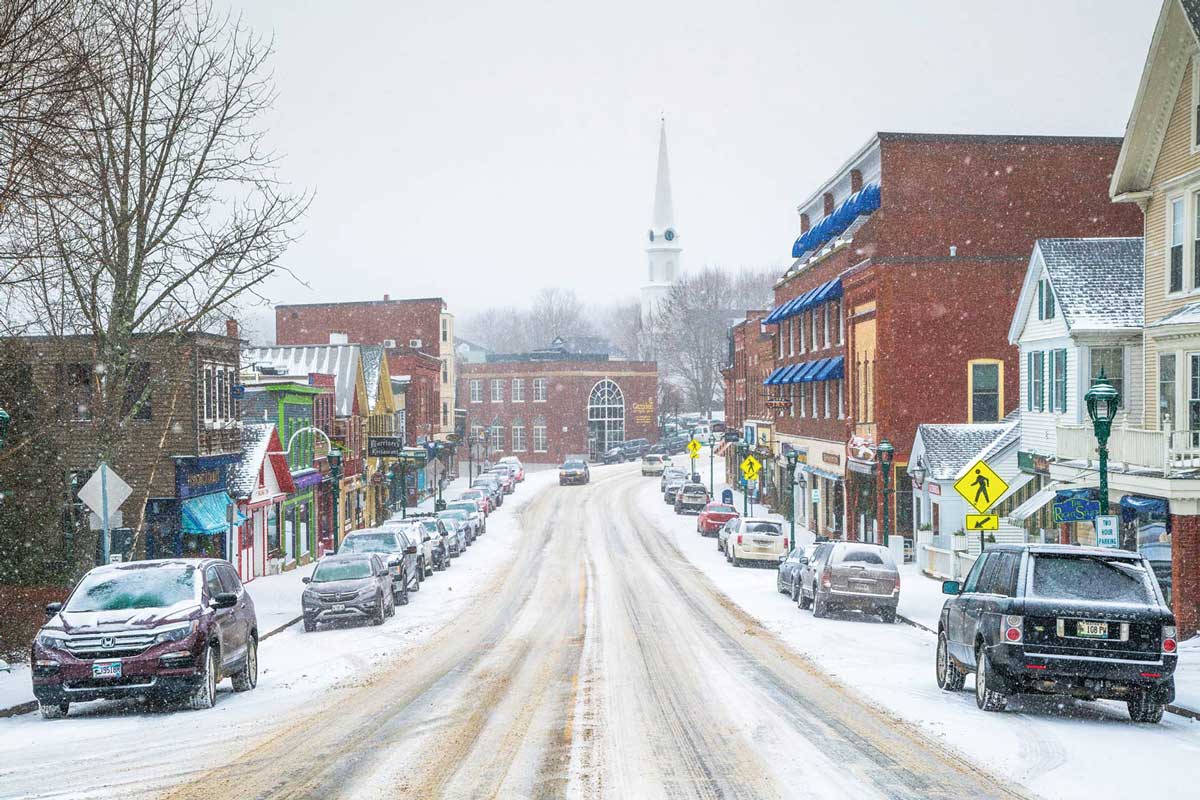 It’s been an eventful year for Theresa Shanahan, executive director of what was formerly known as the Ski Museum of Maine. Last June, the 25-year-old nonprofit became the Maine Ski and Snowboard Museum, in celebration of Maine’s substantial contributions to the boarding world. The pandemic caused the museum to scrap a touring exhibit planned for this winter, commemorating the sesquicentennial (that’s 150 years) of skiing in Maine, which traces back to the founding of Aroostook County’s Swedish colonies in 1870. Then, in November, Shanahan broke her wrist, putting a real damper on her ski plans for the winter.

She’s keeping busy, though. COVID limitations mean the MSSM’s exhibit space in Kingfield is welcoming visitors only by appointment, but a cool new exhibit looks back at 1971, when Sugarloaf hosted the World Cup ski races (where highlights included an unlucky Austrian descending two-thirds of the mountain on a single ski, a banquet serving a roadkill moose, and a waxing van catching fire). Ski buffs can see artifacts and materials from ’71 (and from the sesquicentennial exhibit) on the MSSM website, where virtual exhibitions carry out a mission to preserve and celebrate the history of the Northeast’s ski and snowboard scene — before that history is lost to generational turnover.

“Just think back to your own family. Do you remember your grandmother telling you stories?” Shanahan asks. “If you don’t share those with your children, they’re going to disappear. Unless they’re captured — whether that’s in an oral history or an audio recording or a quick film or whatever — they will disappear. So we think those old stories have to be told.”

With time off the slopes this winter, she might revisit some favorite places. Among those is Camden, what Shanahan calls, “the quintessential Maine seaside town.” Her favorite time to visit is late summer or early fall, and she’s never skied Camden Snow Bowl, although she has manned an MSSM booth there during the gonzo U.S. National Toboggan Championships, typically held in February on the hill’s 440-foot-long toboggan chute. (Due to COVID, the event is sadly canceled for 2021.)

“It was the coldest blustery day — oh my god, it was so cold,” Shanahan remembers. “It was such a fun event, watching the parade, the racers. And then people come up to you at the booth and say, hey, ski museum, what do you do? And we say, well, we tell stories. We preserve stories.”