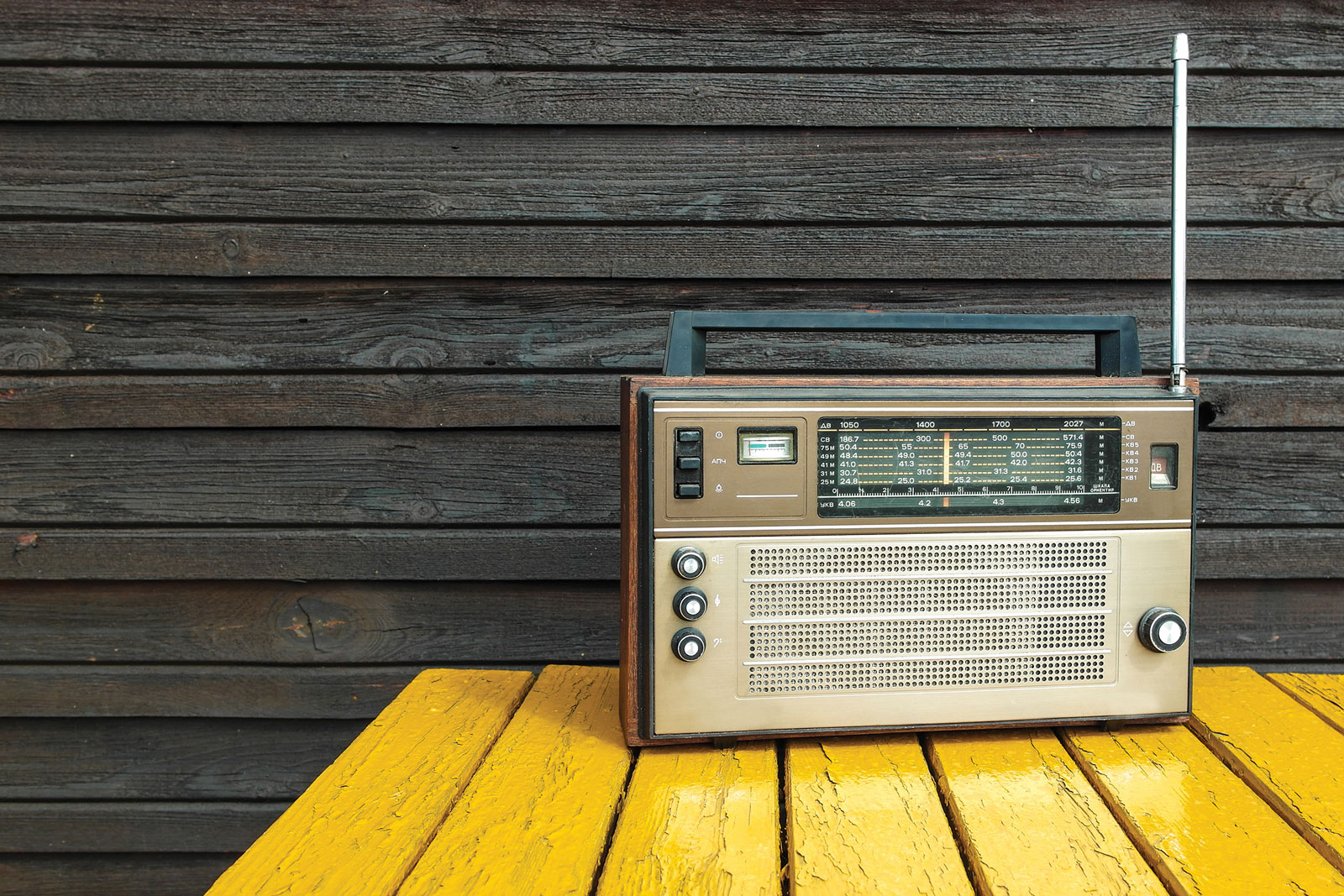 In Praise of Phone Mart

In a small Maine town, the call-in radio swap-show is a way of knowing your neighbors. Reason #91 from our special bicentennial issue, "200 Reasons to Love Maine."

Every weekday, three times a day, our local radio station here in western Maine pauses its parade of oldies and Top 40 hits. A series of peppy electronic beeps, like something out of a ’70s video game, introduces a segment called Phone Mart, a 10-minute interlude that sociologists should study for the insight it offers into rural life, economics, and the availability of snowplow blades. Phone Mart has been our social media since long before that social media.

During Phone Mart, Franklin County residents call in to offer items for sale, to solicit items for purchase, and to ask for services or offer to provide them. You can’t reach Phone Mart via your computer. The only way to use it is to call WKTJ or listen in real time.

Most episodes unfold like this one from last winter: a guy calls looking to sell his 2009 Silverado, equipped with a straight plow — a truck that is “loaded,” he says, “a big-boy truck.” Someone else calls offering up a 27-inch Panasonic TV, free of charge. The next caller says he’ll shovel snow off roofs. Next, it’s a tattooing kit, unopened, up for grabs — good price, $20. Another man wants to talk about the weather for a while before getting to his reason for calling. Still another describes his car as “clean as a smelt.” Only one woman calls in. She’s selling firewood, “cut, split, and delivered” — those three words a chant of sorts around here. She doesn’t say how much the wood costs but leaves her phone number.

During lags between calls, the disc jockey reads public service announcements and updates listeners on events and cancellations: The wrestling meet at the high school has been called off. The Masons are hosting a public lunch where pork will be served. The hours have changed for this week’s meeting of the substance abuse prevention coalition.

The calls rattle along briskly until someone goes off script, trying to chat up the DJ instead of selling or buying. Some of these digressions are charming, others irritating. Occasionally, a Phone Mart call raises an ethical question. One woman calls just to urge listeners to bring their pets inside before a nasty stretch of winter weather. A man calls hoping to sell his guns, but the DJ cuts him off — Phone Mart allows no gun sales.

Sometimes, Phone Mart provides another type of service: the opportunity to be heard. A few years ago, an elderly woman dialed up just before Valentine’s Day. The DJ answered in the usual manner — “You’re on KTJ’s Phone Mart!” — and in a thin, cracking voice, the caller said, “I’d like to get a Valentine’s card this year.”

“You would, would you?” the DJ replied, gamely.

“Yes,” the woman said. “I’m a lonely old woman, and I’d like to have someone love me on Valentine’s Day.” Her voice dripped with sadness.

“Well, we’ll see what we can do,” the DJ said. “Maybe one of our listeners can help you out there.” He took her address off the air, then invited listeners to call for it. “Can anyone get a Valentine’s card for that lady?” he asked.

Listen long enough and you start to envision your neighbors’ lives. A man calls and asks in a soft voice whether anyone has a small dinette set for sale. I picture him, lonely in a tiny kitchen. Another calls day after day, every session, offering the same old TV set for five dollars. I think about the modest circumstances of someone so resolved to get five bucks out of an object most of us would leave at the dump.

Recently, I tried to give away a camp refrigerator on Craigslist. As usual, I got trolled by a few of the odd, anonymous people who spend their time doing such things. I gave up and called Phone Mart and had two telephone responses in five minutes. The refrigerator was gone the next day, to a local church.

If sociologists were tuning in to Phone Mart, one thing they’d be hard-pressed not to notice is how polite and humane the exchanges are. Life in rural Maine can seem provincial, often lagging behind the latest cyber wizardry that urban America enjoys. But it can be a pleasure, living at a remove from the digital swamp. Phone Mart is one of our provincial institutions, lifting us out of the quagmire for 10 minutes at a time, three times a day, connecting the thrifty, the lonely, and the poor to one another. And to those needing a tattoo kit.