The NASA astronaut has fond memories of her family’s cabin on Big Madawaska Lake. 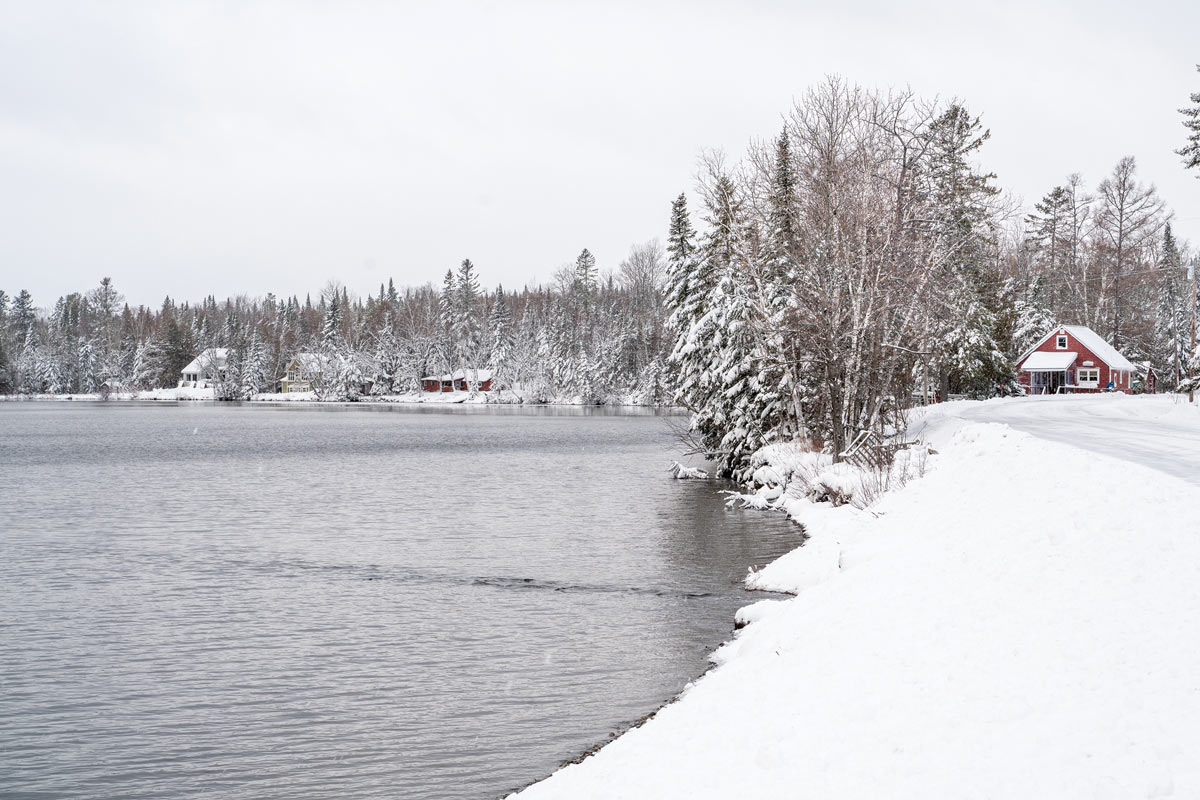 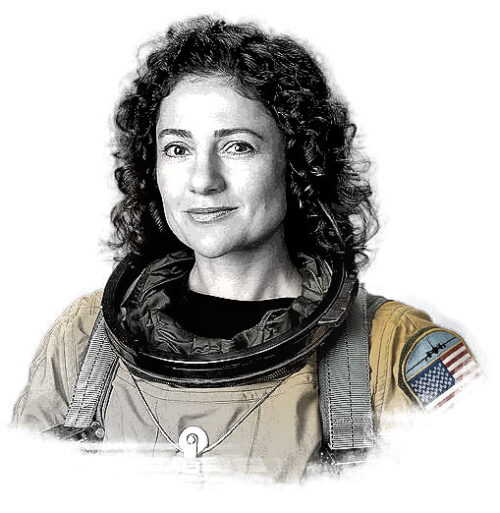 Friend from Work
Fellow Mainer Chris Cassidy. When the two overlapped on the ISS for eight days before Meir’s return to Earth last April, it was the first time two Mainers have been in space together.
Spaceflight Duration
205 days. Meir completed 3,280 orbits of Earth and traveled 86.9 million miles.
Accolades
One of Time’s “100 Most Influential People of 2020.” Come May, recipient of an honorary degree from Bowdoin College.

Decades before she was a NASA astronaut, Jessica Meir was a kid from Aroostook County who loved leaping into massive snow piles at her family’s cabin on Big Madawaska Lake. In the summer, the cabin was a great place to bike, canoe, and hang out by the brook watching for moose, but the 43-year-old Meir remembers winter visits just as fondly. By day, she Nordic skied and built snowmen. By night, she marveled at the stars overhead and dreamed of walking among them. When her first-grade teacher, back in Caribou, asked her what she wanted to be when she grew up, Meir drew a picture of an astronaut standing on the moon.

“Having that easy access to nature growing up really got me interested in exploration and in understanding science and the world around me,” she says.

After graduating from Caribou High School in 1995, Meir attended Brown University, in Rhode Island, as an undergrad, then went on to complete a master’s degree in space studies and a doctorate in marine biology. Her research propelled her as far as Antarctica, where she studied how animal physiologies react to extreme conditions like low oxygen levels, and to Sardinia, Italy, where she worked with a team exploring and mapping a network of caves 75 feet underground. Along the way, she worked at Lockheed Martin’s Human Research Facility, where she joined crews on reduced-gravity research flights and underwater-habitat operations. In 2013, NASA selected her to be part of its 21st astronaut class.

During her seven months aboard the International Space Station, Meir took part in hundreds of experiments, with potential applications on Earth for everything from treatment of heart disease to therapies for muscular dystrophy. In October 2019, she and fellow astronaut Christina Koch conducted the first ever all-female spacewalk, a seven-hour mission to replace a vital component that helps power the space station.

“It was a dream come true,” Meir says. “But it was also an important achievement for all the women and minorities who broke the glass ceilings to enable this.”

Today, Meir lives in Houston. She still returns to Maine, although her family has since sold the cabin on the lake and moved to the southern part of the state. This past December, she got closer to the dream she sketched out with crayons back in Caribou: for the first time since the Apollo program ended in 1972, NASA wants to send astronauts to the moon, and the agency selected Meir as one of 18 candidates for lunar missions slated to start in 2024.

The Naturalist in Migration Land