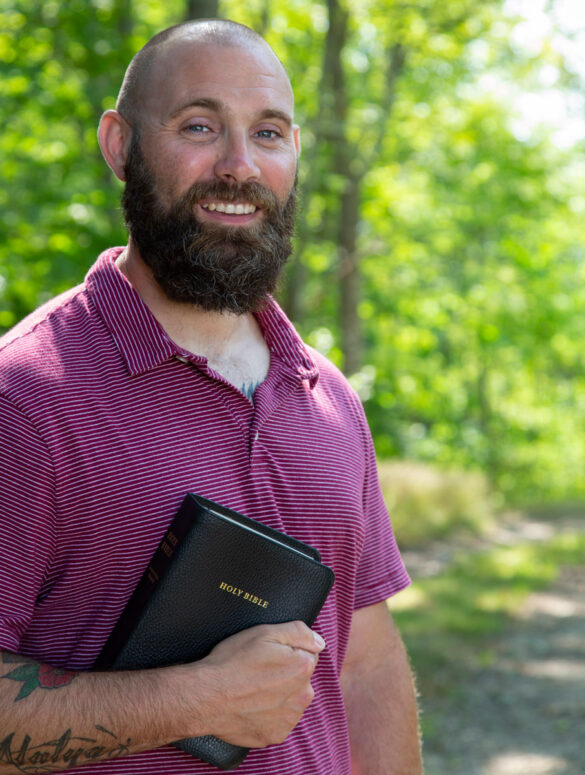 Maine Helped Rescue Him From Addiction. Now He’s Helping Others

The pillars of Paul Trovarello’s addiction-recovery program are faith, hard work, and lending a hand around Machias.

When people in Machias describe Paul Trovarello, founding director of Arise Addiction Recovery, the word hero comes up a lot — which Trovarello shrugs off. “Man, they wouldn’t say that if they’d seen who I used to be,” he says. “I was just a coward trying to die using drugs.”

Starting in his teens, Trovarello tried them all: booze, Percocet, acid, and eventually heroin, which has particularly ravaged Washington County, where the opioid epidemic claimed 10 lives in 2019 and 11 in the first half of 2020. A recent state report anticipated a 20 percent jump in opioid deaths this year over last, attributed to pandemic stresses.

“Heroin is different,” Trovarello says. “It grabs you by the throat.”

Trovarello was in and out of jail around a dozen times by the time he was 26. When he finally turned to rehab, he was jobless, penniless, homeless, and estranged from his partner and two daughters. He tried 17 different programs up and down the East Coast, but nothing stuck. Then a friend recommended Calvary Residential Discipleship, a Gospel-based residential program run by Calvary Chapel in Orrington. A New Jersey native, Trovarello balked.

“I said, ‘Maine? Really?’ I was picturing igloos,” recalls Trovarello, who’s now 42. He still hates the cold, but he says coming to Maine and finding religion at CRD saved his life.

CRD led him to Machias in 2015 — at first, for a ministry mission, but Trovarello says once he saw the devastation of drug addiction etched on the community, he felt called to stay. Less than a year later, he opened Arise with his wife, Lindsay, who had also recovered from addiction. Since then, more than 100 people have sought recovery and redemption through the faith-based, regimented rehab initiative, a nine-month residential program for men. (Arise hosts recovery meetings for women as well.)

Housed in a century-old Colonial around the corner from Bad Little Falls, Arise welcomes men who show up after their own bad falls. Daily Bible study, prayer, exercise, and physical labor are mandatory. Residents range from teens to seniors. Initially, they’re not allowed contact with friends or family (and later, only minimal contact). Gradually, they’re given increasing responsibility, working in teams on service projects and odd jobs in the community, and before graduating, all are required to find paying jobs, which Arise helps facilitate. The program offers 12 beds and no medical assistance (a controversial stance among recovery advocates, many of whom support methadone treatments, for instance). Trovarello says seven out of 10 residents graduate, and more than 60 percent of his first cohort have notched five years of sobriety.

It’s the employment aspect that makes Arise unique, even among other faith-based rehabs. The program helps residents with résumé building and interview prep, and Machias Savings Bank offers financial coaching. Graduates have taken jobs at local restaurants, stores, and lumberyards. “So much of it is the sense of community, the incredible generosity of the people here,” says Lindsay, who mentors wives and significant others left alone while their partners are in the program.

Arise is funded largely through private donations, plus residents’ $4,000 tuitions (though these are often deferred) and small fees earned from projects around town. The program’s only other staffer is part-time, an Arise alumnus who teaches carpentry to the residents, many of whom have never held jobs. Before the pandemic, residents came from all over the country, and many have opted to stay, work, and buy homes around Machias. Some have even opened their own businesses, like Justin Tomasello, who graduated three years ago and now runs a painting company that employs a half dozen Arise grads.

“Without Paul, I wouldn’t be where I am today,” Tomasello says. “There’s a good chance I’d be dead. He’s definitely a hero to me and to the whole community.”

Read more about the Mainers we saluted in our November 2020 Giving Back Issue, all doing their part to make the Pine Tree state a better place.