[dropcap letter=”A”]t the Cantown Company Store, salt pork, liters of cola, beans, canned fish, and half-gallons of milk line the shelves. Grabbing a couple of items might set you back several hundred bucks. But that’s because everything on display is art, not food. Matt Barter crafted the groceries from wood, and the store is situated inside his Brunswick gallery, the Barter Art House.

The project started as a nostalgia trip. Matt grew up Down East in the ’80s, when small general stores still thrived. “You’d go inside, and it’s this weird tapestry,” he says. “On the same shelf, they might sell Wonder Bread, bait bags, and shotgun shells.” He wanted to evoke a place like Dunbar’s Store in his hometown of Sullivan — a social hub in the heyday of the sardine-canning industry. To complement the installation with paintings and reliefs of fishing and processing and objects that filled a factory worker’s daily life, he teamed up with his dad, Philip Barter.

When Matt was a kid, Philip earned a living any which way, musseling, scalloping, lobstering. “My dad could be digging clams, up to his knees in mud, but he’d always have a portable easel on his back, and he’d set up and paint while he waited for the tide to go out,” Matt recalls.

“Ever since Matt could walk, he was in and out of my studio,” Philip says. “I told him that if he’d help me wash brushes and prepare canvasses, he’d have free run of it.” 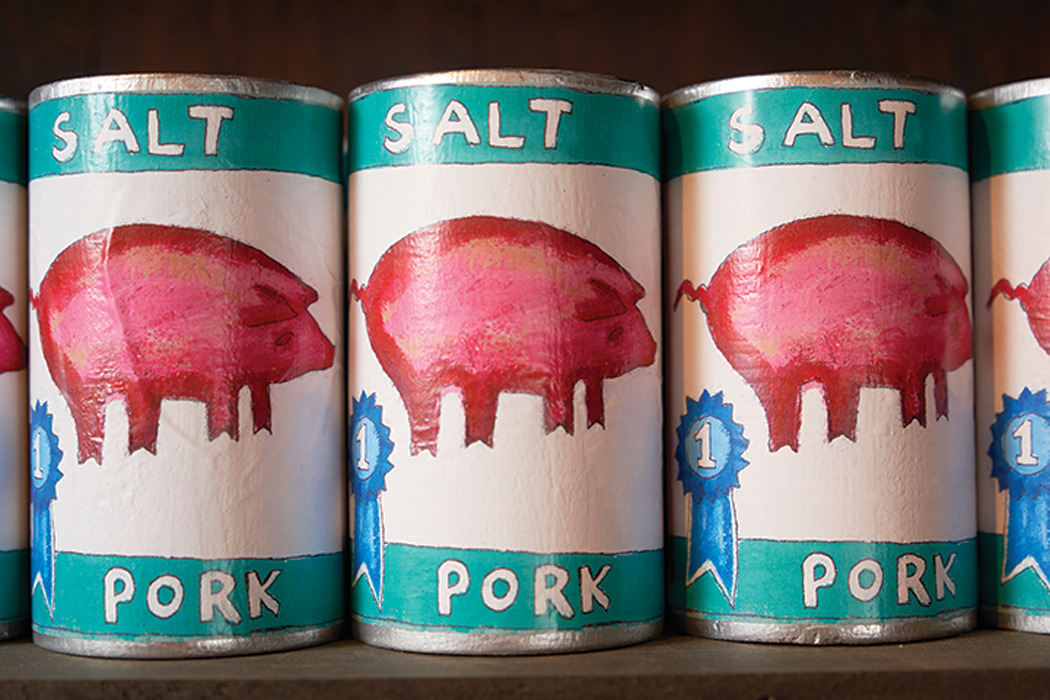 When Matt was 16, the pair had their first joint exhibition, at a gallery in Blue Hill. By then, Philip’s artistic career had taken off — in a 1992 profile, this magazine described him as “one of Maine’s most popular and prolific painters.” Matt and his wife moved to the West Coast for a few years but came back in the mid-aughts, and he worked on a lobsterboat out of South Gouldsboro for a couple of years. In 2015, he bought a home in Brunswick and converted the carriage house into a downstairs gallery and upstairs studio. Cantown is his second collaboration with Philip in the new space. “Really, this is about me and my dad’s connection to Down East and to each other and to what’s sort of a lost era,” Matt says. 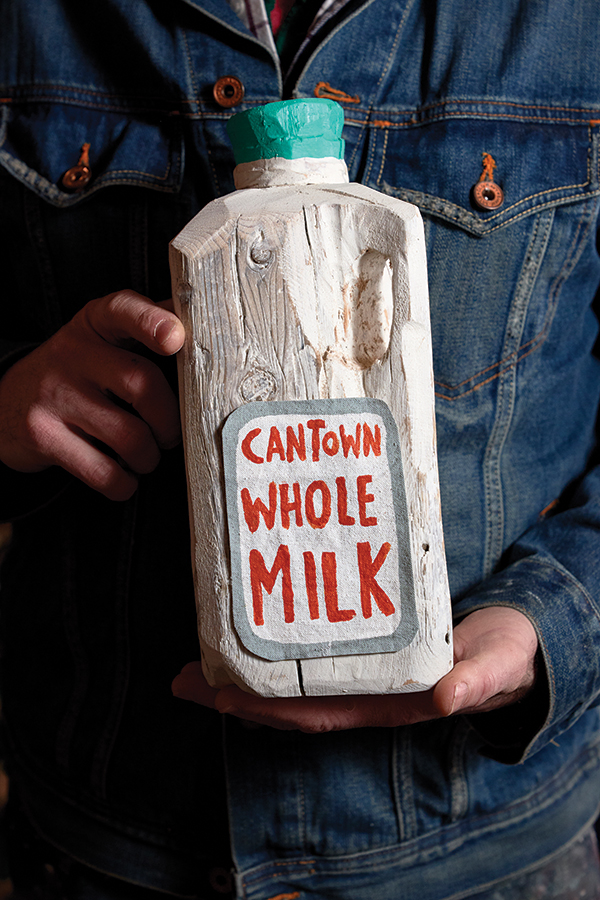 “When I was growing up in Boothbay, every coastal village in Maine had a sardine factory,” Philip adds. “My great-uncle had owned one. I saw a video of Eastport from back then — you couldn’t walk in the streets it was so busy. Now, you could take a nap in those streets.”

“That’s what this tribute to the canning industry is about — the cultural vacuum that was left behind, the hustle and bustle that turned into humdrum,” Matt says.

In Sullivan, Dunbar’s Store closed five years ago (although new owners have plans to revive it as a grocery and gift shop). “With the mom-and-pop stores, everybody knew everybody,” says Philip, who still works in his Sullivan studio. “Now, I’ve got a Dollar General on the end of my road.” But, for the Cantown store, he fixed up an old Dunbar’s shopping cart.

“It would be awesome if someone took a painting off the wall, put it in the cart, and walked it over to the cash register,” Matt says. “I’d probably die of laughter, but they would have gotten what the concept was.”