For David Jacobson, Glassblowing is a Dance

David Jacobson warns people who sign up for his workshops that glassblowing can be addictive. He says it with a twinkle in his eye, but he’s being earnest. He caught the bug in college at Kent State, watching art students who’d dragged their studio equipment outside stretching molten glass into long, skinny strips, right there on the quad. “The glass was sparkling with the sun,” he remembers. 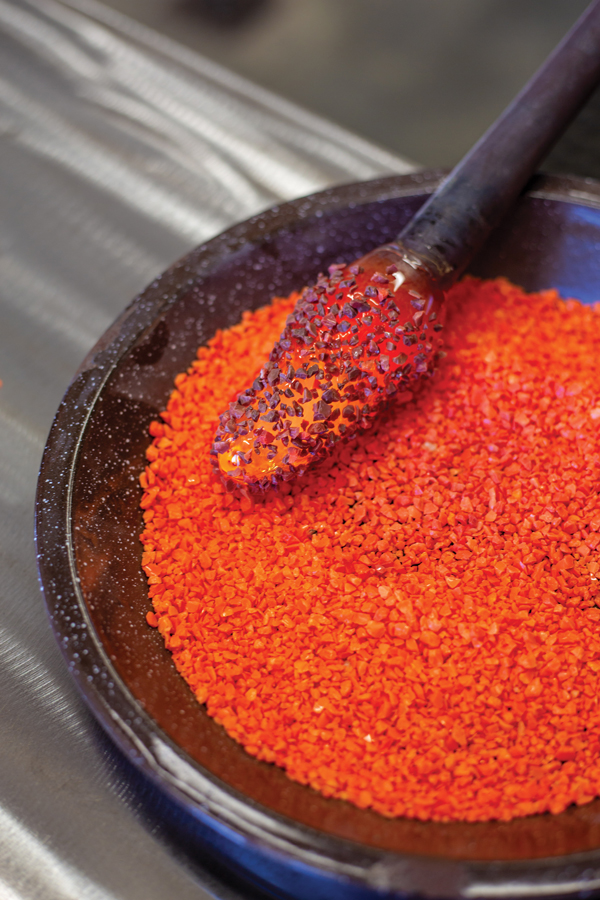 For decades, Jacobson pursued the craft as a hobby, but in 2014, he committed to it full-time, transforming a 200-year-old barn in Montville into a glass studio that’s bathed in natural light. The idea of offering lessons was an afterthought, he says, but four years later, his workshops are the fastest-growing segment of his business. This year, the federal Small Business Administration named David Jacobson Glass its Micro-Enterprise of the Year for Maine, as well as for all of New England.

One recent afternoon, I followed the back roads winding inland from the midcoast to Montville to take one of Jacobson’s one-on-one workshops. Jacobson had advised me to wear nonflammable clothes and, because we’d be moving around a lot, sneakers. When I arrived, he said to fetch my sunglasses from my car, for a reason that would soon become obvious. With four, sometimes five kilns running at any given time, the studio is so warm that Jacobson wears a T-shirt and shorts even in winter. His hottest oven runs 24 hours a day, seven days a week. Inside it is a vat called a clay crucible filled with molten glass. “Look,” Jacobson said, sliding open the kiln’s heavy door. “It’s like looking at the sun.”

Jacobson’s ovens heat glass to well above 2,000 degrees Fahrenheit. Jacobson, who came to glassblowing after a career as a professional cartoonist, has his students take a hands-on role in the process. He works in the Venetian glassblowing tradition, which involves working with a partner.

Jacobson handed me a long, hollow steel tube called a blowpipe and showed me how to hold it. Then we got started making a tumbler. He poked one end of the blowpipe into the clay crucible and twirled it to grab a glob of molten glass. Glowing orange and radiating heat, it moved like cold honey at the end of the pipe, which, Jacobson explained, must be continually rotated to prevent the liquefied glass from drooping and becoming misshapen. In addition, the handler has to slip the pipe into the kiln now and then, spinning it all the while, so the glass stays hot and malleable. The process requires constant motion, from start to finish. “We call it a dance,” Jacobson said. “You feel the heat of the forge and the furnace; you feel the flow.” 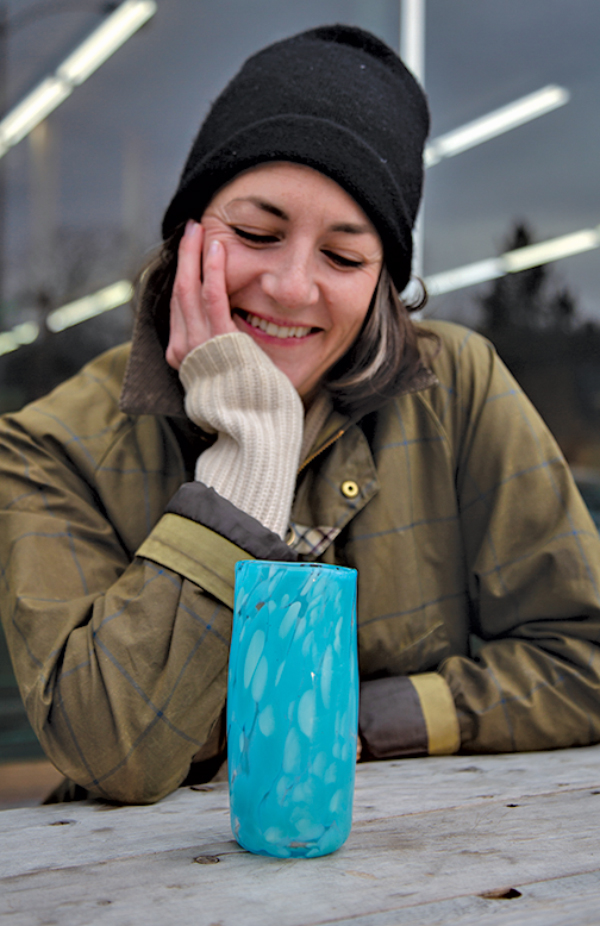 Jacobson handed me the blowpipe, and I rolled the molten glass in a plate of turquoise and pale-blue granulated glass called frit. Next, I plunged it into a kiln and watched as the frit slowly melted. Slipping the pipe out of the kiln, Jacobson blew into it, and the glob inflated like a balloon. He showed me how to swing the blowpipe, using centrifugal force to lengthen the glass for the tumbler. Then, as he rolled the piece back and forth, I pressed a plank against it to create a flat bottom. The board, steeped in water overnight, steamed and hissed against the glass, which seemed to melt under my pressure. “You just feel the glass yielding, right?” Jacobson asked. “It’s like power steering. You feel no tension.”

The whole process took 45 minutes, but it was so mesmerizing that I was thinking about the sensation of shaping glass with handheld tools for days afterward. And my cup, with its unique imperfections, reminds me every day. There’s a bulge in one side, left by the jack blade I used to gently pry open the liquid glass. And when I run my finger over the slightly uneven rim, I’m back in Jacobson’s studio with a pair of shears, snipping off a glowing, jagged curl.