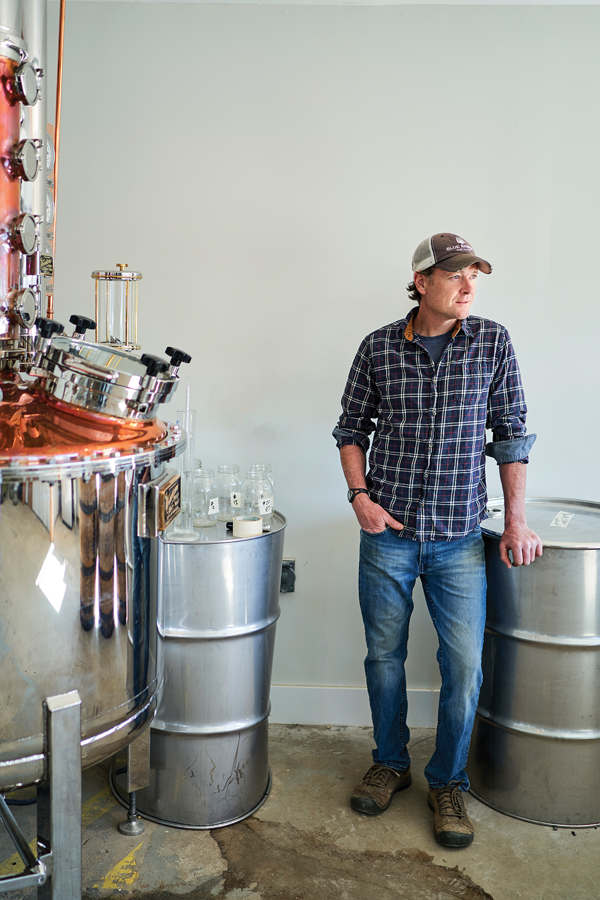 A Maine blueberry grower walks into a bar.

A couple of years ago, Jeremy Howard was sidled up to the bar at the Drouthy Bear, a cozy pub in Camden, drinking a beer and complaining to the bartender about work. His family has harvested lowbush blueberries from their fields in nearby Hope for seven generations, but in recent years, market values had sunk to untenable lows — 25 cents per pound, down from over $1 a decade earlier — owing to increased competition both from lowbush producers in Canada and from highbush growers around the world. At that price, harvesting a crop at all can leave a grower operating at a loss.

Tending bar was Drouthy Bear owner Andrew Stewart. Howard was explaining how growers were looking for ways to add value to their berries — by going organic or by making jams, for example — and then he and Stewart started kicking around another idea.

Last summer, they took 32,000 pounds of berries from Howard’s family farm, Brodis Blueberries, and fermented them into wine. This spring, they distilled that wine into an eau de vie, French for “water of life,” the term applied to brandies made from fruits other than grapes.

Apple, peach, and pear are common. Highbush blueberry isn’t unheard of. As far as Howard and Stewart know, though, theirs is the only spirit in the world made from nothing but wild blues. They christened the enterprise Blue Barren Distillery.

When I visited their dockside building, a former boatyard machine shop across the harbor from downtown Camden, the air smelled intensely of juniper, not blueberries. Howard was running a test batch of a Plymouth-style gin, less dry than ubiquitous London-style gins. He forages the juniper on his family farm and sources lemongrass from another nearby farm. It’s not as Maine-y as the blueberry eau de vie, but its ingredients are still an expression of the state — “We’re trying to keep it local,” Howard said, the fresh spirit trickling from a spout at the end of the still’s maze of copper pipes. 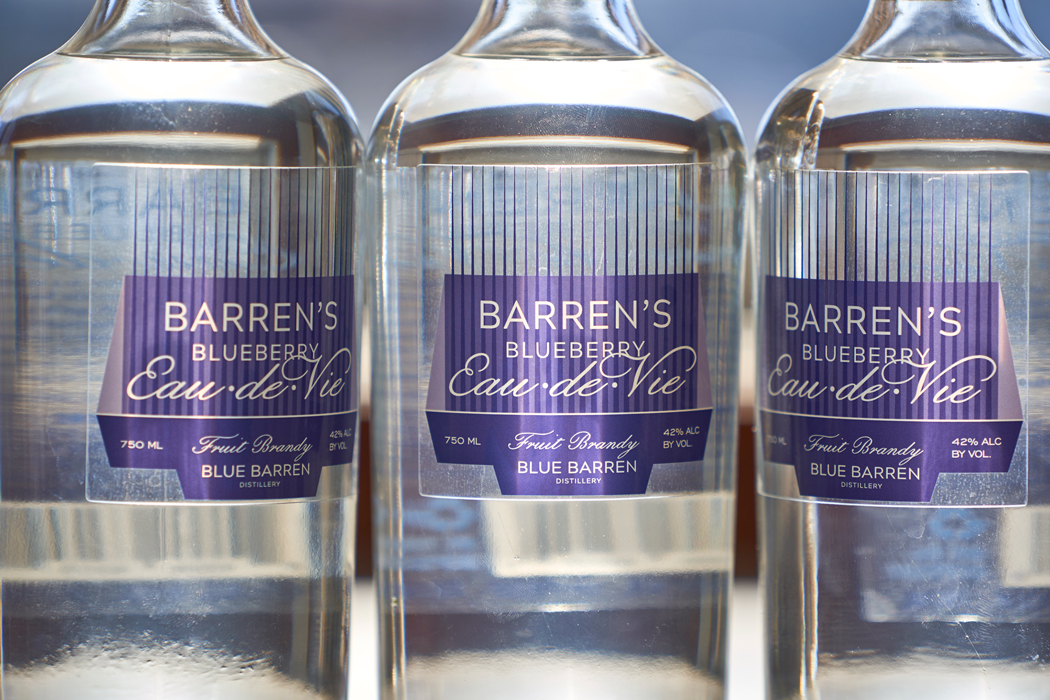 He and Stewart have a rum and additional fruit-based liquors in the works. Presently, the eau de vie and gin are available straight up and in cocktails at the distillery, plus in drinks at a number of bars and restaurants in the area, including Primo, in Rockland, and the Waterfront, in Camden. Over at the Drouthy Bear, Stewart likes to serve the blueberry eau de vie with a single ice cube, so as not to hide the notes of fruit, pine, and vanilla.

The lowbush blueberries that create those layers of flavor have grown in Maine for some 12,000 years, since the end of the last Ice Age. French distillers have crafted eau de vies for at least the past several centuries. Howard and Stewart say they hope that by marrying those two traditions they might start a trend. “Maine becoming, in 100 years, a place renowned for its blueberry eau de vie,” Stewart mused. “That’s really appealing to think about.”