A buttered and perfectly grilled bun filled with fresh lobster meat mixed with little mayo — and no lettuce (the Down East editors are unanimously opposed to lettuce on our rolls — tell us in the comments if you disagree). 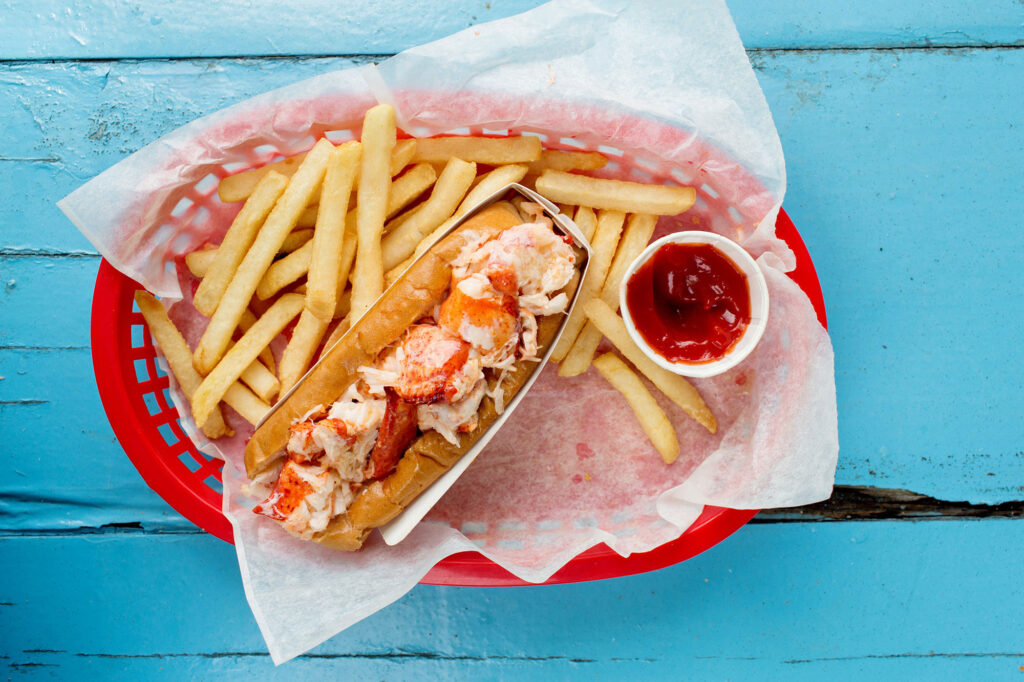 A straightforward approach to a classic roll: plenty of meat and a light touch of mayo. Bob’s has us convinced that staying true to tradition is, more often than not, the way to go.

Strengths: Lobster is piled on a hot dog roll and served by some of the friendliest staff we’ve ever come across.

What You Had to Say: “Visiting from Scotland, I tried at least a half dozen rolls and this was by far my favorite.” — Roy, Scotland
[separator type=”thin”] 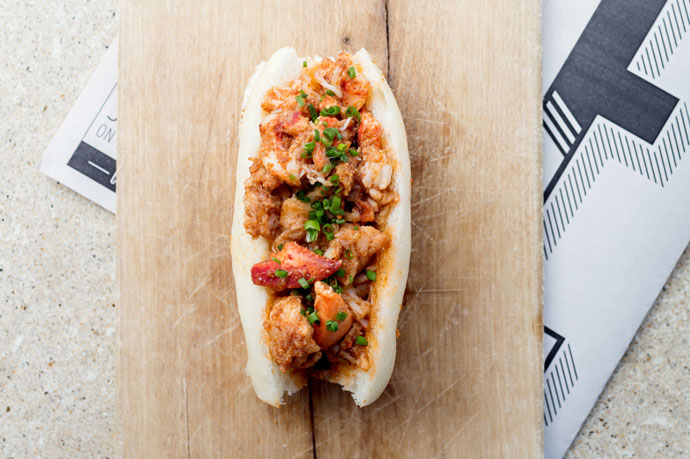 What You Had to Say: “Each nibble is out of this world. The brown butter enhances the salty sweetness of the lobster, and the steamed bun it is served in is a heavenly, pillow-y vessel.” — Emer, Windham, Maine
[separator type=”thin”] 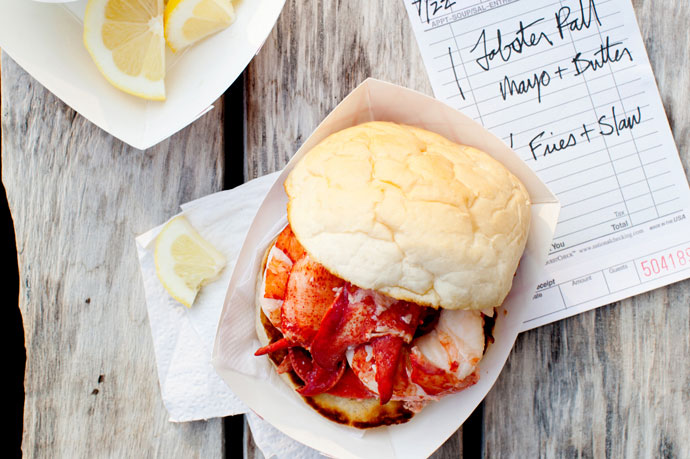 The Clam Shack lobster roll has won many accolades, including the top roll in The Travel Channel’s Food Wars. It’s also a favorite of celebrities from Al Roker to Barbara Bush.

Strengths: Lightly toasted burger bun custom-made by a local bakery, and the option for just mayo, just butter, or a little bit of both.

What You Had to Say: “It’s a party in your mouth that the neighbors called the cops on — and the cops decided to stay for a few rounds.” — Flynn, Arlington, Massachusetts
[separator type=”thin”] 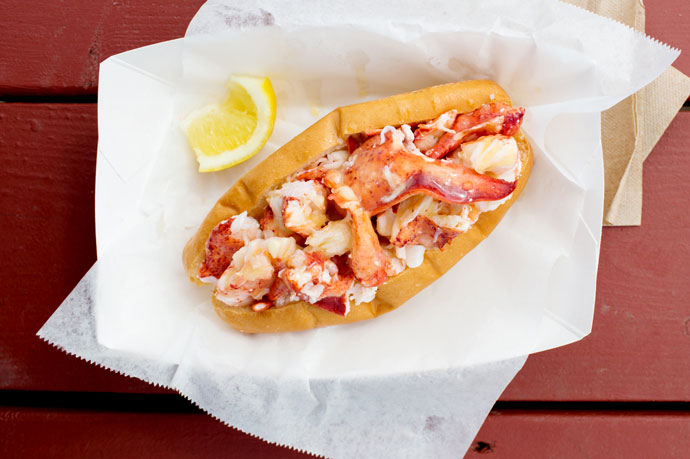 One of the best rolls on wheels, Bite Into Maine’s sandwich is served three ways. Our voters gave their highest marks to two: the “Maine,” with mayo and chives, and the “Connecticut,” with butter.

Strengths: Adventurous foodies should try the “Picnic”-style roll: lobster with a layer of coleslaw, seasoned with wasabi, curry, and chipotle.

What You Had to Say: “My father-in-law said he didn’t like lobster rolls, but he tried one here. He ate it in silence, and then ordered another. Now he calls ahead to make sure they’re open before he visits.” — Sarah, Belfast, Maine

Want to know who won the 2014 title of Maine’s Best Lobster Roll? Hop on a ferry and head right this way.