Of all the gin joints, this might be the only one with its own juniper farm. 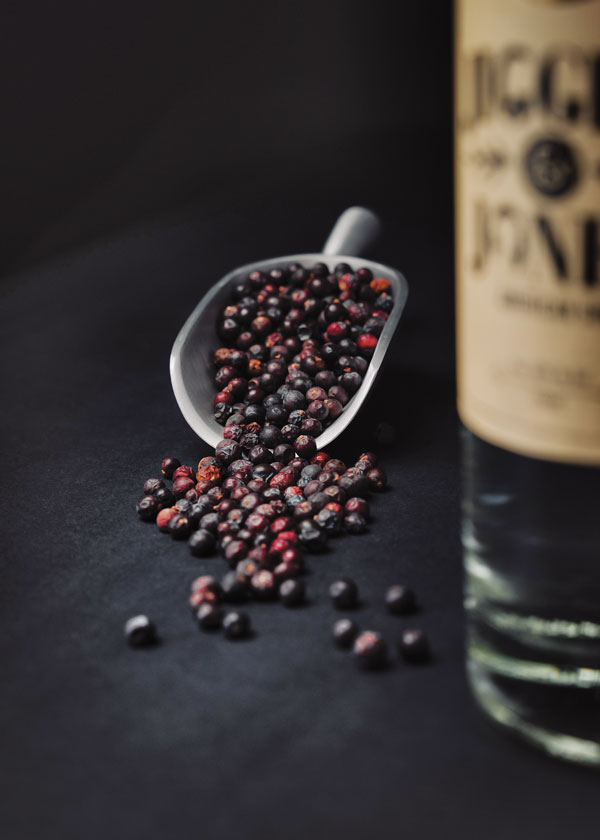 By Will Grunewald
Photographed by Alberto Lopez

Juniperus communis, the common juniper, thrives in frigid climes, takes root in the thinnest of soils, and claims the widest geographic range of any tree species in the world, spanning Europe, Asia, and North America. Its hardiness is astounding even when its stature is not — a juniper can grow to more than 20 feet tall but will more often cling close to the ground, which is why people mostly know it as an ornamental garden shrub. Juniper does, however, play another significant role in human affairs: its berries are the primary flavoring in gin.

When Matt Murphy — along with his father, Larry, and business partner, James Beaupre — started Devil’s Half Acre Distillery, in Hermon, they decided to grow their own juniper on a horse farm that’s been in Murphy’s wife’s family for five generations. But because juniper is so naturally abundant, distillers usually just buy from companies that forage the berries in bulk, a painstaking process done by hand. No one else in the country — maybe the world — seems to bother to farm-raise juniper berries.

For Murphy, though, the farm is more about ethos than practicality. “I like Maine because of its land- and nature-oriented focus,” he says. “A lot of people here work in fishing or farming, and most have at least some sort of garden or self-sustaining capability at home. It’s old-school, traditional Maine. So when we had the opportunity to work the land and see something go from growth to harvest to production to being poured into a glass, it really made sense to us.”

Namesakes: The word “gin” comes from the Dutch and French words for juniper, which Devil’s Half Acre co-owner Matt Murphy (above) is planning to farm for its berries. The distillery takes its name from a seedy section of bygone Bangor. Its Jigger & Jones gin pays homage to Jigger Johnson, a local lumberjack, and Fan Jones, a brothel madam.

With no playbook to follow for juniper cultivation, the Devil’s Half Acre team consulted with advisors from the U.S. Department of Agriculture and the University of Maine Cooperative Extension. Murphy, a 15-year veteran of the army and national guard, has been nurturing patches of wild juniper with organic fertilizers. This spring, he’s grafting from those wild bushes to plant long orderly rows, which should mature within a couple of years.

In the meantime, the distillery sources enough berries from local foragers to keep up production, selling in shops throughout Maine. Murphy says they want to eventually expand and add an on-site tasting room, but for now, they’re simply focusing on their juniper and their gin, and Murphy doesn’t think they’ll ever detour into whiskey or rum or any other spirit. “Our goal,” he says, “is to do this one thing and do it perfectly.”