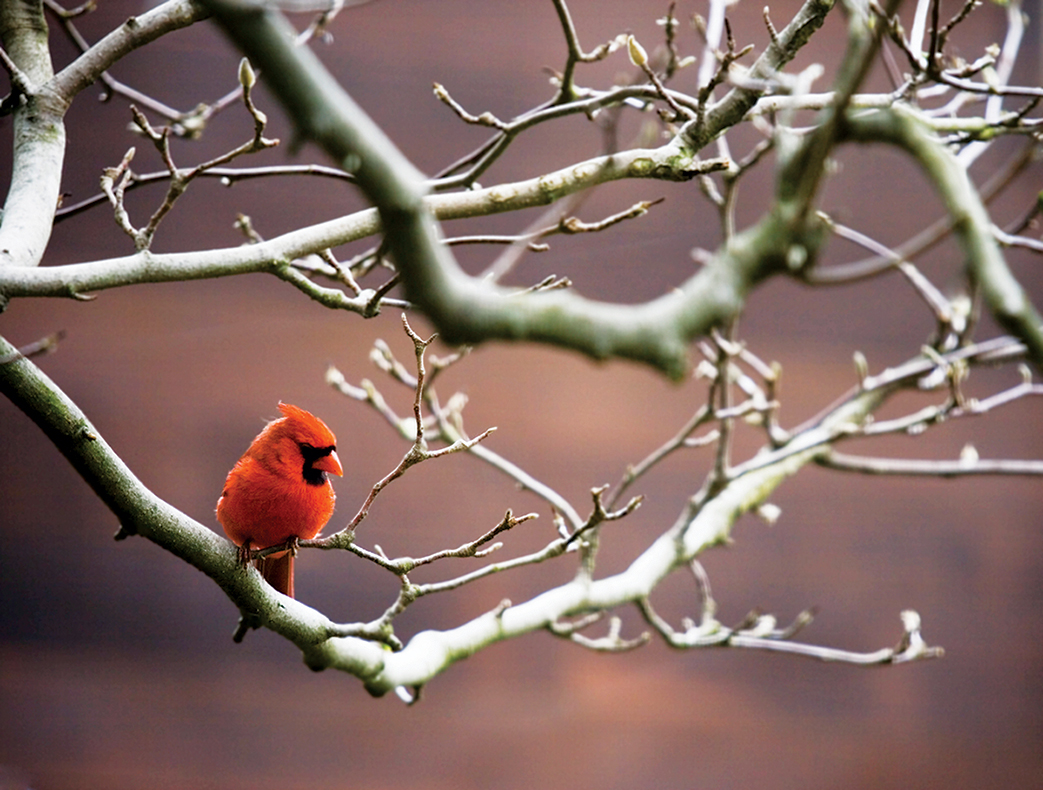 On love, loss, and the land that's part of us.

This story originally appeared in our March 2015 issue.

[dropcap letter=”O”]n a late winter afternoon, I help my father lug pots of sprouted daffodil and hyacinth bulbs from the cellar and arrange them in the big south window in my parents’ kitchen. Neither of us can ever wait for spring. We are admiring the emerald zing of new daffodil leaves when a male cardinal zooms by the window and lands on the feeder, igniting the snowy yard like a blossom from the tropics.

“He comes about this time every day,” my father says. “And boy, is he flighty.” We watch the bird together as it becomes a silhouette on the feeder, the snow glowing blue beneath the dark trees.

Both of us have spent hours at this window, washing dishes and watching the birds at the feeder. My parents have lived in this house for nearly 50 years. It sits about a mile down the road from the gray clapboard cape where my father was born.

I’ve walked that road with my father more times than I can count, probing him for stories about his growing up on a subsistence farm in Maine during the Depression. I learned not only about his early life, but also the names of the plants, trees, and birds. The orange flowers that bloomed in ditches? Jewelweed. That tree by the brook? He’d break off a twig and tell me to taste it: wintergreen, the flavor of black birch. The handsome black, white, and rust bird calling from a thicket? A towhee. The brown bird fluting in the pines at sunset? Wood thrush.

Cardinals were rare in southern Maine when my father was a boy, and uncommon in my childhood. They’ve since expanded their range and now frequent my parents’ feeders. My father never fails to remark on the male’s visits. “He picks up a few seeds,” he says, “and just like that, gone.”

The call comes three weeks later on a cold, bright Sunday morning. It’s my brother. “Dad died this morning,” he sobs into the phone. He tells me the story. My dad was feeling slightly unwell, so my mother brought him to the emergency room, where he lost consciousness and they couldn’t revive him. A heart attack. It was quick. He didn’t appear to suffer.

I’ve walked that road with my father more times than I can count, probing him for stories.

Crows are the only birds I see during the four-hour drive to my parents’ house. Crows perched in a white pine while my husband Tom pumps gas. Crows soaring over snowy fields in Augusta. Crows over Portland. Strangely, they bring me comfort. Not undertakers or scavengers, but escorts.

I imagine my father’s last minutes in the passenger seat of my parents’ Honda sedan, my mother driving the road we had walked together so many times. I hope he was at peace on that ride. I hope he enjoyed those familiar views that he had seen for so long, that had changed a little, but not much: a few more houses, but still plenty of open land, fields bordered by hardwoods and tall white pines. I hope he felt held by that land, which he knew, walked, worked, and loved for his nearly 85 years. Land that was part of him — his flesh, blood, and bones. His thoughts, memories, and dreams. His stories. His very breath.

The next day, I sit in my father’s worn green recliner to write his eulogy. It is my birthday. A flash of red glows on the side of a large oak out the far living room window. I race to the window. Sitting on a stub of branch, huddled tightly against the tree, is a male cardinal.

A friend told me that the Balinese believe that birds are the souls of those who’ve died. I want to believe in souls, in some eternal seed in each of us, especially now. I want comfort and reassurance, but it’s not that easy. Maybe the cardinal is a sign from my father, and maybe it’s just a bird. Maybe it’s both. None of us knows. All I can do is try to trust in this searing and gorgeous mystery and watch this bright red bird out the window. 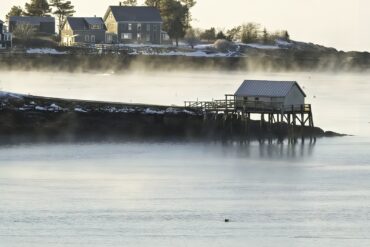 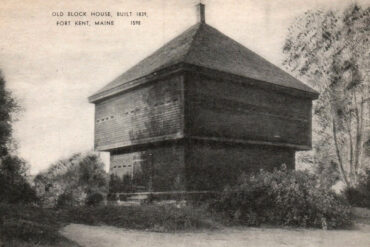