The Complete Works of Marsden Hartley

An art historian and Bates College size up the Painter of Maine's oeuvre. 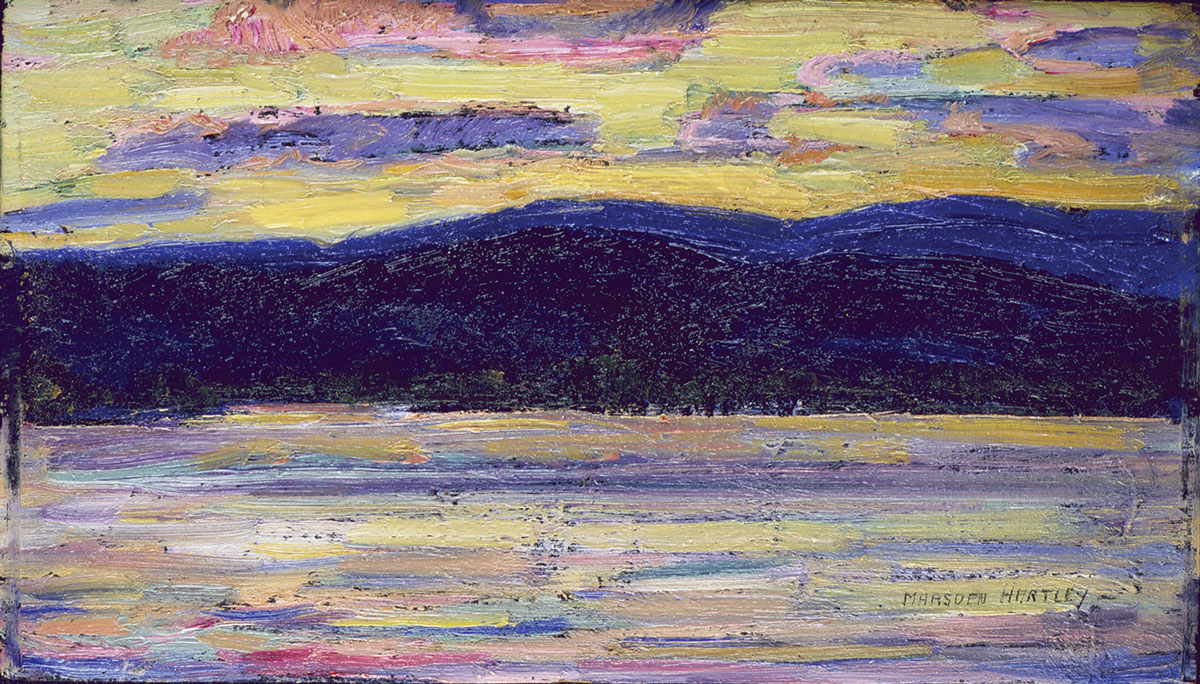 Marsden Hartley spent much of his career bouncing around the U.S. and Europe, but he started and ended it in Maine, where he depicted everything from Katahdin to lobstermen to sunbathing beachgoers in his bold, geometric style. He left a long and varied trail of works behind after his death, in 1943. Today, Gail Scott has a list of some 1,650 known Hartley paintings and drawings. For each one, she’ll record basic data — title, medium, dimensions, and more — and then she’ll do the complicated, toilsome work of tracing provenance, detailing exhibition history, and producing bibliographies of relevant texts.

Such a compendium, a catalogue raisonné, is a key resource for researchers, students, and art sellers. Art historians have compiled catalogs on countless significant artists, and though Hartley’s trailblazing oeuvre has never enjoyed so thorough an accounting, it hasn’t been for lack of trying. Two art historians separately attempted the feat in the 20th century, and neither finished. Scott started chipping away nearly a decade ago — the process is like “a solo ascent of Mount Everest,” she says — and she eventually realized she would need institutional backing to see the project through.

Bates College, in Hartley’s hometown of Lewiston, partnered with Scott and helped secure a supporting grant from a New York–based arts foundation. And one big advantage Scott has over earlier Hartley catalogers is the internet, a much more efficient resource than the repositories of microfilm upon which art historians used to depend. Her goal is to have a preliminary catalog housed at the college art museum’s website by early 2022.

“Hartley was constantly experimenting and pushing boundaries,” Scott says. “There’s depth in what went on mentally and spiritually that I find endlessly fascinating.” In the ’80s, she edited a collection of Hartley’s art essays and another of his poetry and wrote an extensive study of his painting. “I’ve been working on Hartley a long time,” she says. “And so this seems like the right sort of culmination of a career.”