Katahdin: The Mountain, The Muse 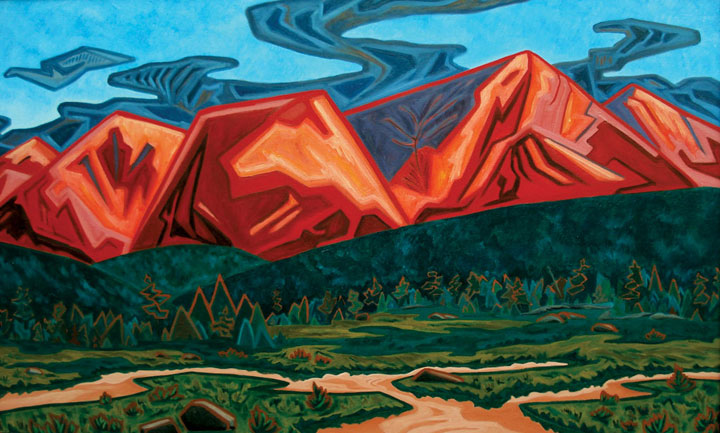 Maine’s hulking natural monolith has inspired landscape painters for well over a century.

“I dwell in the shadow of Katahdin — Maine’s superlative mountain . . . If the concept of wilderness can be reduced to any specific illustration, it is probably best typified by the impression of its lonely mountain, reached only by a long journey through the wilderness.”
— Myron Avery, Mount Katahdin in Maine, 1934

Because it rises abruptly from a mostly level countryside, Katahdin, at an elevation of 5,267 feet, can be seen from great distances and gives the impression of immense height. Viewed from surrounding lakes, ponds, rivers, hilltops, cliffs, meadows, and bogs, and through the occasional break in the wilderness canopy, the mountain’s classic ever-changing skyline silences one to wonder. Myron Avery, who helped spearhead efforts to create the 2,180-mile Appalachian Trail stretching from Georgia to Maine, once wrote, “From each cardinal direction, Katahdin’s aspect is utterly different,” noting that it is “not one but many mountains.”

Located in Piscataquis County, near the geographical center of the state, Katahdin is the landmark to which early travelers turned as they explored the North Woods or followed the traditional water routes leading northward to Canada. Today, the mountain forms the heart of Baxter State Park, a sprawling wilderness bordered by the East and West branches of the Penobscot River.