From the “lumbersexual” to the “lobstersexual,” the nation’s hottest fashion trends originate here in Maine.

[W]e couldn’t suppress a shock of recognition this winter upon opening our laptops and suddenly reading everywhere about the rise of the “lumbersexual.” You somehow managed to miss this? Coined in October by Tom Puzak of the outdoor blog Gear Junkie, the term is a portmanteau of “metrosexual” (a well-groomed, style-conscious urban male) and “lumberjack” (you already know what that is). It describes a new generation of fashionable city-dwelling guys who’ve given up body waxing and tailored shirts in favor of facial hair, flannel, and work boots. “He is bar-hopping,” wrote Puzak, “but he looks like he could fell a Norway pine.”

In the ensuing months, the Internet ran wild with the new moniker. “Is ‘Lumbersexuality’ Bringing Masculinity Back?” asked The Huffington Post. Cosmopolitan, predictably, offered a primer: “Are You Dating a Lumbersexual?” The Atlantic, just as predictably, ran a vaguely scholarly think piece (“Lumbersexuality and Its Discontents”) about the frontier ethos and historical symbols of masculinity. The trend even spawned its own dating site: Lumbermatch, for bearded, plaid-clad men and the women who love them.

Hey, we figured, we’re the state that invented lumberjacks. This is where all those boots get made, and what is Renys if not the world’s foremost flannel emporium? Not to mention the fact that Mainers have been setting the bar for facial hair for centuries — have you seen the mustache on Joshua Chamberlain?

But here at Down East, we are not content simply to take credit for existing fashion trends. No sir, we are trendsetters. And so we give you the “lobstersexual,” the next made-in-Maine men’s style phenomenon. Expect to see this look in 2015 on the streets of Los Angeles and in your hipper Brooklyn bars. 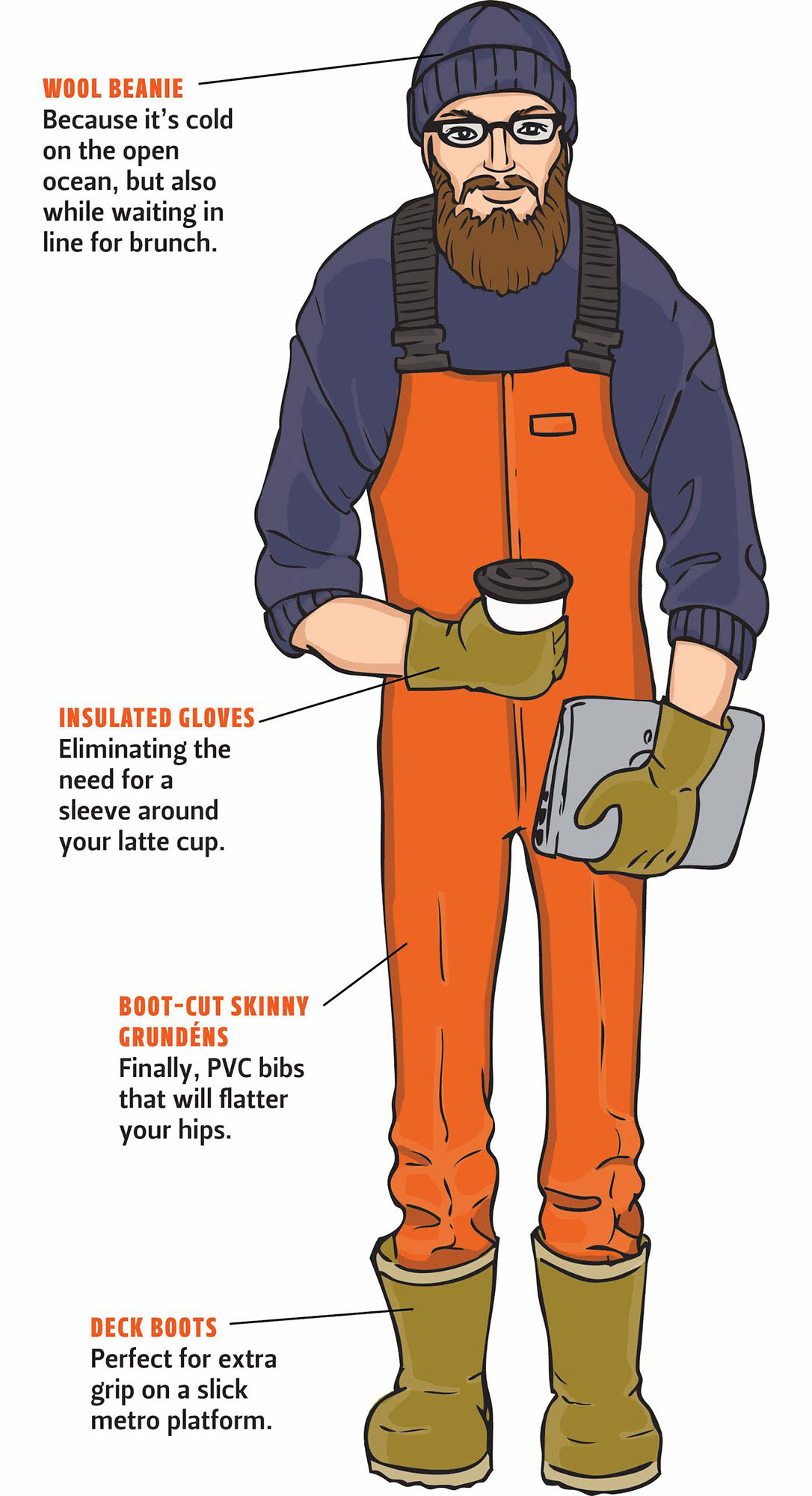