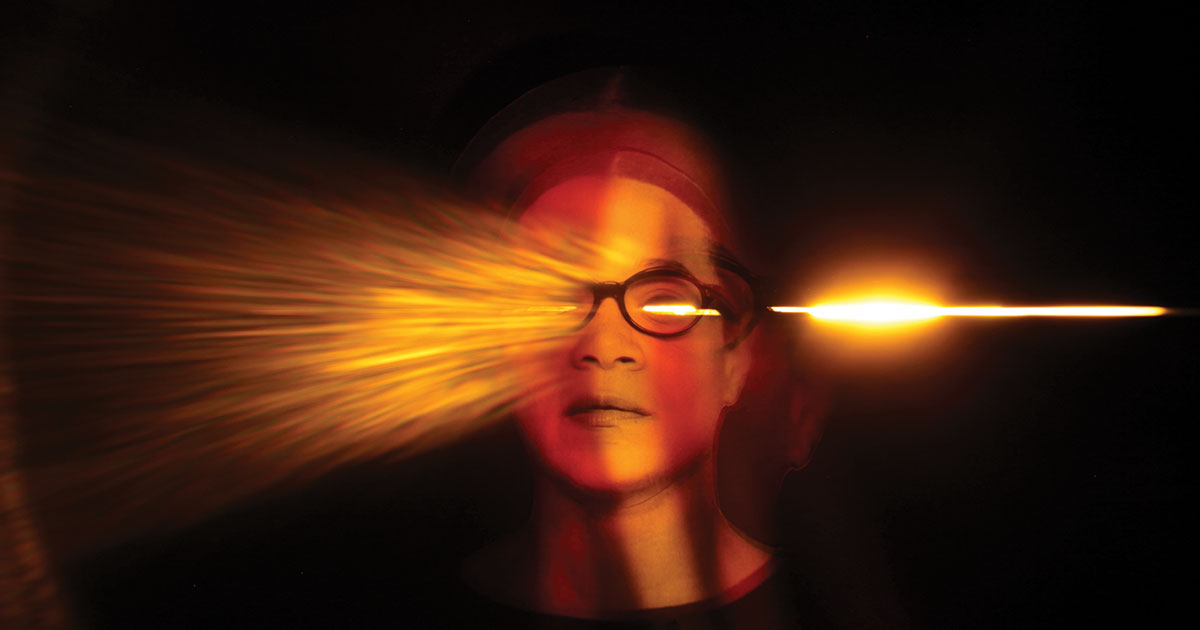 In our era of binging on full seasons of hour-long television shows, tackling an eight-episode short-form series should be a piece of cake. Right?

[dropcap letter=”T”]he Strange Eyes of Dr. Myes, created by College of the Atlantic professor Nancy Andrews and shot on Mount Desert Island, recently picked up a prestigious Gotham Independent Film award in the “Breakthrough Film — Short Form” category. A couple of minutes into the first episode, I think I love it — and I also wonder if I have the stamina to binge-watch the whole weird series, even though it’s only about 80 minutes long.

The avant-garde production, about a rogue scientist obsessed with understanding — and adopting — animals’ heightened abilities of perception, is a full-on sensory assault, with more sound and color packed into 10-minute episodes than a two-hour Pink Floyd laser light show. It’s campy, fun, challenging — and maybe brilliant.

Midway through episode three, Strange Eyes starts into its first lengthy animated sequence, with tumbling bats and human skulls, swirling octopus tentacles, flowers, and the titular mad scientist herself, all in hues of purple, yellow, and orange. Pretty trippy. In the following episode, Dr. Myes develops a peculiar speech impediment: when she tries to talk, insect sounds come out. 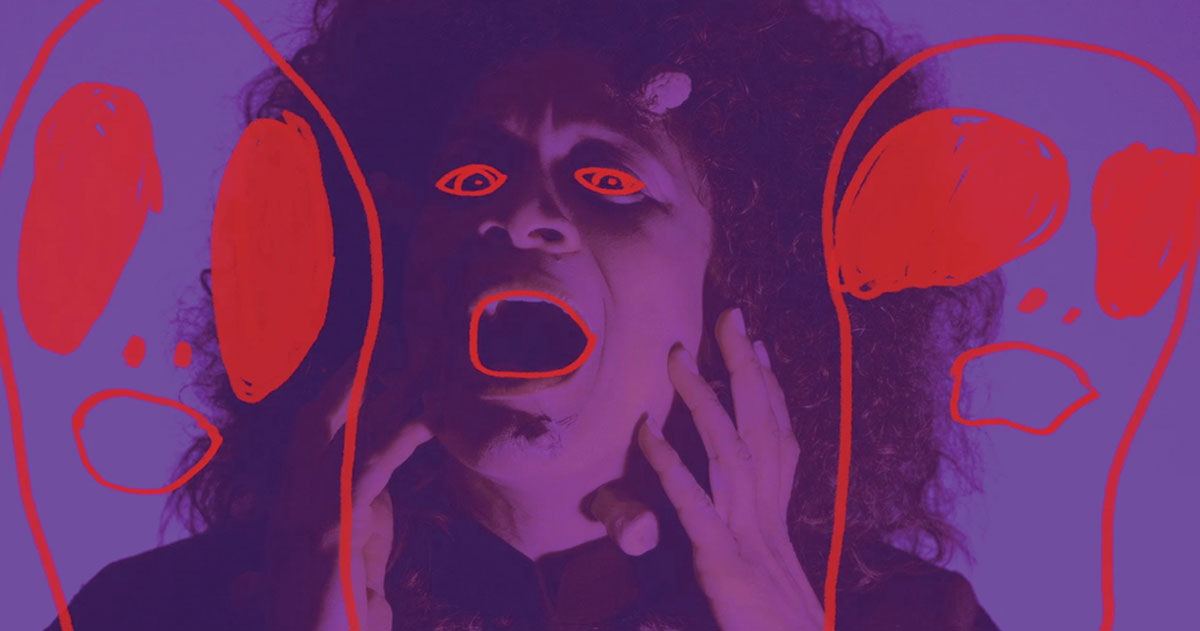 I think I’m keeping up pretty well. But the next thing I know, I’m staring at three minutes of synchronized aquatics featuring swimmers in electrode-covered caps. The sequence lasts a third of the episode, but it feels longer.

Halfway through, I’m finding it hard to articulate the appeal — it’s like I’m losing my grasp on the story at the same time I’m being hypnotized by it.

By episode six, Dr. Myes has developed facial growths as a result of her fringe experiments. She sings into a broken mirror about her monster eyes, accompanied by more animation and wild visual distortions, an MGM musical fever dream. The phrase “monster eyes” is sung over and over (15 times, actually), worming its way into my head. An episode later, Dr. Myes’ assistant, Dante, asks a cockroach for help breaking out of jail, cartoon insects arrive to answer his call, and I think my mind breaks just a little. And I still have one more episode to go.

Watch The Strange Eyes of Dr. Myes — all at once or gradually, with or without insect sensory abilities.