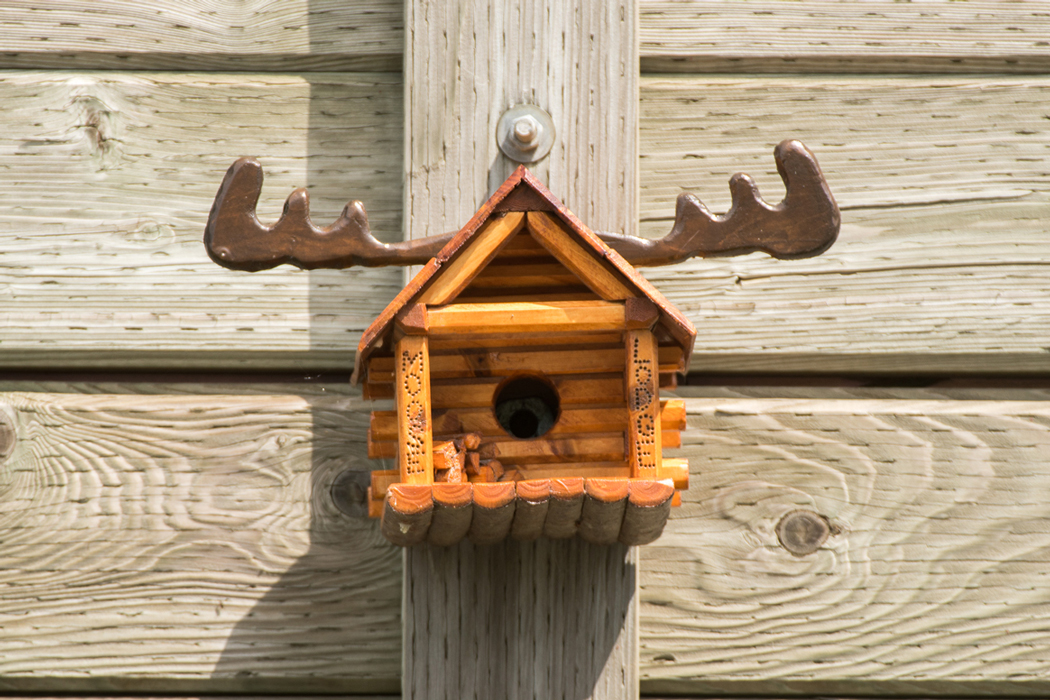 For years, birdhouses have popped up seemingly out of thin air along a Moscow roadside. Who’s making them and why?

[cs_drop_cap letter=”I” color=”#cc2121″ size=”5em” ] first noticed the retaining wall on a jaunt to Quebec City in March 2014. It’s unremarkable, really — just a wood-plank barricade, a third of a mile long, on Old Canada Road (Route 201) above Wyman Lake in Moscow. But as I zipped around the narrow curve that day, a sprinkling of color caught my eye. What was that? On my return, I slowed down for a better look: birdhouses, a dozen or so, were hanging on the wall.

Over the next few years, more appeared. This summer, I counted 82. They’re orange, purple, pink, yellow, and blue. They’re made of wood, license plates, hard hats, and coffee canisters. There’s a church, a log cabin, a sailing ship, and a hotel (the Bird Drop Inn — although if birds use these houses, I’ve never seen one). There’s even a White House, flying a flag emblazoned with a big, boastful T.

I emailed town officials, craftspeople, and business owners from Skowhegan to The Forks. None of them knew anyone who’d put a birdhouse on the wall, nor could they say when the first one appeared, but it may be the solitary blue box captured by Google Maps in 2011.

That’s how I found the Pauls, who conveniently (for me) painted not only their surname, but their Steep Falls zip code on their sea-foam-green birdhouse. Nicole and Jeremy Paul were charmed when they saw the wall on the way to Jackman to celebrate their fifth anniversary last year. Invited back by a friend this summer, Nicole and 5-year-old son Dustin painted the house together. “The fish on the sides were Dustin’s idea, because he loves fishing,” Nicole says. 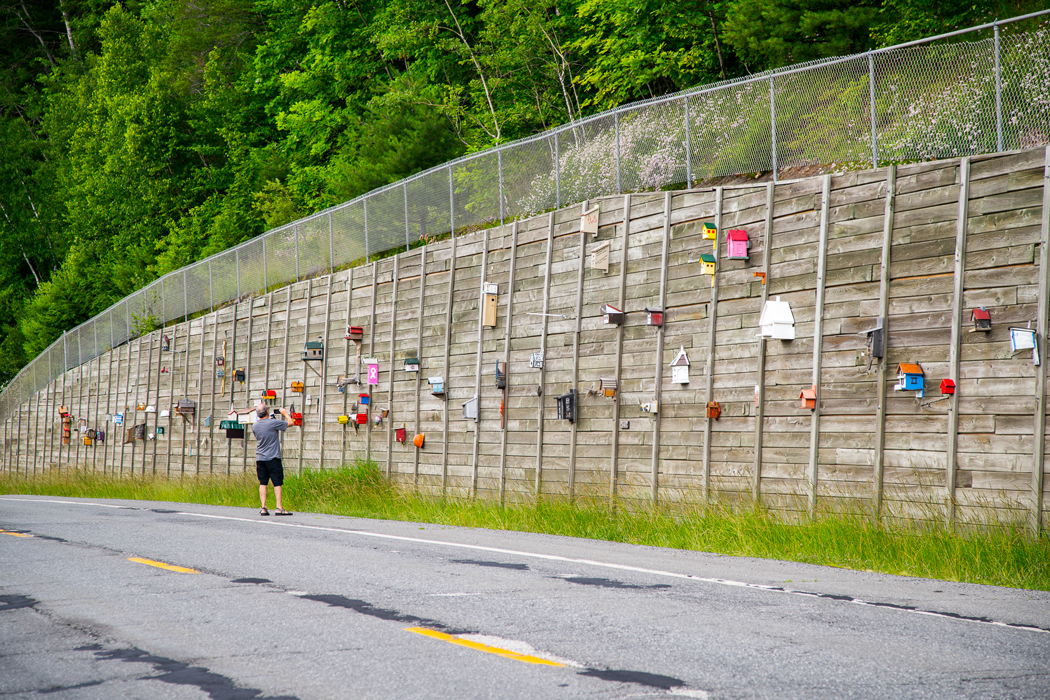 Maine State Police spokesman Stephen McCausland pointed me to retired state trooper Michael Edes as the man behind the State Police birdhouse that appeared on the wall this spring. The façade of Edes’ house was contributed by his friend and former colleague, David Preble, a retired detective who makes clocks out of police department seals. Beneath the birdhouse are the metal numerals 332 and 326 — the badge numbers of Troopers Thomas Merry and Jeffrey Parola, who once patrolled this road. Both men died in the line of duty — Merry in 1980 at age 28, when he was struck by a suspect’s vehicle while setting up a roadblock; Parola in 1994 at age 29, in an accident while responding to a domestic dispute call.

The birdhouse was Edes’ third contribution to the wall. He put up his first two — the wall’s 14th and 15th — in 2014, on his way to his camp near Jackman, and he’s since stopped once every year to take a tally. “I enjoy them,“ he says. “There’s no politics involved. It’s just local people and camp owners who stopped and did something to brighten drivers’ day.”

Last fall, Edes counted 145 houses, but heavy snow thrown by plows took down many low-hanging boxes. He has a solution though: before summer’s end, he’s dropping off a ladder at the wall.