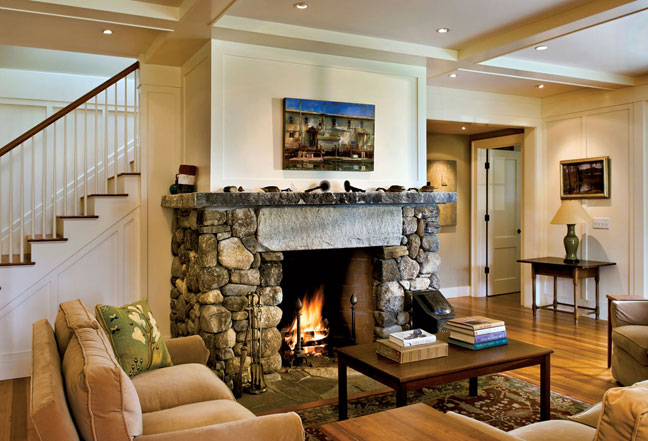 A renovated milk shed serves as the soul of a suburban Scarborough dream home.

The majestic turn-of-the century post-and-beam barn was slated for destruction, another soon-to-be casualty of the subdivision of large homes that was sprouting up on what was once a forty-acre farm on Scarborough’s rocky coast. But a couple designing their retirement home had other plans.

“I knew this land as a kid,” says Malcolm, a psychiatrist from Cambridge who had grown up summering on nearby Prout’s Neck. After he and his wife, Sue, an academic administrator and book artist, purchased a four-acre lot nestled near the woods, they soon began plotting to save what they could of the barn that stood on the other side of a rolling field. At roughly 110-by-40 feet, the hay barn itself was too big a challenge, but the adjoining 40-by-60 foot milking shed held promise.