Can You Name the River Beneath This Historic Bridge?

This turn-of-the-20th-century bridge bears the names of two of the region’s pioneering families. 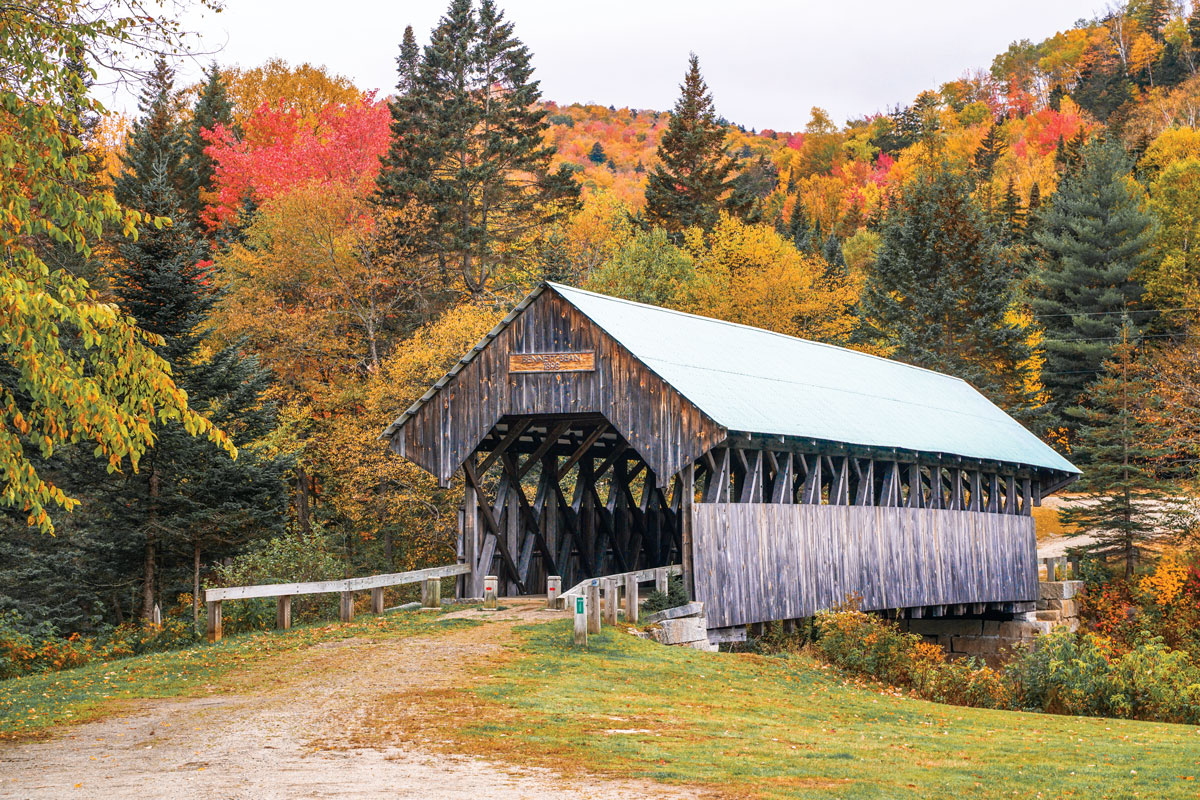 This turn-of-the-20th-century bridge bears the names of two of the region’s pioneering families, among the few to have farmed this sparsely settled country in the 19th century. The only nearby village counts fewer than 50 residents; its population has only briefly topped 100, back around 1910, when workers came to town to build a dam on the river this bridge spans. Lumber for the bridge had to be floated some 25 miles upstream to reach this site, a rafting trip that took six days. Rafting, as it happens, attracts a lot of visitors today, thanks in part to big releases from that dam and the boulder-strewn reaches just below it. The river is a site of pilgrimage for anglers as well, one of New England’s best places to fish for native brook trout, and it’s a prime spot for a foliage float when the surrounding mountainsides turn gold and crimson. The brightest red in the valley used to belong to the bridge’s original wooden roof. It blew off in a windstorm in ’75, but the rest of the structure has hung in there, one of Maine’s nine remaining covered bridges from a onetime inventory of more than 120.