Can You Name This Idyllic Cove and the Village and Town It’s a Part Of?

On the east side of the cove, a short loop trail leads to a beach where visitors can wade when the tide is out. 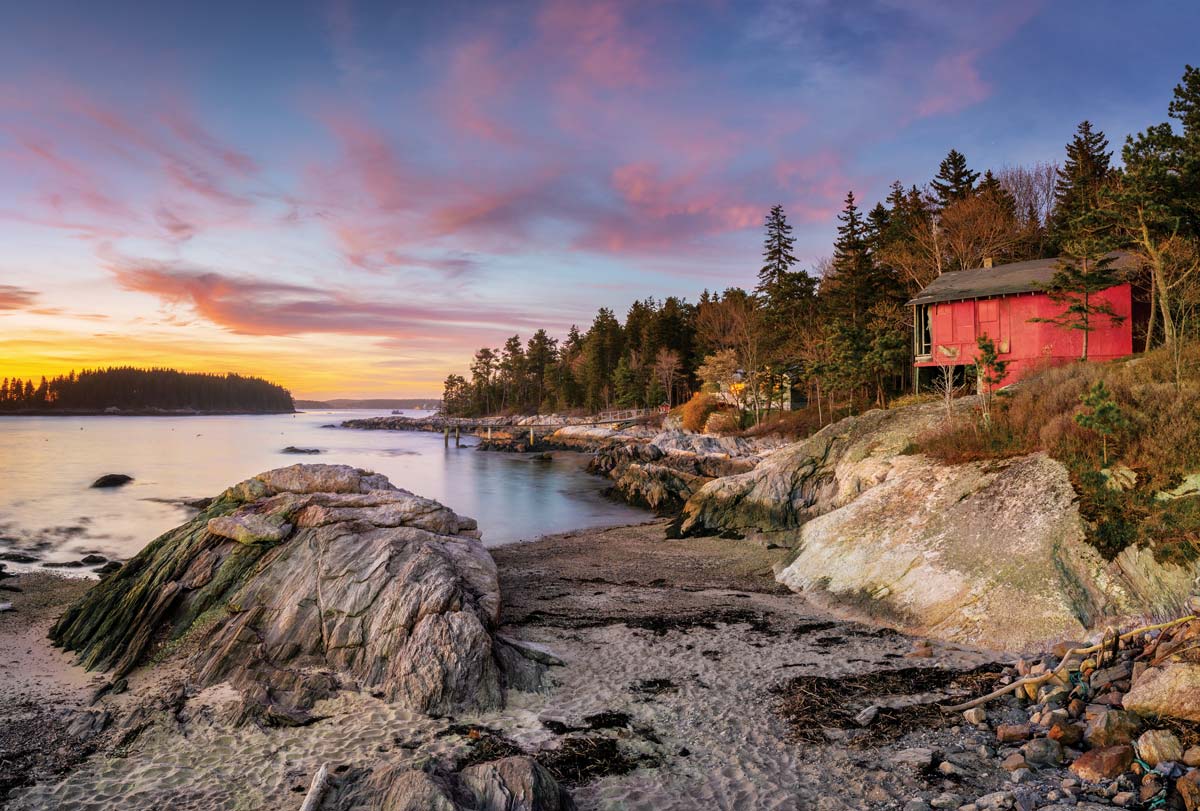 In the summer of 1914, an up-and-coming modernist painter spent a few weeks living in a shack on the spit of land bordering the cove this photo looks out from. One of his watercolors from that trip depicts an island he glimpsed from his humble cabin, which is still standing today (though just barely). Having fallen in love with the landscape, the native New Jerseyan returned to Maine nearly every summer for the rest of his life.

On the east side of the cove, a short loop trail leads to a beach where visitors can wade when the tide is out. In the adjacent fishing village, the main drag is also a loop, winding past several wharves, including one that’s a hub for oyster lovers, a headquarters for one of the state’s fastest-growing oyster purveyors. The proprietors keep boats tied up in the cove, alongside a small fleet of lobsterboats, but motor over to a neighboring harbor to tend an oyster farm there — passing, along the way, an island known locally for that modernist painter, who bought it when he returned to the area in 1915.