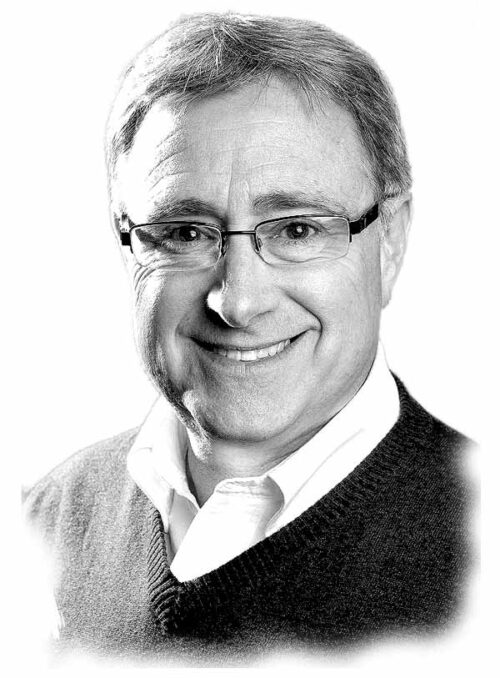 Repeat Honors
Maine Sportscaster of the Year six times over, between 2001 and 2017
(Another) Side Hustle
Play-by-play announcer for UMaine football, going into his 25th year
Favorite Production
Neil Simon’s Last of the Red Hot Lovers. Kimball played protagonist Barney Cashman, a nebbish would-be adulterer, at Bangor’s Penobscot Theatre in 2008.

Stalwart Bangor broadcaster Rich Kimball remembers visiting Thuya Garden for the first time in his 20s. The brainchild of Charles K. Savage, whose family owned the nearby Asticou Inn, the Mount Desert Island garden is a nearly 60-year-old oasis of flowering annuals and perennials on a mountainside abutting Acadia National Park.

“I was captivated by the place right away,’’ Kimball says. “It’s a beautiful garden, with incredible flowers, birds and butterflies and frogs. Even in my 20s, when I didn’t know I needed it, it was a place of peacefulness an solitude, an opportunity to slow things down and take a breath for a few minutes and be in the moment.”

Now 63, Kimball has long had a knack for keeping busy. He was in high school when he started working in local television and radio. He juggled a TV sportscasting job while getting his education degree at UMaine Orono. Today, he’s a social-studies teacher in his fourth decade at Brewer High School, a veteran stage performer and youth-theater impresario, and the host of Downtown with Rich Kimball, on Bangor’s WZON radio station. This summer marks 10 years on the air.

Busy as he is, Kimball makes time for Thuya Garden. In 2006, he met Abby Hayward when they were both working on an Acadia Repertory Theatre production on MDI. On a date, they got to discussing their favorite places. “I said, ‘All I know is, when I die, I hope they scatter my ashes at the Thuya Garden,’” Kimball recalls. “She looked at me and said, ‘That’s my favorite place, and ever since I was a little girl, my dream was to get married there.’”

Kimball and Hayward exchanged vows at Thuya three and a half years later. Now, they visit every summer, reveling in the lush surroundings and bit of kismet that linked them even before being introduced. Often, they’re accompanied by their 7-year-old son, Graham — who, Kimball says, is all too familiar with his parents’ origin story: “He’s already at the stage where he rolls his eyes and says, ‘I know, this is where you got married, I’ve heard it!’”