Lewiston students and teachers get some extra days off, a Maine inn refashions itself as ad-hoc college housing, and more.

The school district added Islamic holidays to its vacation schedule for the first time, in recognition of the city’s significant immigrant community of Somali Muslims.

In the days after a minor earthquake, far-right conspiracists flooded social media with claims that the vibrations were actually from a massive bomb dropped on an invading Chinese force. Residents reported no signs of the People’s Liberation Army.

Inc. magazine named Puritan Medical Products its 2020 company of the year. One of two firms in the world that could make nasal swabs for COVID testing when the pandemic started, Puritan upped production thirtyfold in the past year.

An escaped goat evaded several police officers and waded into frigid Belfast Bay. A resident with a view of the pursuit grabbed her kayak, paddled out, and herded the swimming goat safely back to shore.

To stay afloat in COVID times, the Brunswick Inn refashioned itself as ad-hoc Bowdoin College housing — presently, the quaint B&B is home to first-years who want to stay near campus despite all their classes being remote. Sophomores, juniors, and seniors are living on campus this semester. 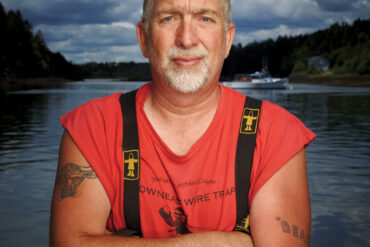