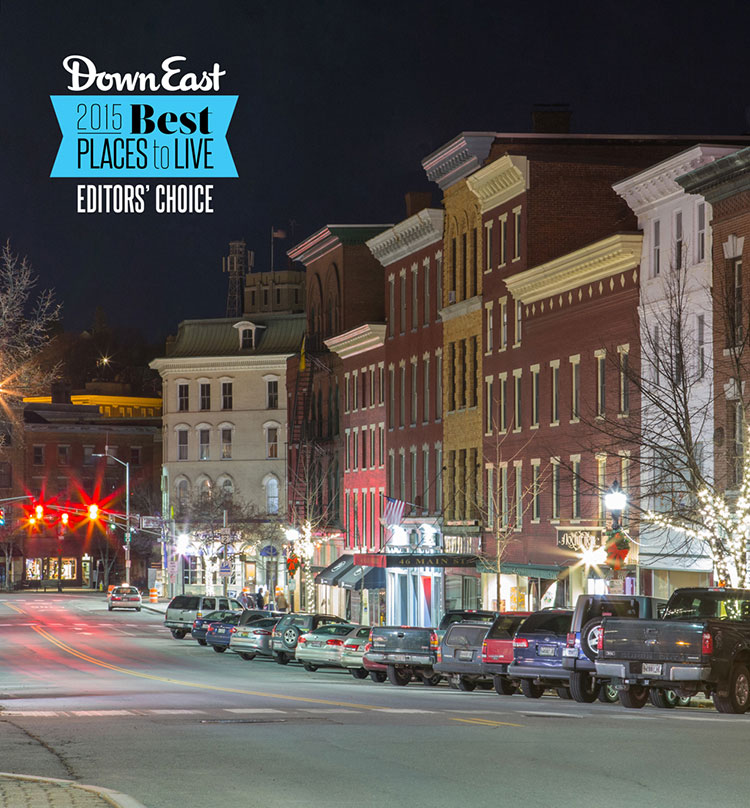 [M]aine’s second city is enjoying a burst of creative and entrepreneurial pep. If you haven’t taken a stroll through downtown recently (and we do mean recently, because it’s welcomed at least four new businesses in as many months), you might be surprised to learn that inside of a quarter-mile, you’ll pass (among other things) a half-dozen decent ethnic restaurants, a juice bar, a couple of boutiques, a world-class beer bar, a great comic book shop, and a store that pairs cloth diapers and home-brew supplies. It’s that kind of eclecticism that makes a city hum. Oh, and on the right night, you might hear an actual hum, from one of the marquee musical acts playing at Darling’s Waterfront Pavilion, within walking distance of downtown.

Nearly a third of Bangor’s population is between 20 and 40 years old. Portland might get all the press for being a young, creative-class mecca, but Bangor’s median age is the same — which isn’t shocking to anyone who’s seen the crowd clicking away on their MacBooks on a Thursday afternoon at Bagel Central (which, by the way, recently expanded).

“Bangor’s no metropolis — which I appreciate. The gateway
to the North Woods should feel rootsy. But you can’t hang
around there these days and not notice a kind of a
creeping optimism, a sense that it’s a city on the up.”
— Brian Kevin, Down East Associate Editor

“Downtown Bangor just has a lot of personality,” says Betsy Lundy, co-proprietor of Central Street Farmhouse, the diaper-and-homebrew emporium. “There’s always been a core group who believed in it, but it’s reached this tipping point where people from outside are looking at downtown not just as a viable economic district, but just as a really lovely place to be.”

With city perks come city problems, of course. Bangor’s crime rate, for example, is perennially higher than most Maine municipalities, driven mostly by property crimes. But the city has made impressive strides in recent years, with 59 incidents per 1,000 residents, according to the most recent report from the Department of Public Safety — down a full 13 points from when Bangor led the state in crime in 2009.

Redevelopment efforts underway include three apartment projects that will see some 30 new downtown lofts opening this summer, geared towards young professionals and reformed suburbanites returning to the city. Also coming to downtown Bangor this summer: two new food trucks, a floating (literally, on Kenduskeag Stream) public art installation, the popular River City Cinema outdoor film series, the 10th anniversary of the three-day American Folk Festival . . . and at this rate, who knows what else?

For gorgeous full-page photos and more, pick up a copy of our collectible 2015 Best Places issue (or read the full issue on your on your tablet)!