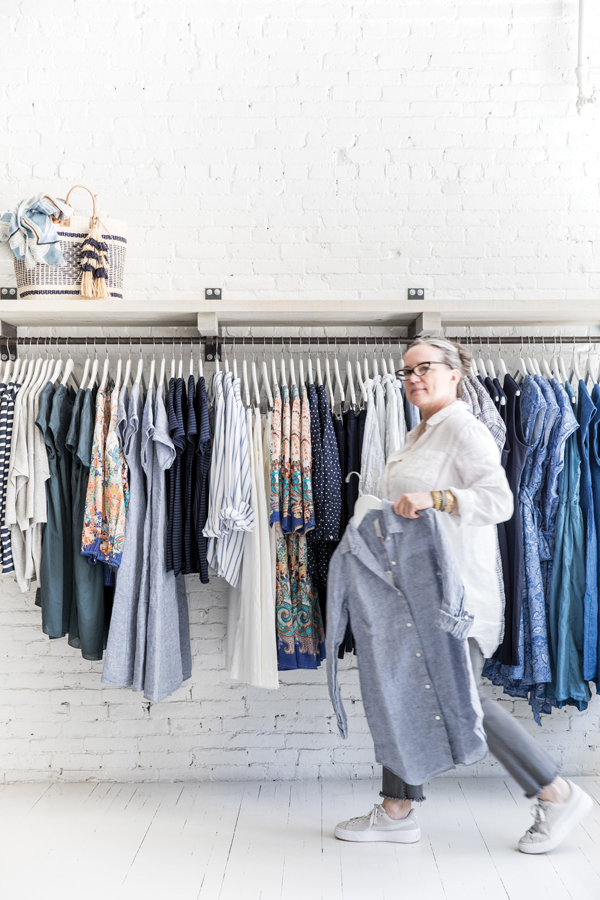 [dropcap letter=”B”]eth Bowley remembers exactly the dress that made her want to be a designer. It was pale pink and short, with bell sleeves trimmed in lace. Her grandmother made it for her to wear to her mother’s second wedding when Bowley was 6. “I didn’t know you could have a dress that had what you wanted,” she says. “I loved that dress so much. I dragged those sleeves through everything.”

Soon, she was spending 10 hours a day at her mother’s sewing machine, and by junior high, she was making her own clothes. “The only places I could shop were Sears and L.L.Bean, and I was struggling to be happy with my wardrobe,” says Bowley, who grew up in southern Maine. “I made some really horrific outfits that I wore proudly.”

She went on to study at Parson’s School of Design in New York (designer Marc Jacobs was a classmate). After graduating in 1984, she landed a job on Seventh Avenue as an assistant designer for Perry Ellis. Fourteen years later, she launched her own eponymous line, which was carried by stores like Anthropologie, Nordstrom, and Saks.

But in the aughts, Bowley found herself longing for Maine. She bought a three-story building on Main Street in Rockland and opened fourTWELVE, selling high-end women’s clothing, accessories, and home accents. It was her first foray into retail, and she loved it. Buying for the shop, she says, is like crafting a story.

In 2010, she launched a clothing line, Studio 412, specializing in super-simple shapes in beautiful fabrics that can be worn every day and will last for years.

The fabrics are sourced from Italian mills, but everything else happens in a humming warren of spaces behind the store. That’s where Bowley designs and a small team of women, some of whom have worked for her for almost a decade, cut and sew fabric into dresses, tops, jumpsuits, and coats for some 30 boutiques across the country.

Bowley, a Maine native, moved her business to Rockland after more than two decades in New York. All design and manufacturing take place in a studio behind her Main Street boutique. 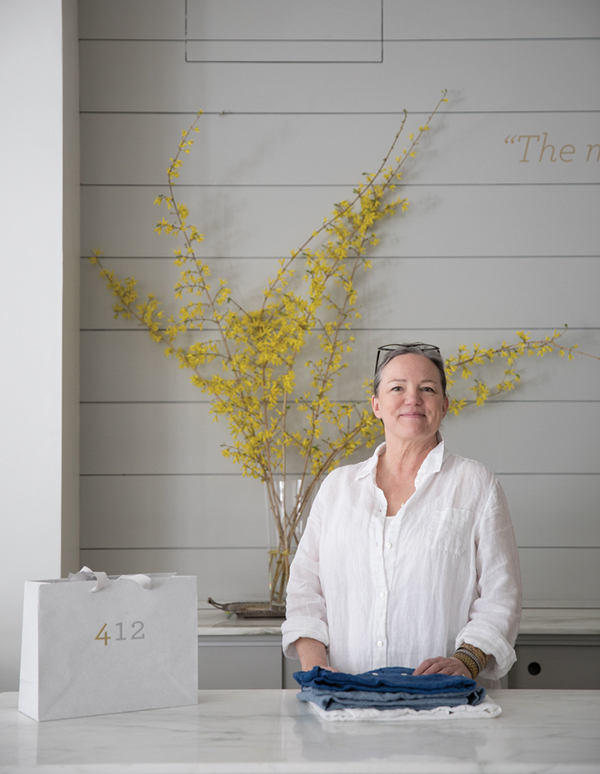 Do you remember the first thing you ever sewed?

I must have made 50 stuffed animals — mostly cats. They were these funny little cats, and the world’s simplest pattern. I’d make them in different sizes, out of different prints.

Why did you come back to Maine?

I’d been in New York for 25 years, and I’d been running the Beth Bowley line for 12 years, and it didn’t feel like me anymore. It was fun — very bright, printed silks — but I wanted to evolve. I made a couple of attempts, but I’d go to trade shows and they’d say, “Where’s the pink dress? That’s what they’re used to coming to you for.” So I realized the best way to do it was a complete reinvention. 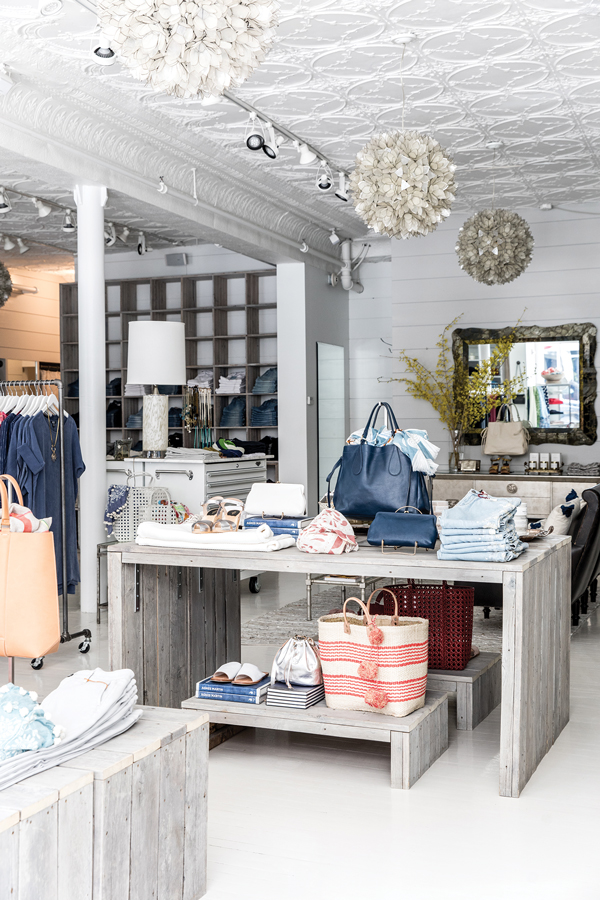 What are some of the upsides to manufacturing here?

People definitely love the “Made in Maine” thing. My customers play that up. And people love that something they bought was actually made in this building. Obviously, it’s not inexpensive to manufacture here, and I am a total fabric snob. The garments need to be simple for that reason, and also because I want you to buy a dress that you’re going to wear for 10 years. I believe that restraint is the hardest design of all, but it does equal something that will endure.

It is, but we don’t have a lot of resistance. I think people understand my employees are paid very well, and guess what, that’s why they’ve been with me forever. I take care of them, and they should be taken care of. If it means I can only sell this many instead of that many, that is what it is. In my older age, I’m less concerned with being prolific and making tons of stuff.