Maine has spent decades trying to do right by the endangered Atlantic salmon. So how come our salmon runs are still paltry? The answer: it’s complicated.

[A]fter nearly 20 years, it’s easy to forget the noisy controversy in Maine over whether to list the state’s Atlantic salmon under the Endangered Species Act. But back in the late 1990s, salmon were scarce and vitriol was abundant. In 1996, Governor Angus King warned federal regulators that if the fish were listed, Maine would stop cooperating on salmon restoration efforts. At a 2000 hearing in Machias, Senator Olympia Snowe said a listing would be an “economic decapitation” of Washington County, predicting the demise of both the aquaculture and blueberry industries.

But the science showed steep declines in salmon numbers, and salmon advocates prevailed. In 2000, federal regulators protected Atlantic salmon in eight Maine rivers under the Endangered Species Act (ESA), and they expanded the listing in 2009 to include salmon in the Androscoggin, Kennebec, and Penobscot rivers.

Even back then, it was clear that one factor in the species’ declining numbers was something that was happening during the fish’s time at sea. As juveniles (known as smolts), most Atlantic salmon migrate to salt water, where they spend one to four years before returning to fresh water to spawn. Around 1990, observers started noticing that fewer of the fish that went to sea ever returned, a phenomenon that affected salmon populations from Maine to Labrador. Something had shifted abruptly — some combination of currents and salinity made the ocean warmer than optimal in some areas and cooler than optimal in others. That shift was likely influenced by large-scale weather cycles known as the North Atlantic Oscillation and Atlantic Multidecadal Oscillation. 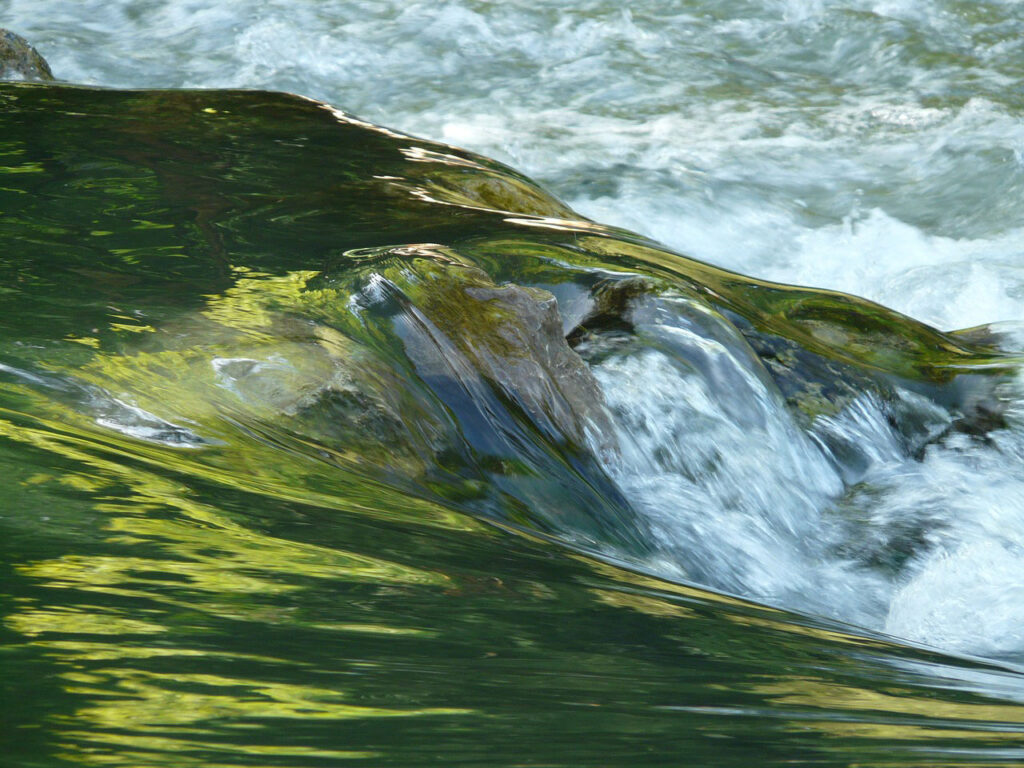 Salmon advocates said the formula for rebound was fairly simple: List the fish, improve habitat here in Maine, and, when those weather patterns shifted back, the fish would “come home” to healthier conditions in Maine’s rivers. Maine’s congressional delegation began tapping funds for restoration, and a broad coalition of state, federal, and local agencies, along with dozens of non-profits, raised millions of dollars and got to work.

As they checked these items off their to-do list, salmon advocates allowed themselves occasional sighs of relief. The fish were protected by the ESA, habitat was improving, and, thanks to pressure from an international coalition of conservation groups, the commercial fishery in Greenland was much reduced. It seemed just a matter of time before the fish would start returning in large numbers.

And in the mid-2000s, things started looking up. Salmon returns ticked up modestly. Then, in 2011, salmon had a banner year — the best returns since 1986. More than 3,100 salmon ascended the Penobscot, where biologists tally them at a fish trap, up from 534 in 2000. Some even predicted that salmon had, at long last, turned the corner.

But 2011 turned out to be an outlier. The next year was one of the worst on record, with just 624 salmon returning to the Penobscot. In 2013, half that many returned, a new record low. And last year, the number fell yet again, to just 255 fish. 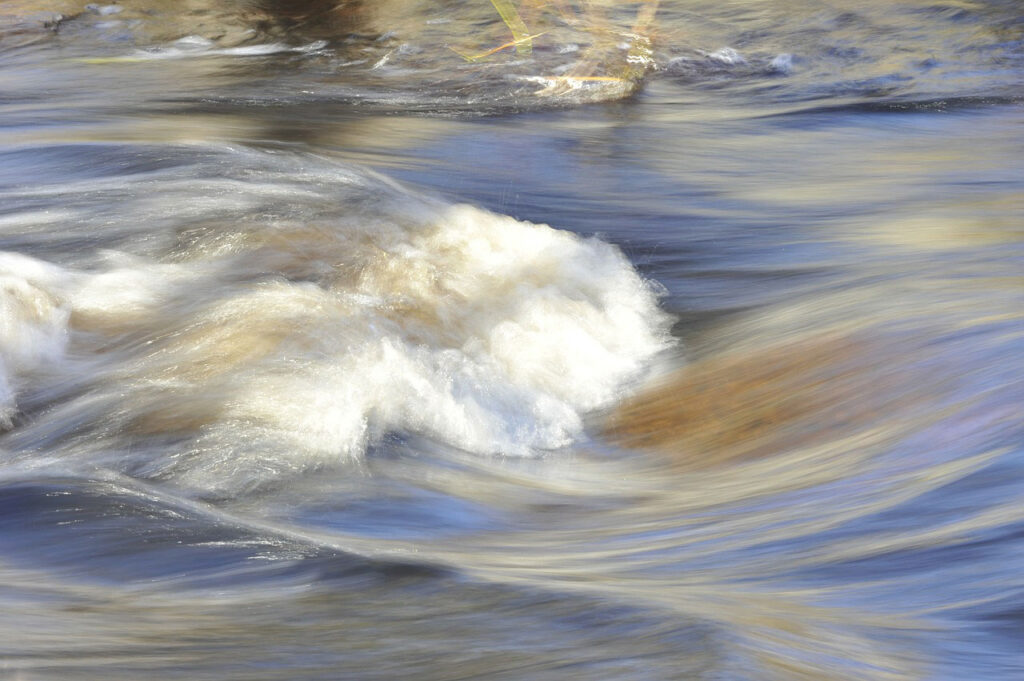 That the trends track closely with Atlantic salmon returns in Canada suggests that the problem is at sea, in the waters near Labrador and Greenland, where salmon gather in large numbers to feed during their saltwater sabbatical. But researchers are realizing that things are not as simple as they appeared a couple of decades back. The ocean is more complex, the changing climate more influential, and freshwater habitat less productive than once assumed.

Joan Trial, who retired last year as the senior Atlantic salmon biologist for the Maine Department of Marine Resources, puts it this way: “I think in the ’90s, there was a hope that there was one thing we could do to make it all better. It was, ‘Oh, ocean survival, once that’s better . . .’ But ocean survival is not one thing. People were thinking of it as a black box. As you start to break it down, it just gets more complicated.”

The Atlantic Salmon Federation’s Andy Goode agrees. “We didn’t have any understanding of the complexities of the marine environment that affect Atlantic salmon,” he says. One puzzle, Good explains, is that some fish are actually doing quite well during their time at sea.

“A lot of the fish that we do get back, they are healthy-looking fish, so it’s really difficult to figure out what’s going on,” says Goode. “We are trying to figure out where the murder site is.”

[A] clue to the mystery is provided by capelin, a small, fatty fish that spawns along the beaches of Maritime Canada. Kathy Mills, of the Gulf of Maine Research Institute, published a 2013 paper comparing trends in salmon abundance with a number of oceanic conditions — including temperature, salinity and prey — and found correlations with capelin were the strongest.

I think that we’re starting to see that it’s not a matter of just one thing changing, it’s a matter of how those things play out through the ecosystem. Multiple parts have the potential to become misaligned.

“There are a lot of factors in the ocean that will shape the productivity of the system and the prey available to salmon,” says Mills. “When we looked at what’s happening in the ocean, capelin seemed to be the dominant factor coming into play.” Capelin populations started to decline precipitously in 1990, just as the marine survival of salmon declined. Salmon decreased when capelin were not only less abundant, but also less available — when they stayed in deeper water and stopped visiting the shallow waters where salmon typically prey on them.

Mills’ research suggests that increasing ocean temps are limiting salmon recovery in complex ways. A warming ocean affects the abundance and availability of salmon prey like capelin — and the zooplankton that they eat. What’s more, says Mills, there are anomalous years like 2012, which was off-the-charts warm in the Atlantic. And all of this is made more complex by those broad weather patterns, like the Atlantic Multidecadal Oscillation, which can shift weather and warming trends for a decade or more.

“I think that we’re starting to see that it’s not a matter of just one thing changing, it’s a matter of how those things play out through the ecosystem,” Mills says. “Multiple parts have the potential to become misaligned.”

Tim Sheehan, a research biologist with NOAA Fisheries, was a co-author of Mills’ paper. Global climate, he says, is the start of a series of intricate interconnections that affect salmon’s life cycle: “Going from the atmosphere to the current to the temperature to the phytoplankton to the zooplankton to the capelin and then up to salmon.”

But while Sheehan, Mills, and their colleagues can quantify each of these environmental conditions — ocean temperature, for example, or phytoplankton abundance — and document associations between them, it’s very difficult to understand just how each link in the web affects the next. The best they can do is make educated guesses.

It doesn’t help, says Sheehan, that Maine salmon don’t have much wiggle room. Here at the southern edge of the species’ range, Maine salmon have lower marine survival to begin with than their northern cousins — meaning that a smaller percentage of the smolts that swim to sea return as adults one or two years later.

Still, he sees reason for optimism in this. “A minor increase in marine survival can do wonders,” he says. “Case in point: 2011. Something occurred in the ocean that was slightly more favorable for salmon.” That year, salmon came flooding back to Maine in droves — unfortunately, science just doesn’t know what that “something” was.

[A]lthough the thinking of the late 1990s may have been oversimplified, Sheehan says, some of it still applies.

“We are in a state of really poor marine survival. We don’t have the ability to flip it back to a different regime,” he says. “But the one thing we can do is produce as many healthy, robust, wild smolts as possible, to keep fish in the rivers, to keep the genome healthy, and to give you the best chance to get individuals back that have survived the ocean. Then, if and when marine conditions improve, even slightly, you are in a better position to take care of them.”

Even in fresh water, however, biologists are learning that protecting salmon habitat is more complex than once thought. It’s not just a matter of smashing dams and preventing development along riparian corridors. 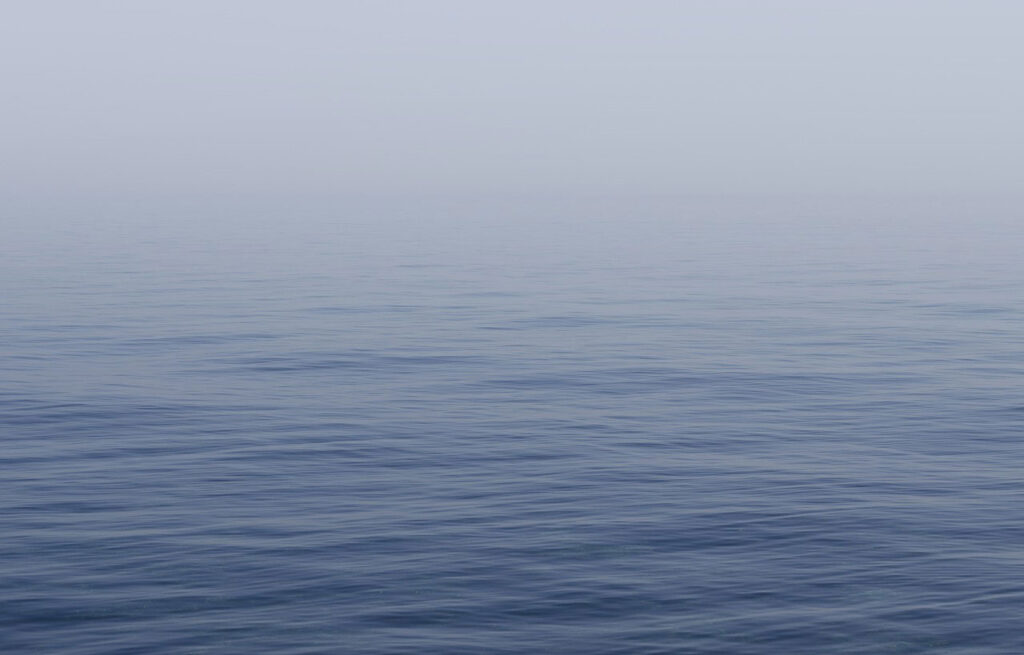 Joan Trial says that even rivers that appear healthy at first glance are often not ideal for salmon. For one thing, the channels in many rivers were transformed by long-ago log drives. To this day, the rivers are straighter than they would be in their natural state, and the channels have fewer of the large obstructions, like boulders and trees, that improve salmon habitat.

What’s more, logging practices and the diminished runs of other anadromous fish — like shad, alewives, and lamprey — affect nutrient cycles and limit the invertebrates that juvenile salmon feed upon. And culverts at road crossings on small tributaries that lead to salmon streams still limit fish passage, crimping natural water flows. Fixing culverts is especially critical as the climate warms, Trial says, because it allows young salmon to migrate to cooler waters in the heat of summer.

All of this means that, even after 20 years, protecting Maine’s salmon habitat is still a work in progress.

On the plus side, says Trial, last winter was ideal for salmon in Maine. The ice-covered rivers did not become super-cooled, there were none of the mid-winter rain-thaw-freeze cycles that are hard on young salmon, and the abundant snow will recharge groundwater, ensuring cool water into the summer months.

John Kocik, a research biologist for NOAA Fisheries, has been studying salmon since before the turbulent days of the late ’90s. He says salmon have now entered yet another stage in their recovery.

“I think the key for the 2010s and beyond is volatility,” Kocik says. “We’ve got some of the highest return rates in 40 years and some of the lowest return rates in 40 years occurring within one salmon generation.” And Kocik believes that’s actually a cause for optimism. It means this year or next year — when the progeny of that banner year in 2011 come swimming home — could be another excellent one for salmon, if all the parts just line up right.

It’s a different picture emerging than we saw in the late 1990s, four salmon generations ago. The politics may be simpler, but the biology is more complex and the future far less certain.

Get the Best of Maine travel, food, culture, and homes & gardens every month with a subscription to Down East for just $28. Gift subscriptions available.