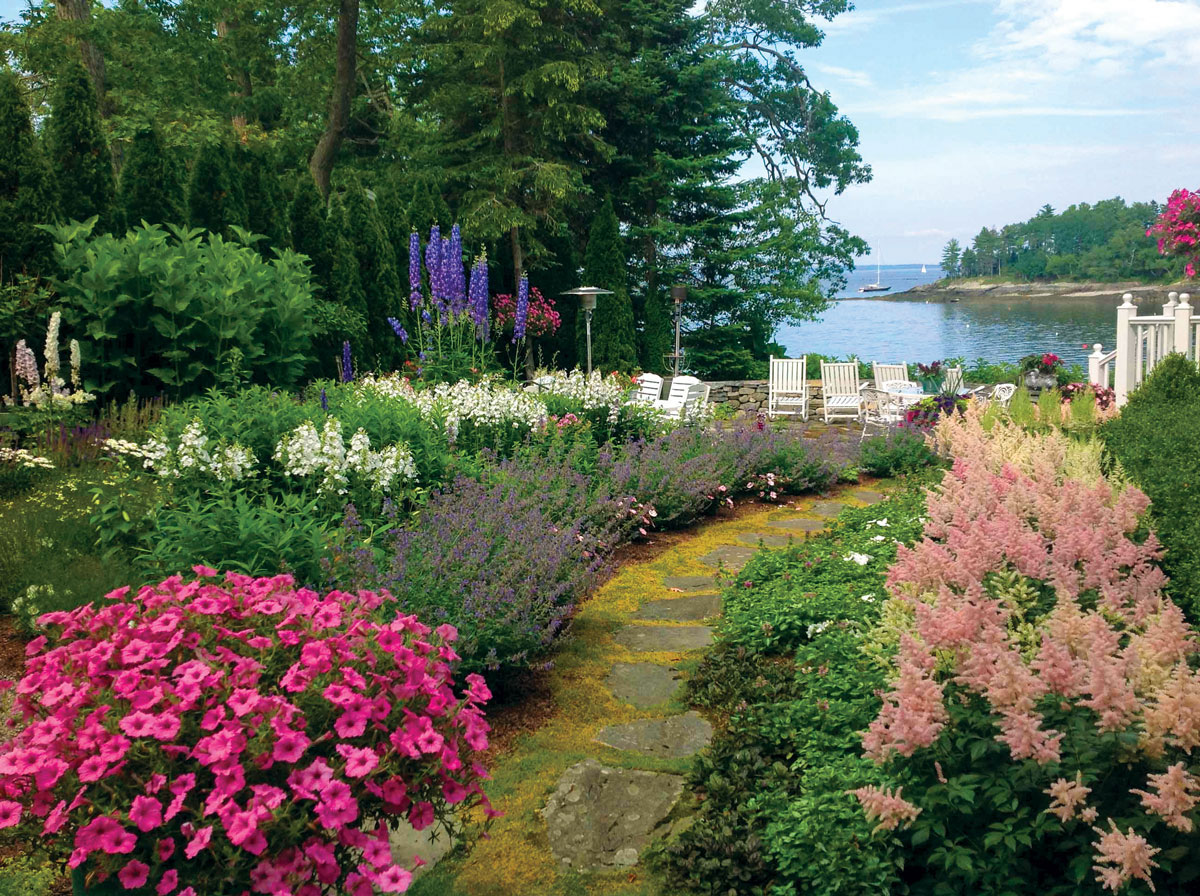 The Camden Garden Club celebrates its 100th anniversary with a house and garden tour that steps back to its early years.

Digging for a way to beautify their Penobscot Bay village, a group of determined women formed Maine’s first garden club in Camden in 1915, aiming to “cultivate the art of gardening in its fullest sense, together with the development and preservation of the beautiful.” Today, that beauty is on full display for the thousands of tourists who pour into Camden every summer. The baskets of blooms hanging from downtown lampposts, the flowers on the traffic islands, the manicured gardens in the town parks — they’re all the work of the Camden Garden Club.

“Camden is very lucky,” says town manger Patricia Finnigan. “We have a beautiful harbor and mountain, but what people think about when they drive into Camden are the beautiful plantings. They think of the aesthetic, and that really comes from the garden club.” 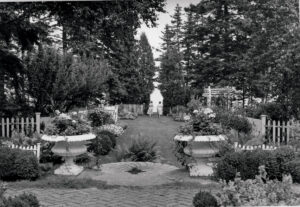 This summer, the club celebrates its 100th anniversary by putting a retrospective spin on its annual house and garden tour on July 16. The tour typically draws up to 1,000 people, from locals eager for a peek behind their neighbors’ gates to serious gardeners who whirl into town on charter buses from around the country. One group of women flies in from California. Some people even plan their vacation around it.

“All of the grand old estates have been on the tour at one time or another,” says club member Judy McGuirk, who helped archive the club’s history for the Camden Public Library’s Walsh History Center. “Some have been on year after year, but they make changes in their flowerbeds, so people don’t mind.”

As a little girl in 1948, Elizabeth Moran stood on the lawn of Hill Acres, one of the town’s grand manors, and watched guests saunter up during the Camden Garden Club’s first house and garden tour. “I remember thinking, ‘Oh, these ladies are so elegantly dressed in their lovely hats and gloves and high heels,’” recalls Moran, now the club’s president.

Unfortunately, Hill Acres was destroyed by fire in the 1970s, but another home from that first tour is on this year’s schedule — the infamous “Spite House,” built in Phippsburg in 1806 by Thomas McCobb to spite his stepbrother, who had inherited the family homestead. It was moved by barge to its current home, Rockport’s Deadman’s Point, in 1925. Two homes formerly owned by the club’s founding members — the elegant brick Red Chimneys and the Queen Anne–style Harbor Hill — also are on the tour, which comprises four houses, three gardens, and two inns. There will be historical exhibits, floral needlework displays, container gardens, antique cars, a craft boutique, and lemonade served at the Whitehall and Norumbega inns.

The club’s original 24 members were from Camden, Rockport, Rockland, and Belfast. In addition to planting flowers, improving village roadways, and caring for the Civil War Soldier’s Monument on Main Street, members taught gardening to schoolchildren, held flower-arranging shows, and delivered Christmas baskets to struggling families. The tradition of decorating the town’s lampposts with hanging flowerpots began in 1925. Today, the club’s 123 members care for many of the town’s public gardens, such as the children’s amphitheater at Laite Beach Park and the Village Green. They also raise money to plant trees and provide educational scholarships. The tour is the group’s largest fundraiser and nets up to $28,000, which pays for the plantings.

“There’s probably not a public space in Camden that we haven’t touched at one time or another,” says McGuirk. “We’ve even planted trees at the town dump.”