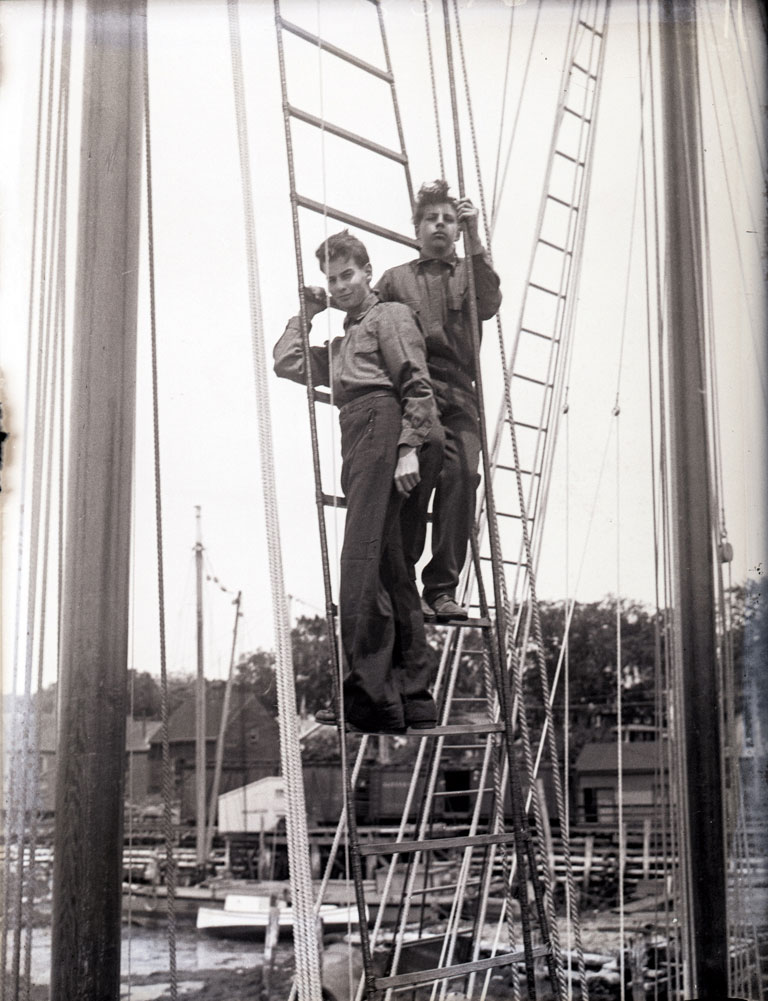 Kennett Rawson, 15, and Joseph N. Field, 14, are about to embark on a great adventure, a three-month voyage to the sub-Arctic aboard Commodore Donald B. MacMillan’s schooner Bowdoin in 1926. The boys, who climbed into the Bowdoin’s rigging for this photograph while the ship was in its home port of Wiscasset, made national news as two of three teenage members of the Bowdoin crew (so, too, did the three women on board the Bowdoin’s sister ship, Sachem III). Their mission: to study what were believed to be Norse ruins in Labrador and Greenland and to collect specimens for the Field Museum of Natural History of Chicago, then headed by Joseph’s father, Stanley Field. It was the second of four Bowdoin voyages for Kennett, whose father, Chicago banker Frederick Rawson, sponsored the exhibition. Three thousand people and the Wiscasset town band would greet the explorers in September when they returned with several hundred species of birds, fish, and other animals, including a 1,500-pound walrus shot in Melville Bay, as well as compelling evidence of a Nordic settlement that would be the focus of a future MacMillan journey. As for the boys, Rawson grew up to be a publisher of bestsellers like The Complete Scarsdale Medical Diet, and Field became vice president of the famous department store chain founded by his great uncle, Marshall Field.