Expert advice on how to make your own Maine classic (plus how to buy lobster from afar). 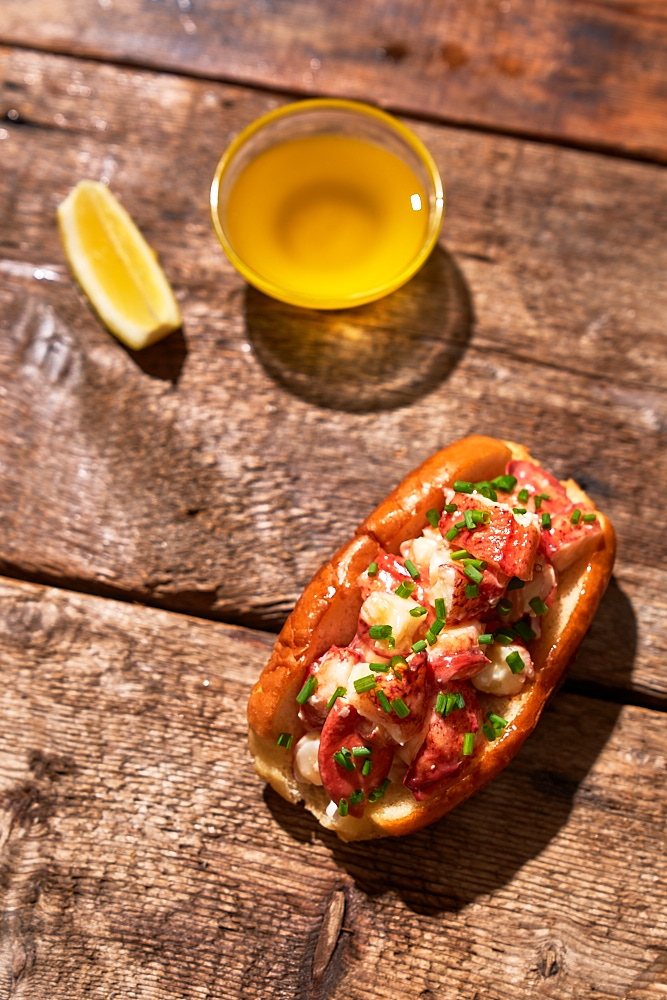 Now is normally the start of lobster season, but in light of the COVID-19 shutdown, there’s no saying when the shacks that dot the Maine coast will get back to business as usual. Bree Birns owns one such outpost, McLoons, in South Thomaston (315 Island Rd.; 207-593-1382). Perched on the craggy edge of Spruce Head Island, the red clapboard stand is a fixture on the perennial listicles of must-have New England lobster rolls (and as a 20-minute drive from this magazine’s headquarters, it’s a summerlong siren of leisurely lunch breaks). For roll lovers itching to chow down sooner rather than later, Birns has a few DIY tips.

The lobster. If you can, buy freshly picked meat from a seafood market. “You can tell just by looking at it if it has a nice amount of moisture in it,” Birns says. “And one thing to watch out for is whether you’re getting just knuckle and claw, or tail too.” (Tail meat packs the most flavor, and she uses all three for “the full lobster experience.”) If you cook  and pick your own bug, Birns advises dropping it in an ice bath as soon as it’s done, to keep the meat from toughening.

The bun. “If you want to do it the Maine way, you have to use a split-top roll,” Birns says, “and it’s almost like the crappier you go on the brand, the better. You don’t want a beautiful, substantial piece of bread, because it’s only supposed to be a toasted, buttery vessel for the lobster.”

The finish. Be liberal with lobster, sparing with everything else. “If you like mayo, just put a little on the inside of the roll, like you would with a regular sandwich,” Birns says. “A little warm butter is good to drizzle over. A squeeze of fresh lemon or some fresh herbs to fancy it up would be fine, but I wouldn’t do much else to it.”

Let the Lobster Come to You

Plenty of Maine seafood markets and lobster pounds ship lobster, either live or picked and packaged. Many, like Portland’s Harbor Fish Market, can also send steamers, chowder, and other sides from the sea. Some, like Rockport’s Graffam Bros., can toss in saltwater taffy and other Maine-y treats, and a few, like Trenton Bridge Lobster Pound, are offering “quarantine specials.” McLoons will even overnight easy-to-assemble lobster-roll kits. Find a handy directory of lobster shippers at lobsterfrommaine.com.