How Portland’s Washington Avenue Became All About Food

The once-overlooked industrial strip is the hub of Portland chefdom. 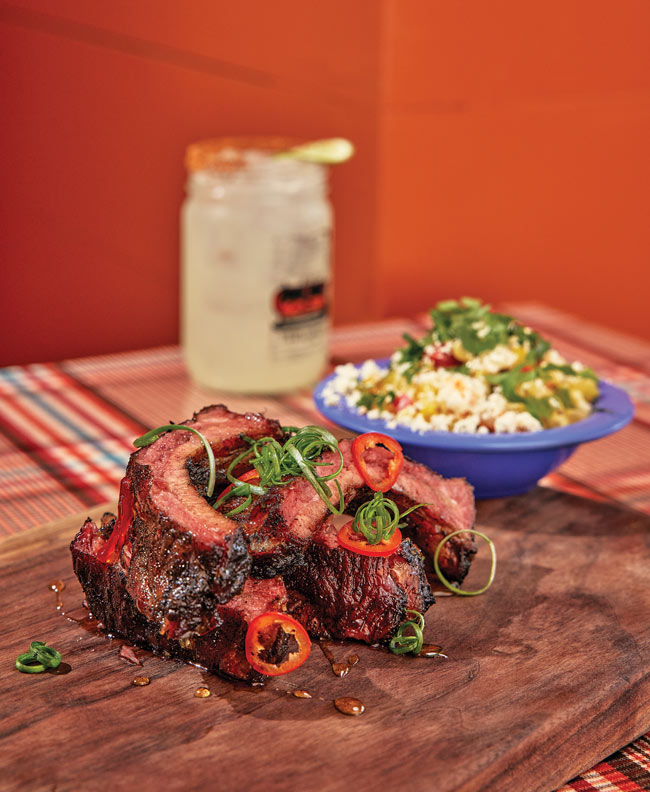 Through much of the 20th century, John. J. Nissen Baking was Washington Avenue’s defining feature, the company name spelled out in big white letters across the factory’s block-long brick facade. The aroma of old-fashioned doughnuts, hot-dog buns, and sandwich breads baking in industrial ovens buffered against whiffs of the sewage plant located on the other side of Munjoy Hill. Now, more than two decades after Nissen moved out of town, a fresh set of smells drifts along Washington Ave., including the scent of sesame-chili oil and pickles that accent fiery gà nước miếng (“mouthwatering chicken”) at Cong Tu Bot, the neon-lit pinnacle of East Bayside hipness, which has occupied a ground-floor corner of the old bakery building since 2017.

The interplay of savory, sour, salty, and sweet at Cong Tu Bot — as in the rice vermicelli with caramel pork patties, scallion oil, peanuts, and fish sauce — last year made chef and co-owner Vien Dobui a finalist for the James Beard Foundation award for best chef in the Northeast (before the awards ceremony was canceled due to the pandemic). In addition to Cong Tu Bot, the old Nissen compound contains a taproom, a gin distillery, a meadery, and a natural-wine shop, and the adjacent few blocks host more than a dozen restaurants, most of which appeared in the past five years.

Marc Fishman, a commercial real estate broker who’s worked in Portland since the early ’90s, says a few key factors came together to transform Washington Ave. from a gritty industrial corridor into the epicenter of ambitious, creative cooking in Portland: Once Nissen left town, affordable space was suddenly in ample supply; the success of restaurants like Munjoy Hill’s Blue Spoon demonstrated that enterprising establishments could succeed beyond the bounds of the heavily touristed Old Port; and Old Port rents started getting exorbitant. By 2010, Fishman says, “development was long overdue.”

Since then, Washington Ave. has developed into an intercontinental buffet, with options ranging from Spanish to East African to Vietnamese. There are Salvadoran-style meat- and cheese-stuffed pupusas at Tu Casa, gravy-drenched poutine at Duckfat Friteshack, Japanese-style fried chicken at Izakaya Minato, and fresh Maine oysters at The Shop. Across from Cong Tu Bot sits Terlingua, the Tex-Mex barbecue joint whose pork ribs are smoked until a thick bark forms and the meat falls off the bone. Farther down the street, Philly-style sandwich shop Ramona’s serves a hulking, decadent City of Brotherly Love classic: a hoagie stuffed with roast pork, broccoli rabe, and provolone.

At this point, it feels as if Washington Ave. has one of everything — in addition to the restaurants, there’s a kombucha maker, a cheese shop, and an African grocery. How many culinary niches are left to fill? Fishman notes that while there’s still room to grow into underutilized spaces, at some point, Washington Ave. will hit a saturation point, and rents will get prohibitively expensive for scrappy new restaurateurs. After that, the question becomes where the cutting edge of Portland’s cooking culture — and all the good smells that come with it — will head next.