Saxophonist Evan Smith, of indie-pop band Bleachers, brings the heat to the stage and to the table. 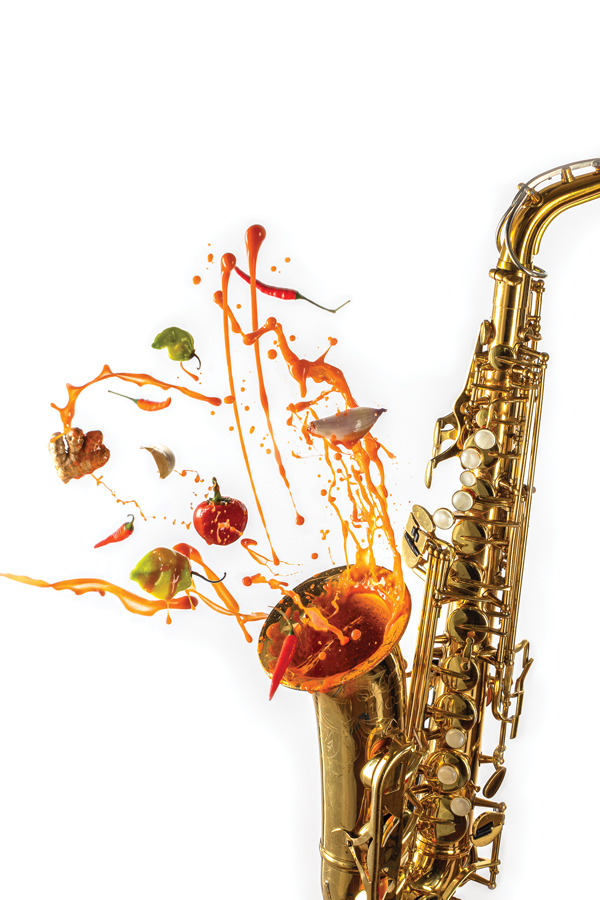 Saxophonist Evan Smith tours with indie-pop band Bleachers, and last year, he featured on hit albums by Taylor Swift and Lana Del Rey. Previously, he’d accompanied Pink, the National, and Carly Rae Jepsen, to name a few. Also, he makes hot sauce. The 37-year-old Portlander started with hot sauce a few years ago, as a DIY gift for bandmates (before his music career took off, he’d worked a few jobs in kitchens). Soon, he had leased a small commercial production space in Kittery and was setting out Evan’s Rockin’ Hot Sauce at merch tables after shows, alongside the usual T-shirts, stickers, and vinyl. “It seemed to me like such a wild card, such a weird thing to have at a merch table,” he admits. But fans were into it, and the sauce quickly earned a following of its own. Last year, celebrity cook Rachel Ray, in her In Season magazine, praised its “herbaceous and vinegary” complexity. Indeed, one might say Smith’s hot sauce hits all the right notes.

30 Maine Pizzas You Have To Try