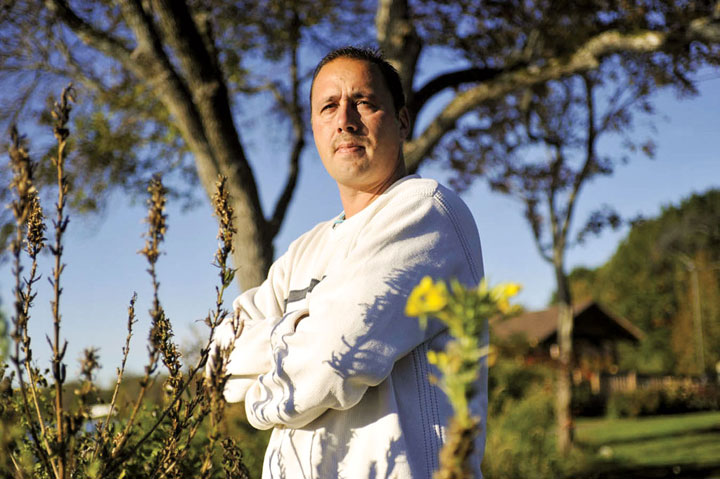 There was controversy in the council chamber. Kirk Francis can’t remember the issue, but he clearly recalls the heat of the room and a sense that he was being criticized. Not that he was a stranger to Penobscot tribal polemics. He’d been elected to the council seventeen years earlier and knew that “people here are passionate.” Since then he had managed two businesses and worked several years in Connecticut. Now he was back home on Indian Island.

And he was chief. He’d campaigned on an open-door policy, which meant the sofa outside his office often held waiting constituents; he was putting in ten-hour days to push his economic development agenda; and he was sitting at the head of the table at Tuesday council meetings. Now, inside the council chamber, the temperature was rising. Francis was thirty-seven, but among the elders he sometimes felt like the boy he’d been, growing up on the island under their watch. In that moment, as debate swirled, he understood in real-time that being chief did not make him unassailable.